Fed Crisis-Liquidity Function Reviewed for Potential Use by IMF Bloomberg

The pendulum swings The Economist. IMF World Economic Outlook: “A run of bad form for the world’s biggest economy.”

Crowding In and the Paradox of Thrift Paul Krugman, NYT

Fed Is Expected to Shift on Muni Bonds WSJ. “In a change of heart, the Federal Reserve will allow big U.S. banks to use some municipal bonds to meet new rules aimed at ensuring they have enough cash during a financial-market meltdown.” I am not sufficiently wonky to tease out the implications of this news. Readers?

Jon Corzine Considers Launching Hedge Fund WSJ. Fitzgerald said “There are no second acts in American lives” but he was wrong. If you’re a C-suite executive on Wall Street, you get a second act, a third act, a fourth act….

Greek default necessary but Grexit is not Wolfgang Münchau, FT

As Congress takes on Iran Deal, it should Remember its Iraq Blunder Juan Cole

How Bush Won the War in Iraq – Really! Greg Palast

Five years after the Deepwater Horizon oil spill, we are closer than ever to catastrophe Guardian

Bernie Sanders ‘making sure’ of enough money to challenge Clinton Politico. Bernie’s the one who should travel by van!

EXCLUSIVE: Jeb Bush, Nigeria and the FBI – How a business deal soured Naples Daily News. Oppo researchers take note: What’s interesting about both this story, and the Times followup, is that neither mentions that the same company Jebbie was helping out, South Florida’s MWI Pumps, also “knowingly” installed “faulty pumps” in New Orleans, post-Hurricane Katrina. So Katrina was “working very well” for one Bush dynasty member, at least. It’s an ill wind…

The Ghost of Cornel West The New Republic. I thought TNR was done with the hippie punching?

Just A Snapshot of a Few of the Many Who Brought a Postal Privatization Effort to a Standstill. Daily Kos

Rauner’s dangerous talk of Chicago schools bankruptcy Crains Chicago Business. I don’t understand. What could be “dangerous” about converting CPS entirely to charters?

“But you don’t love security enough so that you guide your life by it, Meg. … Security is a most seductive thing. I’ve come to the conclusion that it’s the greatest evil there is.

Big other: surveillance capitalism and the prospects of an information civilization (PDF) Journal of Information Technology. Creeps me out:

The institutionalizing practices and operational assumptions of Google Inc. are the primary lens for this analysis as they are rendered in two recent articles authored by Google Chief Economist Hal Varian. Varian asserts four uses that follow from computer-mediated transactions: ‘data extraction and analysis’, ‘new contractual forms due to better monitoring’, ‘personalization and customization,’ and ‘continuous experiments.’

FBI admits flaws in hair analysis over decades WaPo. “The cases include those of 32 defendants sentenced to death.”

A bill to fix America’s most dangerous computer law Techdirt

Vulfpeck … the band who made $20,000 from their ‘silent’ Spotify album Guardian. Roll over, John Cage!

Plant this with that: The science and folklore of companion planting Bangor Daily News

Can You Be a Waitress and a Feminist? NYT

Why You Need Boredom, Distraction, and Procrastination in Your Life Lifehacker

Data Is the New Middle Manager WSJ. The article is about startups. How many startups are industry, as opposed to business? Truly value-creating, as opposed to froth-driven manipulation? And how much of the supposedly flatter hierarchy is really just coded into the software, through, say, access privileges? “All [our employees] have access to the same data we have access to.” Really? I don’t believe that for a minute.

Payday at the mill Portland Press-Herald. How private equity firm Cate Street Capital preyed on people desperate to “save the mill” and looted the state of Maine, with the help of the Pierce Atwood Law firm and the rest of Maine’s political class, including leaders in both parties. Ka-ching. 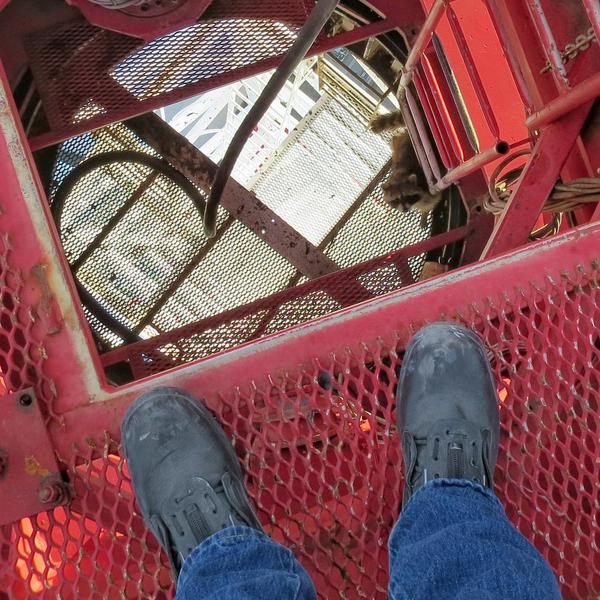