“Hillary Clinton’s smartest move: Say no to TPP, and join the Warren/Krugman forces” [Salon]. When you’ve lost Salon…. To be fair, this isn’t Joan Walsh writing, and the author writes of “the Obama coalition” with a straight face. Still, a straw in the wind.

Orrin Hatch: “We’ve still got a lot of raindrops to run through here without getting splashed [FT, “Republicans push Barack Obama to rally Democrats for TPP vote”]. Those aren’t raindrops, Senator….

“As Hatch explained, at the moment there are too many Tea Party defectors on the right side of the aisle and too few Democrats willing to vote the bill forward. He seemed to suggest that it would be easier for Obama to cajole Democrats to get behind fast track than it would be to budge the Tea Party resisters” [Fiscal Times]. After you, Alphonse….

“House Republican opposition to sweeping trade legislation isn’t breaking down along traditional Tea Party-GOP establishment fault lines. …. Most defections, however, will come from rank-and-file conservatives who think it’s flat-out dangerous to give Obama any more authority” [The Hill].

Obama meets with New Democrat Coalition: “[Obama] acknowledged it’s a hard vote and he made it clear that if any of them needed and wanted him to campaign for them, he would support them on the campaign trail, the staffer said” [KETV]. Obama does have coattails, at least in the Senate.

Pelosi, after lunch with Obama and that meeting: “I don’t think enough of our issues have been resolved for us to be having a big movement of votes toward the bill” [The Hill].

A new Associated Press-GfK poll shows that 6 in 10 people, or 61 percent, said “honest” describes Clinton only slightly well or not at all [WaPo]. Compared to?

Bill: “The former president said his charity has never done anything ‘knowingly inappropriate'” [NBC]. Weasels everywhere: “He stole my words!”

Cruz, Graham, Santorum, Perry, Bush lead the charge against radical Islam in South Carolina [Bloomberg]. Which makes sense, in a way. I mean, South Carolina is on the ocean the millions of ’em would have to swim over. So it makes sense to stay vigilant.

Fiorina to do for the country what she did for H-P [WaPo]. And her campaign forgot to register CarlyFiorina.org, on which her famous “demon ship” ad now appears. To be fair, Fiorina’s really angling to be the toast of the Hillary H8ter circuit, which is quite well funded, just as Graham is on the anti-Islam circuit (dittoez). So who am I to be critical of their career choices?

Ben Carson announces: “I don’t wander off into those extraneous areas that can be exploited. I have learned that” [WKRC]. Gospel choir sings Eminem.

Attorney who gave Christie a pass on Bridgegate had close ties to Christie [International Business Times]. Shocker! And so what if Christie ends up with plausible deniability? Who picked the staffers — the “Neener Neener” Junior High School-style antic-mongers — anyhow? That would be Christie, candidate for Preznit.

Squillionaire-funded “Change the Rule” effort petitions Commission on Presidential Debates to open debate to one third party candidate [The Hill]. The Green/Libertarian effort would open debate to any party with 270 electoral votes-worth of ballout access.

Gallup Consumer Spending, April 2015: “[U]p from March but down from several monthly averages in 2014” [Bloomberg]. “[T]he trend over the past two years is mixed, without the clear upward trajectory measured in 2012 and 2013.”

Factory Orders, March 2015: Up as expected, after seven months of decline, on civilian aircraft and motor vehicles [Bloomberg]. “The pop in March ends the first quarter on a positive note but the early indications on the second quarter, despite expectations of an outsized weather boost, have all been soft.” “Orders for capital goods in general were mixed, up only 0.1 percent on the core, which excludes aircraft, and extending their downward slope” [Mosler Economics].

“‘Our demand is simple,’ Elzie said. ‘Stop killing us'” [New York Times]. It’s worth noting that ACT-UP, a very successful movement that somehow nobody remembers, also arose out (among other things) the pervasive death of loved ones.

Ferguson: “[A] City Council that’s been grappling with declining revenues voted unanimously in a closed meeting to hire one of the nation’s most distinguished and highest-paid trial lawyers to navigate what could be a prolonged and expensive reform process [St Louis Today]. $1335 an hour. Priorities!

Fairfax County cops whack Natasha McKenna with her hands cuffed and legs shackled [WaPo]. With a taser. But it did the job!

“For now, the thrust of Texas’ strategy is to build major water supply projects. In 2013, voters backed the creation of a $2 billion revolving loan fund to front the money for local entities to pay for the new water projects such as reservoirs and pipeline projects” [Tyler Morning Telegraph].

“Across the state, water agencies including Riverside Public Utilities are offering rebates to homeowners and businesses to take out their lawns and replace them with drought-tolerant plants as part of the campaign to reduce water use” [Press-Enterprise]. So long as they don’t also give rebates to Astroturf, which can only increase runoff.
Store the water in the ground!

“Power capacity at Hoover Dam, on the Arizona-Nevada border, has dropped nearly 25 percent since 2000. In California, home to 287 hydroelectric plants and where almost half the state today is classified as being in “exceptional drought,” hydropower has fallen 60 percent in the past four years” [Albuquerque Journal].

“Experts say the East Coast’s plentiful water could cost cents per gallon to Californians and provide a stable, potable water supply for small communities” [CNBC]. Solution is to deliver by rail, says BNSF (brilliant pure play on drought by Buffet). Better than train bombs, I guess!

And if Carl Heastie, post-Sheldon Silver era Assembly Speaker, hasn’t been indicted, he should be [City and State]. Sheesh, what’s a guy like Al Sharpton doing with these jamokes from the Bronx machine, anyhow?

Rahm wants to fund Chicago schools with a casino [Chicago Now]. This scam was tried at the state level in 1989. Since money’s fungible, the gambling money went to the schools, alright, but other sources were cut, so the schools were still net losers. Mission accomplished!

“As of mid-April 2015, the UN’s World Food Program estimated that twelve million Yemenis do not have consistent access to adequate food [Council on Foreign Relations]. Our friends, the Saudis.

“‘Fire at every person you see’: Israeli soldiers reveal they were ordered to shoot to kill in Gaza – even if the targets may have been civilians” [Independent]. Our friends, the Israelis.

“[M]any public pension funds committed to private equity have been adopting a more customized approach to PE” [Working Capital Review]. Idea: Instead of outsourcing our retirement to looters and thieves, fund enough to retire in dignity through social insurance. 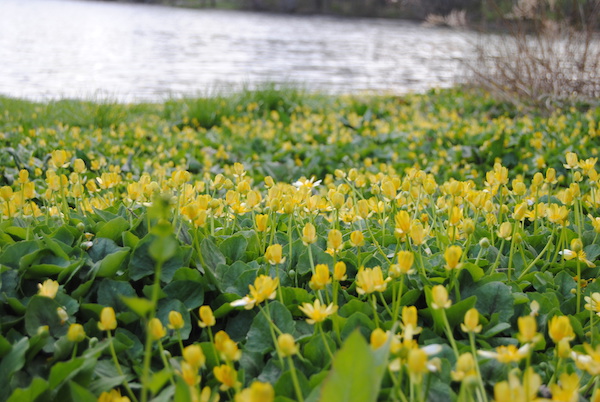