Yves here. This post is important in and of itself, and also serves as an opportunity for a reminder: Please keep up your calls to your Senators and Congressman against the Fast Track. As we’ve said:

So your calls are critical to stiffening the spine of the rebels and letting the traitors know that voters will take their vengeance for a sellout in the next election. As reader Kokuanani pointed out:

As I’ve posted elsewhere with regard to contacting your Senators and Rep., NUMBERS COUNT. The staff members reading e-mails and answering the phones are only reporting the volume of incoming communication and which “side” it supports. Your fabulous essay on the evils of the TPP and Fast Track will never reach the voting member. So don’t waste your time writing it.

Pick one or two arguments [e.g., “secrecy”] and make them. Briefly. Like a sentence or two. Spend the rest of your time getting friends and family to contact Senate offices. The e-mail forms [links provided by Yves] make this ridiculously easy. All you need is a zip code showing you’re in the state. You can walk your pals through the process.

I don’t know how effective contacting the DNC would be, but it can’t hurt, and can alert them that they can’t rely on you for fund-raising or votes.

Needless to say, if you are in Pelosi’s district, it’s even more urgent for you to call and let her staff know you know what she is up to and you don’t approve at all.

So please keep the pressure on next week, and get the word to friends, family, and other allies. Here are the Senate contact details and those for your Representative. 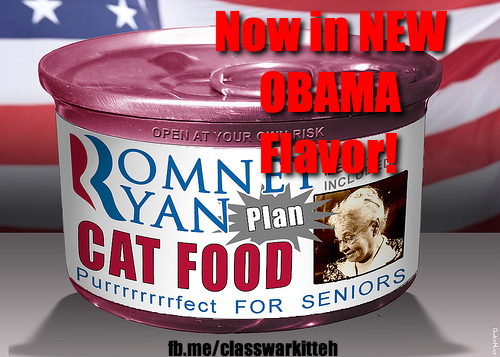 Pelosi was a perp on Obama’s failed Chained CPI proposal as well — another Obama–Paul Ryan pro-wealth project. Not a great choice for a “San Francisco liberal” to be making.

It looks like this early statement, about which I got some pushback, is proving true. Just as Chuck Schumer was the behind-the-scenes enabler on Fast Track and TPP in the Senate — he voted No but privately organized the Fast Track set of bills so they would pass — Pelosi is the behind-the-scenes enabler of TPP in the House. According to one report (see below), she might even vote No, so long as it passes with votes other than hers.

Publicly, Pelosi has said both (a) she’s neutral and (b) she’s seeking a “path to yes.” Sounds like a contradiction, and it sounded so at the time. About her supposed neutrality, here’s the New York Times (my emphasis throughout):

Representative Nancy Pelosi of California, the minority leader, who has yet to declare her position, has told House Speaker John A. Boehner of Ohio that he will have to produce 200 Republican votes to win the 217 he needs. In other words, she is not promising a single new convert.

That’s the spin, and it’s being repeated elsewhere as well. It’s also not true. According to two sources, in private Pelosi is working “almost on a daily basis” to get Fast Track to pass, and with it, TPP. Evidence comes from Greg Sargent at Plumline and from Politico. Let’s start with Sargent and the problems around Fast Track’s associated Trade Assistance bill.

If the Trade Assistance Bill Fails, Fast Track and TPP Will Fail

Which means, to get Democratic votes for Fast Track and TPP, they need to enact a so-called Trade Adjustment Assistance (TAA) bill along with it, to lessen, if only slightly, the damage to American workers. Republicans hate lessening damage to American workers, however — remember all those unemployment compensation fights — so there are a lot of Republicans who don’t want TAA to pass.

And the TAA bill passed by the Senate is “paid for” by cuts to Medicare. (Yes, you read that right — Medicare cuts.) So right now, TAA is in trouble from both the left and the right. Bottom line, no TAA, no TPP. Enter Nancy Pelosi.

Many Democrats hate the Medicare cuts (or can’t afford to seem not to). Many Republicans hate the TAA itself. So the deal is in trouble — remember, no TAA, no TPP. What does Nancy Pelosi do? When it looks like the deal could fail, she goes to bat for the deal.

Pelosi is taking the possibility of a failed TAA vote in the House seriously. A Pelosi aide tells me that she is negotiating with GOP leaders to find a new pay-for to replace the Medicare cuts, since keeping them could end up killing it.

If Pelosi is opposed to Fast Track, she could let it die by letting TAA die. That’s what Alan Grayson would do. After all, if there’s no fast track for a job-killing “trade” bill, there’s no need for worker assistance to mitigate the damage. Pelosi is working to enable the Fast Track and TPP deal, to keep it alive. She obviously wants it to pass.

Now from Politico, this gut-churner on Obama, Pelosi and TPP. It opens with the bottom line:

Administration officials have been so impressed by Nancy Pelosi’s approach to negotiations over giving President Barack Obama “fast-track” trade authority that they’ve started to consider a crazy possibility: She could even vote for it herself.

But only if she has to.

“But only if she has to”? If she’s in favor of TPP why should she hide her hand in passing it? Feel free to make your best guess at the answer. Mine is, for the sake of appearances. For more on Pelosi controlling appearances, see the last quote in this piece.

The next few paragraphs are very Pelosi-friendly, but hard to credit once you get to these passages:

Obama aides say they don’t know how Pelosi will vote in the end, but they gush about how hands-on she’s been, how accommodating she’s been in letting them make their case, how critical she’s been in saying nothing about her position to give her fellow Democrats cover to get to yes.

“I applaud the leader for creating enough space to really evaluate this legislation,” said Rep. Ami Bera (D-Calif.), who announced his support for TPA last month and has become the anti-TPA effort’s top target to scare others into voting no. “She’s done a good job creating that space.”

That’s “New Democrat” Ami Bera, who’s being hit hard in his district for his declared Yes on TPP. Ami Bera wants to publicly “applaud” Pelosi for her work with Democrats, to “create that space” so Democrats can “get to yes.”

The White House hopes Pelosi’s going to put her thumb on the backs of however many necks she needs, forcing yes votes among the more reluctant but safe members, letting the more endangered members off the hook, finding votes and trading votes until she gets to the 24, or 25, or 26 that she needs. …

“Her position is that she wants to get to yes and she is talking about this almost on a daily basis,” said a senior House Democrat.

Ignore the schizophrenia in the article about how she doesn’t know how she’s going to vote despite everything else it says about her effort. All she cares about, based on her reported behavior, is controlling her own appearance, her brand, as being “pro-worker” — and helping other pro-TPP members control their own appearances, as the above quote makes abundantly clear.

If she doesn’t want to tag herself that way — and apparently she doesn’t — it falls to us to tag her. Nancy Pelosi, lead House perp on the biggest anti-worker bill of this generation. Considering the damage TPP will do, I’d gladly pay to put that on her tombstone.