Readers, I have recategorized this section. I had been filing items in candidate- and party-focused buckets, but I think that’s encouraging people discussing their votes or, worse, proselytizing for candidates or even parties. We have Kos, Reddit, and any number of conservative sites for that. I hope this recategorization encourages discussion of policy and structural issues, though I have to confess I love the human interest of the campaign trail, which is in there too. I’m retaining the Clown Car because the stupid! It b-u-r-r-n-n-n-n-s!!!!!

Clinton advisor Teresa “Ghilarducci’s big idea is to create government-run, guaranteed retirement accounts (“GRAs,” for short). Taxpayers would be required to put 5 percent of their annual income into savings, with the money managed by the Social Security Administration. They could only opt out if their employer offered a traditional pension, and they wouldn’t be able to withdraw the money as readily and early as with a 401(k). The government would invest the money and guarantee a rate of return, adjusted to inflation” [National Journal]. Because fiat money is only for banksters.

“The Donald has pledged to self-fund his campaign, but his cash position isn’t even close to what he would need to make it to the White House” [Politco].

Tough call whether to file this under “Policy” or “Money,” eh? Clinton’s Wall Street speech:

“Criminal Inquiry Is Sought in Clinton Email Account” [New York Times]. National security stuff, of course, not privatization or corruption. “It is not clear if any of the information in the emails was marked as classified by the State Department when Mrs. Clinton sent or received them.” But since Clinton privatized her server, it’s a fair point that the potential is there.

“Rep. Elijah Cummings (D-Md.) is rebutting reports that the State Department has formally requested a federal criminal investigation into Hillary Clinton’s use of a private email server while she was secretary of State” [The Hill].

UPDATE As part of close reading of the news, I’ve been saying “note lack of agency” for years. Now WaPo does the same thing, reviewing how the Times altered its headline, lead, and URL (thorough!) for the email story [WaPo].

“Rising pressure on cable and Internet providers to shift away from the TV bundle — a big source of traditional income — could force cable companies to raise the price of their other products, namely broadband” [WaPo]. Because markets.

“Senate Republicans are pushing a measure to bar the Federal Communications Commission from regulating broadband Internet rates under its net neutrality rules” [The Hill].

PMI Manufacturing Index Flash, July 2015:  “holding steady”   [Bloomberg]. “little change for the manufacturing sector this month, a sector that has been struggling this year and looks to continue to struggle through the second half.”

New Home Sales, June 2015: “[T]he headline plunged 6.8 percent to a far lower-than-expected annual rate of 482,000 and where revisions erased 40,000 from the prior two months. ” [Bloomberg]. But: “I view today’s reading for the typically volatile new home sales data as statistical noise, most likely just a hiccup on the path to a healthier housing sector” [Across the Curve]. And: “Econintersect believes there may be a New Normal seasonality and using data prior to the end of the recession for seasonal analysis could provide the wrong conclusion” [Econintersect].

Coincident indicators: “There is general agreement that the economy is expanding – but most show the rate of growth is flat (not speeding up or slowing down) or decelerating,” although coincident indicators are subject to backward revision. [Econintersect]. “The economy is expanding at main street level.” True on my Main Street, but I always view Maine is the laggingest indicator possible, because we’re marginal and poor. If the wave has reached us, it’s about to recede (although my priors come from the general Maine weltanschauung that a lovely summer means we’ll be terribly punished by winter (“We’ll pay for this”). Do any readers know of a Maine Index?

Median household income: “The apparent decrease in the median by $235 from May 2015 was not statistically significant” [Econintersect].

“Apple Inc.’s cash topped $200 billion for the first time as the portion of money held abroad rose to almost 90 percent, putting more pressure on Chief Executive Officer Tim Cook to find a way to use the funds without incurring U.S. taxes” [Bloomberg].

“‘Gold has always had a dual nature as a currency and a commodity,’ [Macquarie Group Ltd] wrote in the report. ‘At present, it is not desired in either form'” [Bloomberg].

“Economic projections prepared by Federal Reserve Board staff as background for the June 16-17, 2015, meeting of the Federal Open Market Committee (FOMC) were inadvertently included in a computer file posted to the Board’s public website on June 29” [Federal Reserve]. Oh?

Sandra Bland: “a number of comments culled from online forums suggest that even in [the police] community, the issue is not one-sided” [HuffPo].

“[President Charles Rice,] president of the U.S. military’s medical college said he took swift action after learning in 2013 that John Henry Hagmann, a former Army doctor teaching there, was injecting students with hypnotic drugs, inducing shock by withdrawing their blood, and performing rectal exams in class” [Reuters]. “[R]ecords reviewed by Reuters, including the university’s own investigation, show that school officials had known of Hagmann’s teaching methods for more than 20 years. The records also show that three faculty members sat in on Hagmann’s course in 2012 but did not alert their superiors.” And: “One former dean even pushed to have Hagmann court-martialed in 1993 over similar allegations, records show.” I’m surprised to find myself doing this, but well done, that Dean. And why “former”? Bring that Dean back and make them President!

“That time the Internet sent a SWAT team to my mom’s house” [Boing Boing]. Hearty thanks to both legacy parties for building the infrastructure that made swatting possible!

“Bank of America, Goldman Sachs Group (GS) and J.P. Morgan Chase are among 22 financial companies accused of colluding to manipulate auctions of U.S. Treasury securities in a lawsuit filed by investors” [Pensions and Investments]. “The $4.1 billion State-Boston Retirement System alleged the so-called primary dealers used electronic chat rooms and instant messages to inflate the prices of Treasuries they sold to investors and to deflate the prices they paid for those Treasuries at auction.” Why, the ingratitude! After all we did for them in the bailouts!

“Members of Congress, influential government contractors and high-ranking federal officials have a symbiotic relationship when it comes to managing the country’s nuclear weapons research and design facilities” [Reveal].

“Former Vice President Al Gore said this month that drilling for new sources of oil in the harsh Arctic conditions was ‘insane'” [Truthdig]. Obama cleared it.

“The Environmental Protection Agency’s (EPA) Clean Power Plan, which looks to cut emissions from existing power plants by 30 percent by 2030, is expected to hit coal-fired power plants especially hard” [The Hill]. So Big Coal CEOs are hysterical, but that’s a good thing. Kudos to Obama on this, at least.

“With care, offsets can help to reconcile development and conservation. But if they allow governments to renege on their commitments by stealth, biodiversity offsets could cause more harm than good” [Nature].

“After more than 30 years of side-by-side research in our Farming Systems Trial (FST), Rodale Institute has demonstrated that organic farming is better equipped to feed us now and well into the ever changing future” [Rodale Institute].

“Researchers identify plant cultivation in a 23,000-year-old site in the Galilee” [Eurekalert].

“It’s expensive to persuade someone to believe something that isn’t true. Persuading someone that _nothing_ is true, that every “fact” represents a hidden agenda, is a far more efficient way to paralyze citizens and keep them from acting. It’s a dark art, one with a long past in Russia and in the US, and one we’re now living with online” [Ethan Zuckerman].

Sad unicorns: “[A]mid a sea of headlines about billion-dollar valuations are many thousands of employees who stand to lose countless millions of dollars unless companies start to go public, or else sell to an acquirer” [TechCrunch].

“A single mother was placed under arrest by Houston police and later released after being accused of abandoning her children at a mall food court while she interviewed for a job just 30 feet away” [Raw Story]. But if she gets the job she’ll be able to afford a nanny!

“Pluto scientists were masters of the long haul – here’s how people stick with extremely long-term goals” [The Conversation]. Elites and the right clearly know how to do this. Does the left? For some definition of left?

“Universities have hired a bevy of academic administrators, paid handsomely, to handle the myriad structural and political demands of the modern multiversity: increasing graduation rates, maximizing student success, coordinating strategic planning, and conducting program reviews. As the number of well-paid administrators increased, there was less money available to hire tenure-track faculty. Courses still had to be taught, and hiring adjunct faculty became an academic godsend” [Belt (TG)]. Must read on adjunct organizing. Somebody should tell Belt their fershuggeneh fundraising pop-up can’t be closed on OS X in Firefox or Vivaldi. I had to read it in Safari.

“Web Design: The First 100 Years” [Idle Words]. The 1995 page style is a design statement. This is a great talk, well worth reading, especially if you want framing for why the glibertarian squillionaires who run Silicon Valley are bonkers.

“NASA’s Kepler mission has confirmed the first near-Earth-size planet in the “habitable zone” around a sun-like star” [Science Daily]. Hopefully we’ll deal with climate change, and Gaia will get the Ekumen to lift the Galactic Quarantine….

“Four-legged fossil snake is a world first” [Nature]. And now for the two-legged ones….

“Who, What, Why: Is it safer to cook rice in a coffee percolator to avoid arsenic?” [BBC] (original).

“This year, a start-up launched that lets lonely souls buy a text message-based significant other. Called Invisible Boyfriend or Girlfriend—depending on your gender of choice—the start-up relies on thousands of crowd-sourced workers to write messages to its customers. Each ‘boyfriend’ or ‘girlfriend’ is not a single person, but instead a rotating cast of workers being paid 5 cents per message to bring the lover created by the customer to life” [Fusion]. Deskilling emotional labor…

“[C]lose reading stimulates many more areas of the brain” than casual reading [Open Culture]. The study is of Jane Austen, but applies to modern media as well. “Early modern writers were just as aware of—and as concerned about—the problem of inattention as contemporary critics, Phillips argues, “amidst the print-overload of 18th-century England.” This sounds a lot like McLuhan’s distinction between “hot” and “cool” media; I’m picturing close reading being “hot” in that more energy is expended, and assuming casual reading is a lot more like watching TV, passively. So know we know why the humanities are good for people… 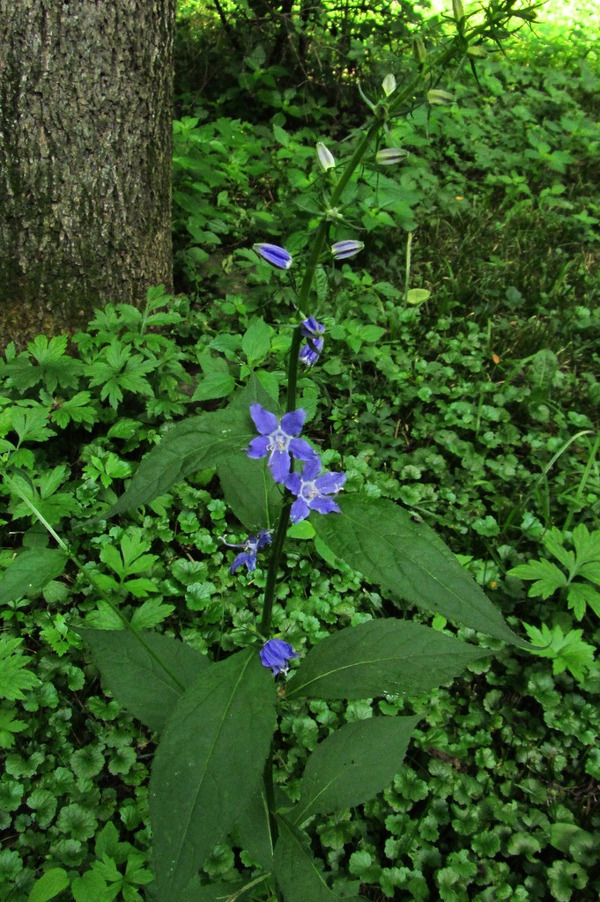