“Why Everybody Hates TPP” [CNNMoney]. [Oddly, or not, I had the link to the boa constrictor story here. Fixed!]

New Zealand: Oppostion demands that “That Corporations cannot successfully sue the Government for regulating in the public interest” [TVNZ]. In other words, that TPP not be the TPP.

Canada: “With a national election a few months away, the prospect of overhauling some of Canada’s biggest business sectors has politicians from all parties waffling on the agreement” [The Tyee].

Australia: “‘We’re particularly concerned when the Productivity Commission — and they’re not known for being anti-trade — comes out and says ISDS is a risk too far, that the benefits don’t outweigh the costs,’ [Matt Levey, spokesman for consumer group Choice] said” [ABC].

“The European Union will soon give the United States a formal proposal for revamping an investment dispute settlement mechanism that has raised concerns in Europe over the proposed Transatlantic Trade and Investment Partnership pact” [Politico].

Readers, I am recategorizing this section. I had been filing items in candidate- and party-focused buckets, but I think that’s encouraging readers to discuss their votes or, worse, proselytize for candidates or even parties. We have Kos, Reddit, and any number of conservative sites for that. I hope this recategorization encourages discussion of policy and structural issues, though I have to confess I love the human interest of the campaign trail, which is in there too. I’m retaining the Clown Car because the stupid! It b-u-r-r-n-n-n-n-s!!!!!

“As you’d expect from his “A+” NRA rating, Gov. Walker has no interest in strengthening background checks, but a majority of our constituents do. In 2013, a Marquette University Law School poll revealed that 81 percent of respondents statewide supported universal background checks” [Salon]. Walker and Sanders should talk….

Trump: “The RNC has not been supportive. They were always supportive when I was a contributor. I was their fair-haired boy” [The Hill]. “Fair-haired” doesn’t begin to describe it!

A sample of the sort of speech Clinton was so well paid to give [Wall Street Journal].

She didn’t answer the question, although, to be fair, no transcripts were permitted, so the answer may be incomplete. (Clinton added: “Adults need camp too.” Susan Sontag would be so pleased.)

Inside Hillary’s campaign headquarters (photos) [Politico]. It’s Brooklyn. Where’s the artisanal mayonnaise? And while we’re at it, where’s the sound-proofed script-writing room? How about the vaults where the dry powder is stored?

Trump is so popular because Americans are angry [Wonkwire].

NOTE * They’re all in it together. Hillary Clinton (“Mrs. Hubbard”) is, of course, played by Lauren Bacall. Not.

Leading Indicators, June 2015: “Housing permits for a second straight month fed an outsized gain” at the high end of the consensus range [Bloomberg]. ” Interest rates are also a positive, at least until the Fed raises its policy rate which is expected sometime later this year.”

Chicago Fed National Activity Index, June 2015: “June proved to be a slightly stronger month for the economy than expected, based on the national activity index” [Bloomberg]. “This report is a bit of a head fake, not reflecting the weakness in manufacturing and the special factor behind the decline in the unemployment rate.” Good explainer of this index (noisy, use the three-month): “The economy was growing faster last month based on the Chicago Fed National Activity Index (CFNAI) 3 month moving (3MA) average – but continues to grow (now insignificantly) below the historical trend rate of growth (but well above levels associated with recessions)” [Econintersect].

Jobless Claims, week of July 18: “Auto retooling, and related temporary layoffs, is always a major wildcard for jobless claims in July and are likely at play in a startling 26,000 fall in initial claims.” The 4-week average is less startling. [Bloomberg]. “Jobless claims data are hard to read at this time of year and there’s no guarantee of similar strength for the monthly report.” And: “Claim levels remain near 40 year lows” [Econintersect].

“Based on the moving average, today’s age 25-54 cohort would require 2.8 million additional people in the labor force to match its interim peak participation rate in 2008 and 4.1 million to match the peak rate around the turn of the century” [Econintersect].

The charts above offer strong evidence that our economy is in the midst of a massive structural change. The three mainstream employment statistics — unemployment, labor force participation and employment-to-population — all document an ongoing economic weakness far deeper than the result of a business cycle downturn.

“Japanese financial newspaper Nikkei has purchased the Financial Times for $1.29 billion from Pearson” [Politico]. So Pearson’s all in with its “educational” software, eh?

“The fear is that there will be no buyers if investors in junk bond ETFs panic and stampede for the exits. … We may be closer to that trigger than many investors realize. Bloomberg Business is reporting this morning that ‘SandRidge Energy Inc. bonds have lost almost 30 percent since June, while notes of miner Cliffs Natural Resources Inc. are down more than 27 percent.; The article also notes that bonds of distressed debt issuers ‘are on pace to lose more than 20 percent for the second straight year, the worst performance since 2008′” [Wall Street on Parade]. Gentleman prefer bonds. Until they don’t.

“Sandra Bland’s Voice Mail From Jail: ‘How Did Switching Lanes Turn Into All of This?'” [The Root]. Good detail.

Sandra Bland: “Talking on the phone after things have calmed down, Encinia and his boss sound like they may be discussing how Encinia is going to portray his side of what happened: or, in the vulgate, get his story straignt [The Marshall Project]. Provides a transcript, with the video clips.

“Ulysses S. Grant Died 130 Years Ago. Racists Hate Him, But Historians No Longer Do” [HuffPo]. I mean, seriously, what’s wrong with sending troops into South Carolina to crush the KKK? (It would be nice to see some #BlackLivesMatter people running for school board, to get all that neo-confederate propaganda out of the textbooks.)

“Three people killed by police in Chicago should be alive today, according to a retired cop who says he was fired for reaching that conclusion after investigating their deaths for the city” [Daily Beast]. “If the allegations made by Lorenzo Davis are true, then the authority charged with investigating the Chicago Police Department for police shootings and claims of misconduct since 2007 can no longer be trusted.” A good cop!

“European Central Bank Governing Council member Jens Weidmann said Thursday that the European Stability Mechanism could only give loans to solvent states and he suggested that Greece’s solvency was in doubt” [Market News].

“European Economic and Monetary Affairs Commissioner Pierre Moscovici said on Wednesday that creditor institutions were seeking to conclude talks with Greece on a third bailout in the second half of August” [Ekathimerini].

“Der Spiegel itself. It turns out the publication is home to what is most likely the world’s largest fact checking operation” [Columbia Journalism Review]. And to think we though fact-checking a peculiarly American phenomenon. But see Adam Gopnik on fact-checking. Then think about ordoliberalism. Then again, we are all prisoners of culture….

“How much have things improved? According to the 2014 American Society of News Editors (ASNE) census, the number of black newsroom employees has increased from “fewer than 5 percent” to … 4.78 percent” [Columbia Journalism Review].

“[P]lankton help to control clouds over remote seas far from land. These clouds in turn bounce the sun’s energy back into space” [The Conversation].

And despite the employers’ recovery, now that it can’t be un-bailed out, Chrysler makes no secret of its desire to phase out the top tier altogether. CEO Sergio Marchionne told reporters last year he wants to make first-tier workers “a dying class.”

“Why not let the CEO class be a dying class?” counters Asar Amen-Ra, a 40-year employee at the Chrysler subsidiary Mopar in Center Line, Michigan.

From his point of view, Amen-Ra says, “the point of bargaining this year should be to make all UAW employees whole, from the time we made all those concessions.” He means both the first and second tiers—and the union’s unacknowledged third tier, outsourced workers.

On the first, second, and third tiers, see this handy chart.

“A mass e-mail sent to new Uber drivers in New York City late last fall encouraged those drivers to ‘position’ themselves in the ‘busiest areas of the city’—Manhattan below the north end of Central Park, plus a swath of Brooklyn from Greenpoint south to Park Slope—if they hoped to receive a ‘guaranteed’ $5,000 for their first full month of driving” [Gothamist]. Uber is so sleazy. But wait! I thought Axelrove had hired corrupt pol Al Sharpton to ‘splain how Uber was sending drivers to underserved areas? How does this fit in with that?

“After the crash, can biologists fix economics?” [New Scientist (Synoia)]. “The problems start with Homo economicus, a species of fantasy beings who stand at the centre of orthodox economics. All members of H. economicus think rationally and act in their own self-interest at all times, never learning from or considering others.”

How a VC missed out on investing in AirBnB — he calls it “the collaboration economy” — and the lessons learned [Arenavc]. Fascinating for method, jargon, ethnography, everything.

“Before you decide to shoot that drone out of your backyard, there are a few important things you need to know….  [I]n the eyes of the law, a drone is a full-fledged aircraft” [Gizmodo]. I’d like a drone, so I could get a bee’s eye view of my garden….

“[A] new study finds that rats attacked by boas don’t die from a lack of air. Instead, the boa’s tight coils block the rat’s blood flow, leading to circulatory arrest” [Live Science]. Sounds like what happened to Greece…

“What Pet Should I Get? — a [lost manuscript] from famed children’s author Dr. Seuss (real name: Theodor Seuss Geisel) — publishes July 28.” I hope not a boa [Hollywood Reporter]. Readers, who many of you learned to read on Dr. Seuss?

Readers, feel free to contact me with (a) links, and even better (b) sources I should curate regularly, and (c) to find out how to send me images of plants. Vegetables are fine! Fungi are deemed to be honorary plants! See the previous Water Cooler (with plant) here. And here’s today’s honorary plant, a fungus (Michael): 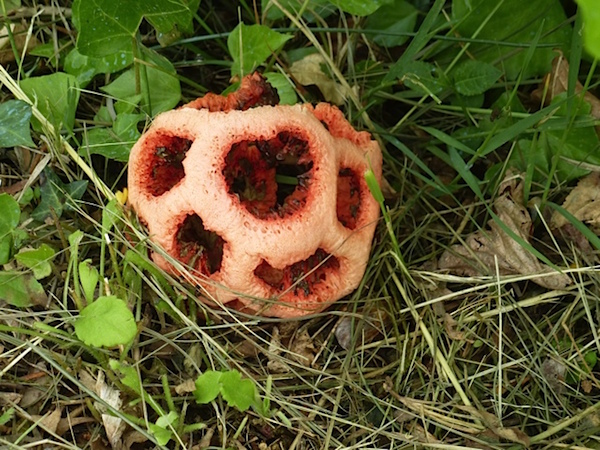 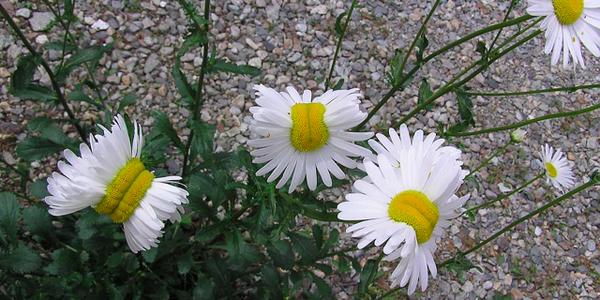