If you did not visit the site yesterday, please read our post on our site policy change.

Greek deal in sight as Germany bows to huge global pressure for debt relief Ambrose Evans-Prichard, Telegraph. Note that debt relief is nowhere to be found in the proposal submitted by Greece. It could conceivably be in a side document, but I have yet to see any media reports of that nature. Note however, that debt relief, via extensions of maturities, interest rate reductions, and payment deferrals, was always expected to happen. But the creditors insisted that Greece complete its “second bailout,” the deal signed in 2012, before it negotiated its “third bailout.” And the timetable envisaged in the February Eurogroup memo was that the “second bailout” negotiations over structural reforms would be completed by end of April, with the “third bailout” negotiations to start immediately thereafter.

Schäuble told Greece: ‘How much money do you want to leave the euro?’ Business Insider

Europe will pay the price for Greece Financial Times. Yes, but the Eurocrats, whether they admit it to themselves or not, are in “IBG?YBG” (“I’ll be gone, you’ll be gone”) mode. This is actually not a very good piece, which in and of itself is telling (as in is everyone looking at this unable to get beyond tired tropes?)

Greek Economy Under Siege, With Fears That the Worst Is Coming New York Times. We warned that a bank holiday alone was massively destructive. From the article:

As Greece hurtles toward a Sunday deadline for either reaching a bailout deal or risking a hasty exit from the eurozone, the one certainty is that its economy is already on the brink of collapse…

“Greece already has a humanitarian crisis, and we’ll have to prepare for a harder aftermath if a deal collapses,” Nikitas Kanakis, the president of the board of directors of the Athens chapter of Doctors of the World, a health care charity, said Wednesday. “I’m not sure how proud we should feel about letting social destruction return within Europe.”

Greece: pushing and shoving in ATM queues Telegraph. This is tame, but notice the policeman and the size of the crowd. The altercation probably would have escalated if he was not there.

How Not to Measure the Iran Deal Bloomberg

Encryption Is As American As Apple Pie: The Founding Fathers Frequently Used It … And It Helped Win the Revolutionary War George Washington

July 4 Terror Plots Foiled by U.S. Agents, FBI Chief Comey Says Bloomberg. Reslic: “FBI is overjoyed that IS2 was formed. Always have to have a bad guy in order to get more budget. DOD/State/CIA can’t have it all with their new cold wars and all the other wars they gin up.”

Bernie Sanders Is Not the Left’s Ron Paul New Republic

Colbert Shows How to React to a Market Collapse Big Picture

Zombies stumble in June, but finally have something to be less ashamed about FT Alphaville

Antidote du jour. Lance N: “‘Just give us the mice and nobody gets hurt.’ The three thugs are either “Russian Snow Cats” or “Norwegian Forest Cats”.” I think we might rename the The Troika. 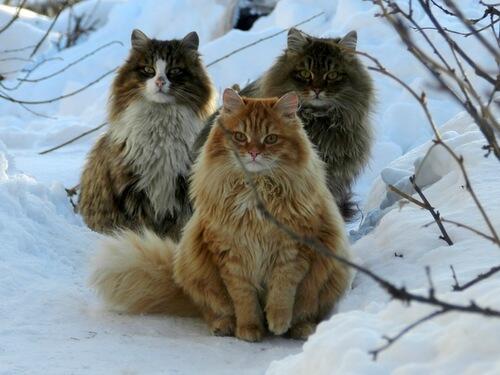