Safari is the new IE Read the Tea Leaves

Planetary Defense is a Public Good Marginal Revolution (reslic). More proof that economists need to get out more. Species loss is a vastly higher and rapidly escalating risk to humans than The Asteroid. See how long we last with no bees, for instance.

Why China Wants a Strong Euro as Greece Teeters Bloomberg

French Economy in Dire Straits Wikileaks (EM). Diplomatic cables from 2012. Recall that the lousy state of the economy and the fragility of the banks was the big excuse for not writing down Greek debts more (there was some debt relief in the restructuring via maturity extension and interest rate reduction, but when you are in a depression and subjected to austerity, you wind up chasing your tail. Debt to GDP rises in real terms as the economy contracts).

Tsipras backs down on many Greece bailout demands Financial Times.

The full truth about the breakdown of the negotiations Transform Network (Sid). Note that this is superceded by the Financial Times story, as in Tsipras has conceded on almost all of the contested issues.

Europe rallies behind Merkel as Greeks hit breaking point Washington Post. Known to anyone who has been following the story. See this as messaging for the Beltway crowd.

Greece in chaos: will Syriza’s last desperate gamble pay off? Paul Mason, Guardian. Notice how stretched the government is.

Tsipras looks like he is crumbling ekathimerini. The sharks smell blood.

Greece’s Empty ATMs Show the Surprising Power of Cash—Even in 2015 WIRED. Much of this is familiar to NC readers.

Greece crisis: IMF was pushed around by Angela Merkel and Nicholas Sarkozy – and now it is being humiliated Independent. Good material, but I don’t like the androthromorphization of organizations (the use of “humiliated” in the title).

The Extreme Economic Outlier That Is Greece, In 7 Charts FiveThirtyEight (reslic)

No Labels stakes out a national agenda Washington Post

The Sunny Side of Greed New York Times (reslic). Alternate title: “Why you should love your new corporate overlords.” I trust NC readers will carpet bomb this piece in the NYT comments section. You can make fun of it here too.

Antidote du jour. From ABC. I miss Sydney, although the Sydney I miss is the Sydney of 12 years ago: 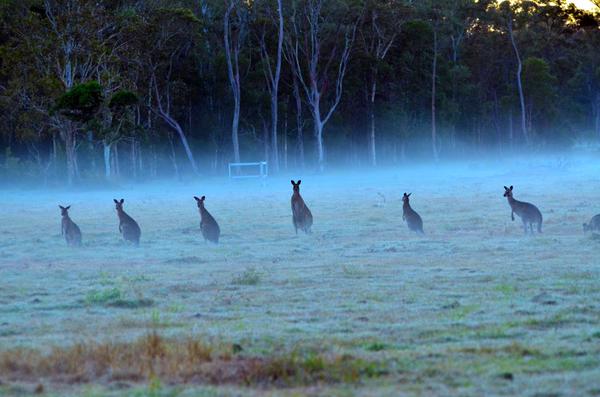