Aah, THAT’S the spot! Ingenious baby elephant picks up a piece of bark and uses it to scratch the top of its itchy trunk Daily Mail

How Trees Calm Us Down The New Yorker

A cellular puzzle: The weird and wonderful architecture of RNA Nature

The F story about the Great Inflation Mainly Macro

REMITTANCES EXPLAINED: How funds are transferred across borders, and why digital is poised to disrupt this century-old industry Business Insider

How China and Russia Are Running Rings Around Washington’s Designs to Control the Planet Pepe Escobar, Alternet

Austerity is bad but bankruptcy is ‘much worse,’ says Greece’s top spokesman, Lefteris Kretsos CBC. Five reasons why the deal went down the way it did from Kretsos:

“First, we don’t have an efficient and effective public administration to deal with emergencies. Secondly, the Greek people were not informed about what a transition to a new currency means. Thirdly, we did not have enough reserves in our banks to sustain them. And finally, we did not have support from other economic blocs or countries that could sustain Greece in the midterm or in the case of going back” to the country’s previous currency, the drachma.

The Greek Warrior The New Yorker. Who’s got the movie rights?

Is the Ugly German Back? Flames of Hate Haunt a Nation Der Spiegel

Turkey calls Nato talks on IS and PKK BBC

‘I’m No Longer Afraid’: 35 Women Tell Their Stories About Being Assaulted by Bill Cosby, and the Culture That Wouldn’t Listen New York Magazine

If You Don’t Click on This Classy Post, You Are a Loser and a Moron Mother Jones. Or a Queens-born casino operator.

Three times as much agribusiness money, on average, for House members voting to bar GMO labeling Center for Responsive Politics

A Terrorism Case in Britain Ends in Acquittal, but No One Can Say Why NYT

French Protesters Try to Derail Beach Takeover by Saudi King and His Massive Entourage Vice. “Besides closing a tunnel that allows access to the beach, protesters object to the fact that workers at the [King’s] villa have poured a slab of concrete in the sand and plan to install an elevator from the estate to the beach.”

Proof of a ‘Gig Economy’ Revolution Is Hard to Find WSJ

Human Capital and Industrialization: Evidence from the Age of Enlightenment NEBR

Uber, Airbnb And The Conflict Between Policy’s Ratchet Effect And Tech’s Accelerating Speed Techcrunch. We actually have a shorter name for “policy’s ratchet effect”: The law. 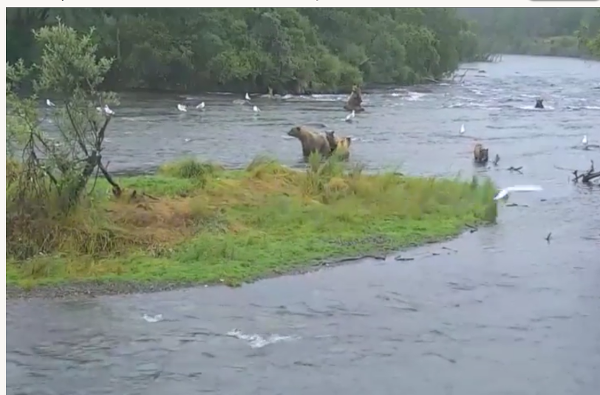