The Economist: With no clear replacements, Najib looks set to stay in power Malaya Mail

What happens when policy is made by corporations? Your privacy is seen as a barrier to economic growth Evgeny Morozov, Guardian. (TTiP in the URL, but not the title.)

Is Wage Growth Accelerating? All signs point to Yes! The Conference Board

Europe braces itself for a revolutionary Leftist backlash after Greece Telegraph

New Photos Show Bush Administration Reaction to 9/11 Attacks PBS (full set). Back when some thought Cheney was not undead….

“Between the World and Me”: Ta-Nehisi Coates Extended Interview on Being Black in America Democracy Now!

In Cleveland, Black Lives Matter Readies For Its Next Big Step Buzzfeed News. Still waiting for an event to be disrupted where the Democrat has actual power.

America’s Top Killing Machine The Atlantic (from January, but not linked here). “Gun deaths are poised to surpass automobile deaths in the United States this year.” But surely that’s a small price to pay for our Second Amendment freedoms….

Law Enforcement Seizures Misspent, Missing Oklahoma Watch. “Among the violations were using seized money to pay on a prosecutor’s student loans and allowing a prosecutor to live rent-free in a confiscated house for years, records show.” Admirably simple and straightforward!

Hillary Clinton to appear before Congress on Benghazi McClatchy. I’m gonna have to understand Benghazi. Please kill me now.

Clinton: I did not send or receive classified emails on private account Reuters

There’s No Stopping the Trump Show The Atlantic

The 20 percent of the party that loves Trump may be dumb or racist or angry or wrong, but the Republican Party cannot live without them. The GOP is damned if Trump stays and damned if he goes, and no one knows how the show will end.

To difficult questions Mr Trump offers appealingly simple solutions, starting with this most painful puzzle for conservatives: if America is the mightiest country in the world, how come it feels so weak? His answer goes beyond blaming Barack Obama and the Democrats. The fault, he insists, lies instead with the governing class in both parties, which has betrayed a great nation.

Red-state Democrats fret about leftward shift Politico. Good. Maybe they’ll have to figure out a way to win other than trying to be fake Republicans.

US income inequality rises up political agenda FT. “[M]any fail to address one of the root causes of America’s income stagnation — dismal productivity growth.” Caused, in turn, by the bloated financial services sector.

Health Care Sleaze: The Person Who Ran Medicare Is Now in Charge of the Insurance Lobby Wendell Potter, Alternet

Millennials No Less Trusting (or Distrusting) of News Sources Pew

Pearson says in talks to sell The Economist share France24

Chrysler’s Solution To The Jeep Hack Is 1.4 Million USB Drives TechCrunch. I wish I knew who invented the phrase “an abundance of caution.”

Picked Out a Coffin Yet? Take Ibuprofen and Die Counterpunch

On Live and Death After 85 NYT 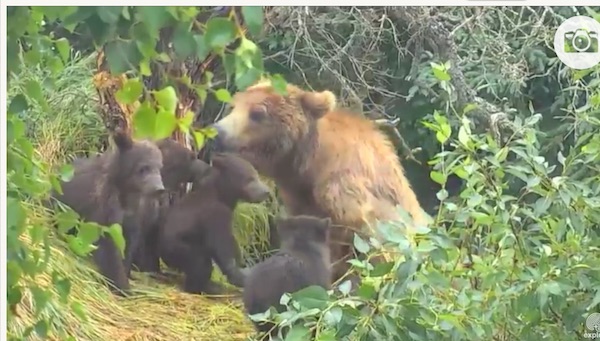