For over thirty years after World War II, Latin American governments promoted economic growth and development through policies that favored domestic industrialization. Capital controls (restrictions on international capital mobility) and trade protections helped promote “import substitution”—producing goods domestically that previously had been imported—rather than exports. Most Latin American countries—including those, like Chile and Brazil, where democratically elected leftist governments were overthrown in the 1960s and 1970s—reversed course to adopt “neoliberal” economic policies. Rather than stimulating growth through import substitution, the new policies sought to promote export-led growth by exploiting the region’s main “comparative advantage,” low-wage labor. Labeled the “Washington Consensus” by British economist John Williamson, these policies failed to promote economic growth, but did dramatically widen the gap between rich and poor. In recent years, the return of democratic governance has led most Latin American countries to abandon the failed neoliberal experiment, bringing renewed growth and narrowing inequality. 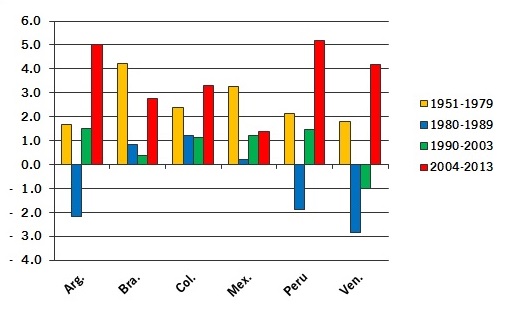 Neoliberal economic policies resulted in slower economic growth. In the 1970s and 1980s, Latin American governments adopted neoliberal—“free market” and “free trade”—economic policies, despite three previous decades of rapid economic growth under import-substitution policies. From 1951 to 1979, the annual growth rate in per capita income averaged 2.7%, led by Brazil’s average of over 4%. Growth dropped precipitously in the 1980s—known as the “lost decade.” Per-capita income fell throughout the region under the impact of IMF-imposed austerity programs. While economic growth revived in the 1990s, it was only in the early 2000s, after the election of center-left governments across Latin America (known as the “pink tide”), that the continent returned to the rapid growth rates of the pre-Washington Consensus period. One country that has not abandoned neoliberal policies is Mexico, the only large country in the region where economic growth has not accelerated significantly since 2003. 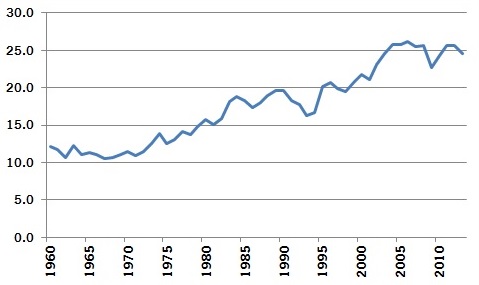 Neoliberalism promoted exports, not income growth. Latin American countries’ foreign trade increased dramatically during the neoliberal period. The export share of Latin American GDP held nearly steady at around 11% until the 1970s; it then soared with the advent of neoliberal policies, beginning in Chile in the mid-1970s and then spreading throughout the region. Despite the subsequent slowdown in the growth of trade—due to the Latin American recession of the late 1980s and the world recession of the early 1990s—by 2003, over a quarter of the region’s GDP came from exports. Fast-growing trade, however, did not translate into comparable economic growth. Per capita income grew much more slowly during the neoliberal era than before or after. 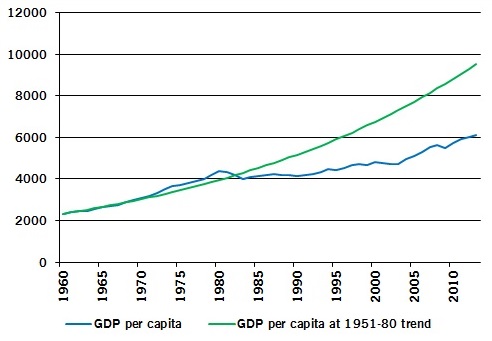 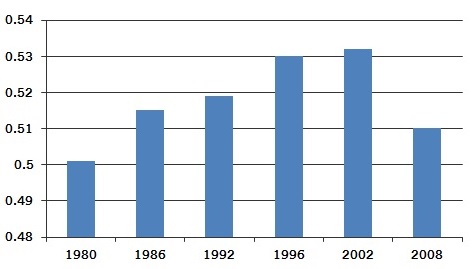 The burdens of slow economic growth have not been borne equally by all Latin Americans. Historically, Latin America has been one of the most unequal regions in the world. The gap between rich and poor widened with neoliberal policies. Government policies to promote export-led growth concentrated the burden on workers and peasants. Trade liberalization and deregulation policies led to higher unemployment rates, which drove down wages and pushed workers into the low-wage informal sector. Governments exacerbated the trends by repressing labor unions and lowering minimum wages. Latin America saw a dramatic increase in inequality after 1980, with the average national Gini coefficient (the most widely used measure of income inequality) rising from 0.50 to over 0.53 by 2003. Since then, with the renewal of progressive economic policies in Argentina, Brazil, Chile, and elsewhere, the Gini has declined most of the way back where it was in the early 1980s.