Some STIs Are Beneficial, and May Have Boosted Evolutionary Promiscuity Scientific American

Pentagon prepares for century of climate emergencies and oil wars Middle East Eye (MP). From the DoD report: “Global resource constraints will also undermine the integrity of the Army’s supply chain… We can no longer assume unimpeded access to the energy, water, land, and other resources required to train, sustain, and deploy a globally responsive Army.”

Looking for a Job? How’s Your COBOL? LazerFiche (MP).

What Is Nature Worth to You? NYT

Greece nears €86bn accord with creditors FT “However, to sell the deal to the German parliament, the chancellor will want to have the IMF on board. Fund negotiators have signalled that they will back the proposed deal, but the IMF board has been warned by the institution’s staff that Greece no longer qualifies for support, because of high debt levels and its poor reforms record. A final IMF decision on the programme may come only late this year and could depend on the EU creditors granting Athens more relief on Greece’s €320bn foreign debt.”

Sanders: Some criticism of Hillary Clinton is motivated by sexism MSNBC

Hillary Clinton readies student loan reform rollout  Politico “Her advisers have also discussed creating a bill of rights for student loan carriers and risk-sharing for colleges, which means schools could be penalized when students default or can’t repay their loans.” Students don’t need a “bill of rights”, they need bankruptcy and/or debt cancellations. Additionally, “risk sharing” with colleges pushes for more tuition increases on new students, punishes schools for a bad economy and incentivizes them to shrink certain majors seen as “unprofitable”. Fear democrats bearing solutions.

How Hillary Can Keep Biden Out Politico

Donald Trump: “I will be phenomenal to the women” CBS News

The Friedmans N+1. About the Child Abuse Hysteria of the 1980s. Important Read. The author, Richard Beck, has a book coming out on the topic called “We Believe the Children”. He did a good interview on the radio show This is Hell. 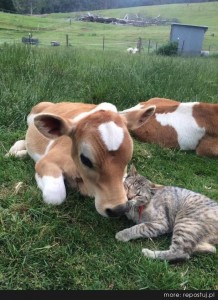