The Fight to Save a Prairie Chicken NYT

Manufacturing, the Dollar and Implications for Monetary Policy Econbrowser

Where are U.S. data on the gig economy? Washington Center for Equitable Growth

Driven to Kill Slate. Eesh, I hope this is sensationalism.

The Iran Deal and the End of the Israel Lobby Jonathon Chait, New York Magazine (Re Silc)

The Islamic State Diary: A Chronicle of Life in Libyan Purgatory Der Spiegel. Yeah, that splendid little war worked out great, didn’t it?

The state of ‘dark money’ in U.S. politics Daily Dot

Poll: Trump beats Hillary head-to-head The Hill. Trump gets 25% of the Black vote, and 31% of the Latino vote? I dunno about this…

Sanders: Clinton ‘getting nervous’ as race tightens The Hill

If You Ever Wondered Whose Side The Federal Reserve Is On… Tim Duy’s Fed Watch. “Real median weekly earnings have grown 8.6% since 1985. Nonfarm output per hour is up 79% over that time. Yet the instant that there is even a glimmer of hope that labor might get an upper hand, the Federal Reserve looks to hold the line on wage growth.”

America’s silent-but-deadly billionaires: How our tight-lipped overlords are waging stealth campaigns against the middle class Salon

Eat the Rich and Pay the Poor Foreign Policy

Scientists may have just stumbled upon a mathematical secret to how nature works WaPo. “[T]he way predator and prey numbers relate to each other is the same for different species all over the world.” 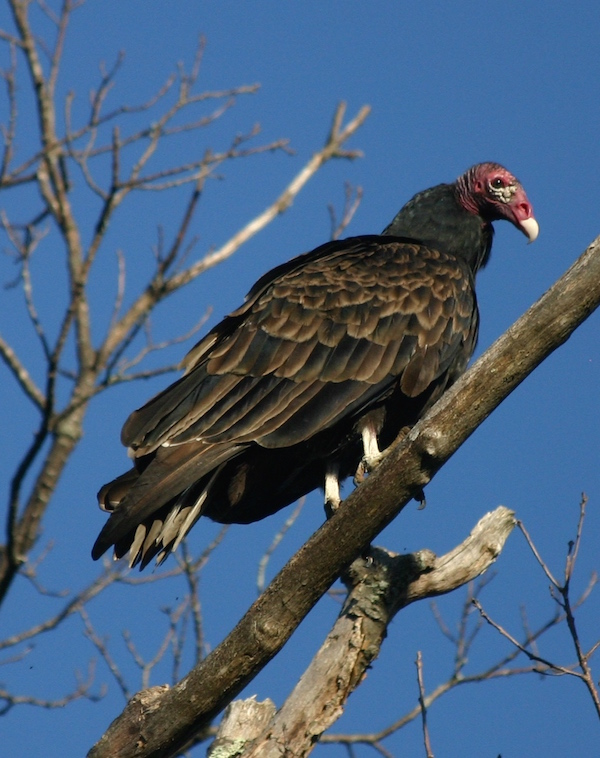 RG: “Turkey Vulture in my back yard.”