This is Naked Capitalism fundraising week. 508 donors have already invested in our efforts to combat corruption and predatory conduct, particularly in financial realm. Please join us and participate via our Tip Jar, which shows how to give via check, credit card, debit card, or PayPal. Read about why we’re doing this fundraiser, what we’ve accomplished in the last year, and our third target, funding our guest bloggers.

Koko the Gorilla Gently Plays With a Box of Kittens For Her Birthday Yahoo (furzy mouse). To be clear, she plays with the kittens, not the box, and the kittens seem to like her.

US puts a plug on Arctic oil exploration Financial Times. The howling is overdone. As OilPrice pointed out, when Shell canceled its plans because the economics did not work, that meant Arctic drilling was over. The US is just getting in front of a mob and trying to pretend it’s a parade. And in a new layer of headfakery, the oil industry, which was not going to go forward, is pretending it was done a dirty.

Facebook wants you to spend all your time on Facebook Washington Post. Furzy mouse: “Help me, Obi Wan.” The idea of FB as a walled garden is hardly news, but some of FB’s ruses might not be familiar to you.

‘There is no money’: cash-strapped Cuba is forced to cut vital imports Guardian (resilc)

Listen to this week’s War Nerd Wednesday podcast, with Gary Brecher and Mark Ames Pando (Gabriel U). This is unlocked for a brief while, so catch it while you can, and if you like it, please subscribe! It’s a separate project from Pando, although Pando helps out by promoting it.

Will Iran’s Alliance with Russia Strengthen its hand in Mideast? Juan Cole

Florida Sheriff Furious Obama Took His Military Tank Away Alternet. An important policy shift, but there is still a lot of materiel out there.

Majority say Clinton won debate The Hill. Note this is based on one online survey. Online surveys are notoriously unreliable due to sample bias. We need to see new poll numbers (as in conducted on a comparable basis to earlier polls) to see if anything changed in Clinton v. Sanders numbers. But that won’t reflect just the debate but will also include any impact of all of the pundit “Clinton won” messaging. Both sides have a strong incentive and means to game surveys like this, which is why of the preliminary results so far, I’d trust well-selected focus groups the most and ignore everything else.

Bernie Gets It Done: Sanders’ Record of Pushing Through Major Reforms Will Surprise You Alternet

Spending Spree on Groundwork Is Clinton’s Bet on the Future New York Times. Lead story on the front page. Clearly meant to say: “Hillary is a winner because she can raise enough to buy her way into the White House.” But notice the “cash hungry juggernaut” presented as as plus. Yet with all this spending on infrastructure, she’s been falling in the polls, getting higher disapproval ratings, and locals in battleground states say they don’t see any signs on lawns for her. And she raised way less in the last quarter than the one before that. Not sayin’ she might not pull this off, but there are a lot of visible holes in this thesis.

Rand Paul: The rise and fall of Silicon Valley’s Republican dream candidate Mark Ames, Pando (Gabriel U). Briefly unlocked at Pando. Be sure to read it sooner rather than later.

Forget the debate: Two simple reasons a Republican will likely win in 2016 Reuters

RESIST TPP AND THE GLOBAL CORPORATE AGENDA SUNDAY CALL MoveOn. The fact that MoveOn (barely progressive) is on this is a tell that this deal is deeply unpopular and therefore vulnerable.

What Could Raising Taxes on the 1% Do? Surprising Amounts New York Times. Over the fold on the front page.

The Richest Politicians in the U.S. Yahoo (furzy mouse)

Wealth therapy tackles woes of the rich: ‘It’s really isolating to have lots of money’ Guardian. (reslic). But not taxing enough to resort to the obvious expedient of giving most of it away.

Antidote du jour. @planetpics via Lambert: “How to organize your cats“: 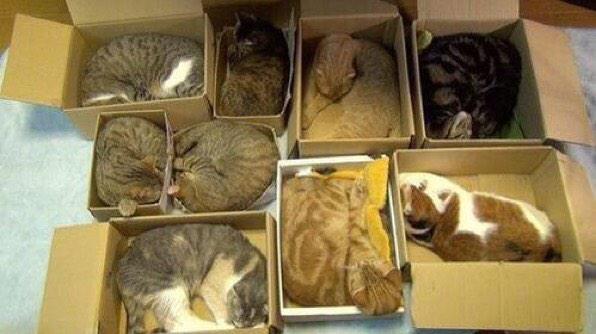