A Wealthy Governor and His Friends Are Remaking Illinois NYT. “[A] fresh-faced financier”?!

Not so smart The Economist. “Why two big banks failed.” Fraud is never mentioned, as usual.

Will Turkey Close Or Erase Its Border With Syria? Moon of Alabama

Corbyn asserts authority over Labour MPs (on question of bombing ISI)_ FT. “‘There are some people who have not quite got used to the idea that the party is in a different place,’ Mr Corbyn told the BBC’s The Andrew Marr Show, adding: ‘I am not going anywhere. I am enjoying every minute of it.'”

Paris Terrorists and the Kansas City Shuffle Another Word For It

Philippe-Joseph Salazar: the philosopher whose essay on Isis has shocked and enlightened Guardian

If We Must Go to War With ISIS, Let’s Be Fair and Just About It Robert Reich, Newsweek. Since Reich is a bit of a weathervane, I’m sensing a hardening elite consensus.

Silk Roads, Night Trains and the Third Industrial Revolution in China … by Pepe Escobar Vineyard of the Saker

Could the Third Amendment be used to fight the surveillance state? Ars Technica

Tulsi Gabbard, Rising Democratic Star From Hawaii, Makes Mark on Party by Defying It NYT. Steve Israel: “You couldn’t get a better role model.” Say no more! Say no more!

For Democrats, it’s not just ‘demographics as destiny’ WaPo

If Republicans win the presidency in 2016, they would then control nearly everything — the White House, the House, probably the Senate and certainly a majority of governorships.

Perhaps that would be enough to clean out the rot. I doubt it.

70% of Women Who Get Abortions Identify as Christians, Survey Finds Christian Post

Increasingly, if you want to get and hang on to a middle class job, that job will involve dishonesty or exploitation of others in some way.

And that’s how those shares will be valued: Bezel futures.

The Costs of Equal Opportunity in a Neoliberal Economy Ed Walker, Emptywheel

Incentives change how we think Marginal Revolution. I really don’t like the idea of economists working out how to incentivize people to eat insects. “It’s just an experiment!” Uh huh. 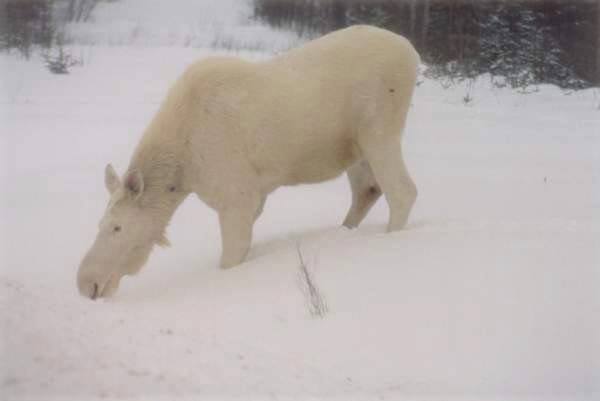 Albino moose spotted near Greenville, ME.