Readers, I’m afraid that the epic Clinton post — and aren’t they always? — meant that I had to give Water Cooler short shrift. Sorry about that, and I will return with a full ration tomorrow.

I stumbled across this old photo on the Twitter:

Which gives me the chance to tell this old joke:

“The Democratic Party is like a horse that refuses to take commands from its owner and stubbornly refuses to carry him. The owner does not go out and get a new horse, but picks up the horse and carries it around in the belief that, eventually, the horse will change its mind. Years later, the horse is thinking, ‘I’m a genius!'”

It’s the “years later” part that kills me.

“Obama weighs in on 2016: Hillary Clinton campaign is ‘more prose than poetry'” [WaPo]. And he gives our famously free press a few tips on how to take down Sanders.

“Clinton needs an Iowa victory to blunt the momentum of Bernie Sanders” [WaPo]. That won’t be enough.

Dallas Fed Mfg Survey, January 2016: “Manufacturing data from the Dallas Fed, along with that of the Kansas City Fed, have been offering the most striking evidence of oil-related contraction. Dallas’ general activity index came in at an extremely negative score of minus 34.6 for the January report which is the lowest reading since the beginning of the recovery in 2009” [Econoday]. And: “Of the three Federal Reserve districts which have released their January manufacturing surveys – all are in contraction” [Econintersect].

Honey for the Bears: “Deep in the bowels of the system all manner of financial flows are switching course” [Gillian Tett, Financial Times]. “In some ways this is what we would expect: capital flows are fluid; but the real problem for investors and policymakers is that it is often fiendishly hard to track the scale and pace of these stealthy shifts since the data are so patchy. Indeed, the workings of China’s shadow banking system are as opaque as the US subprime mortgage sector was in 2007.”

Honey for the Bears: “Talk of a downturn is in the air, and the numbers are squiggly” [Bloomberg].

“Do Payrolls Have A Measurement Problem Leading To Strong Numbers?’ [Big Picture].

“Taking a cue from Chipotle, Wal-Mart should shut its stores off for 24 hours, so it can redesign its layout and train its employees to improve customer service” [Forbes]. They could make a movie by that name….

“Employee Wellness Programs Use Carrots and, Increasingly, Sticks” [New York Times]. I seem to recall that wellness programs have no demonstrable health benefits, even though ObamaCare funds them, so ka-ching. Readers?

“Disposability, Abortion, and Crisis As Usual in Michigan” [Language Matters]. Must read.

“In three months, one failed well at Southern California Gas Co.’s Aliso Canyon storage field has spewed more greenhouse gases than any other facility in California. At its height, the leak more than doubled the methane emissions of the entire Los Angeles Basin and surpassed what is released by all industrial activity in the state” [Los Angeles Times].

“An Allegedly Drunk Gun Owner Went to the Benghazi Movie. You Won’t Believe What Happened Next.” [Esquire].

“An armed society is not necessarily a polite society, and an armed citizen is not always a prepared citizen” [HuffPo]. I would have thought that was obvious by now?

“Correlation between education and democracy: average years of schooling in the 15+ population in 1970 and political regime 2013 – Max Roser ” [Our World in Data]. Hence the importance, to squillionaires, of capturing the school system.

“The Decline of the Driver’s License” [The Atlantic].

“The Next Social Media We Want and Need!” [Medium].

“Does sex in virtual reality feel like real sex?” [Slate]. 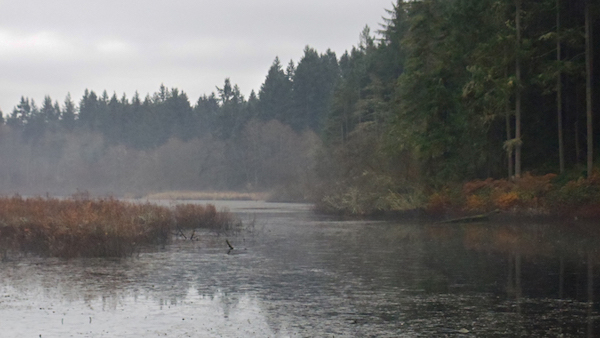 “Ice on Fisher Pond.” Thought it was Hong Kong for a moment, because of the chill in the air…

If you enjoy Water Cooler, please consider tipping and click the hat. Winter has come, I need to buy fuel, keep the boiler guy and a very unhappy and obstreperous plumber happy, and keep my server up, too.