Yves. Oh frabjous day! Tim Canova, who is challenging the rancid Debbie Wasserman Schultz. is a really good guy. I saw him give a speech years ago at the Roosevelt Institute on a paper he’d written on a chapter of Fed history that is never discussed, World War II, no doubt because, for a brief time, the central bank was democratically accountable. Canova summarized his argument in the American Prospect in The Federal Reserve We Need.

Let everyone you know in Florida know about this campaign. Even if they aren’t voters in the 23rd Congressional district, they may have friends and colleagues who are. 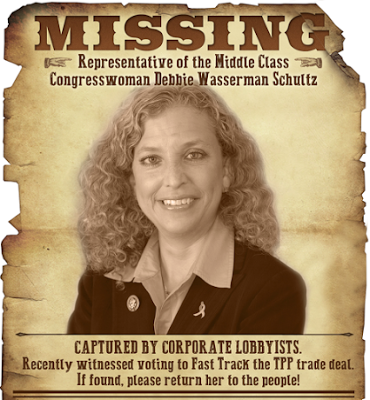 An Axis of Evil inside the Democratic Party is suddenly on the defensive. Steve Israel was forced to announce an early retirement for reasons that are still murky. Rahm Emanuel can barely show his face in Chicago and, with the exception of Hillary Clinton, all his cronies and allies are jumping off that sinking ship. And now it’s looking like Debbie Wasserman Schultz’s rotten self-serving career is finally catching up with her. As we mentioned, Tuesday, Roots Action has a petition drive to force her out of the DNC— with over 30,000 signatures already. And then yesterday, CREDO launched another petition drive to get her out of a position she never should have been in in the first place. I don’t like signing petitions but I eagerly signed both of these. The Democratic Party will never be a force for real progressive change with careerist power mongers like Steve Israel, Rahm Emanuel, Debbie Wasserman Schultz and Chuck Schumer controlling it.

>When we rooted her out of the DCCC “Red to Blue” program in 2008– after she sabotaged 3 south Florida Democratic candidates to help her right-wing Republican amigos, Ileana Ros-Lehtinen, Lincoln Diaz-Balart and Mario Diaz-Balart– she wormed her way back into power, with a big assist from Emanuel, and wound up as head of the DNC, a catastrophe for the Democratic Party, Getting her out of that position would be an absolute mitzvah… but getting her out of Congress would mean a lot more.

She’s an influential member of the Wall Street-owned New Dem caucus and is a constant pull on the Democrats in a rightward direction. Oh, don’t get me wrong… Debbie’s fine on certain issues: women’s issues, LGBT issues, gun issues… but anything that involves economics, watch out. There aren’t that many Democrats as transactional as Debbie Wasserman Schultz when it comes to serving the interests of the wealthy people who have financed her political rise, from the sugar barons and private prison industry to the alcohol distillers. In fact, her destructive jihad against legalizing medical marijuana directly serves the bottom line interests of both the private prison industry and the booze-pushers. Point is, petitions may help, but voting her out of office is the ultimate solution. And that’s where Tim Canova comes in. An attorney and professor at Nova Southeastern University Shepard Broad College of Law, he declared his candidacy for the Democratic nomination for Florida’s 23rd congressional district, the district Wasserman Schultz originally drew for herself when she was in the state legislature. 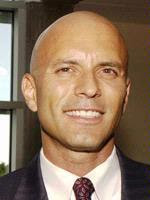 Wasserman Schultz’s support for the dysfunctional corporate trade agreements like TPP very much motivated Canova to make the difficult decision to take on one of the House’s most vicious gutter fighters. “People are just tired of being sold out by calculating and triangulating politicians,” told us back in October when he was thinking about running. “Wasserman Schultz has become the ultimate machine politician. While she stakes out liberal positions on culture war issues, when it comes to economic and social issues, she’s too often with the corporate elites. On too many crucial issues– from fast-tracking the Trans-Pacific Partnership to the war on drugs and medical marijuana and mass incarceration, to her support for budget sequestrations and austerity– Wasserman Schultz votes down the line with big corporate interests and cartels: Wall Street banks and hedge funds, Big Pharma, the private health insurers, private prisons, Monsanto, it goes on and on.”

He’s been fleshing out his points about the powerful congresswoman, who most people in the district know very little about: “It’s easy to say you’re for doing something about climate change and the environment, for pay equity, raising the minimum wage, or getting money out of politics, but it’s mostly just talk when you’re taking so much corporate money at the same time. That’s why the TPP is so insidious. It will shift the costs of environmental protection, health and safety and labor standards from corporate wrongdoers and wealthy investors to the taxpayers who have been taking it on the chin for so long. In many ways, Wasserman Schultz no longer has a choice. She’s become an establishment machine politician who has to turn her back on taxpayers, working folks, students and the elderly poor, unfortunately it’s all to line the pockets of the same corporate interests that are funding her campaigns. In today’s politics, the worst have no convictions, which may explain all their flip-flops on big issues, from Hillary Clinton on Keystone Pipeline to Wasserman Schultz’s indecision on the agreement with Iran. After playing Hamlet for weeks and blocking a DNC resolution, she finally came around to support the Iran agreement, but only when it became pretty clear she would have lost her post as DNC chair, a message apparently delivered in person by vice president Biden. It must be exhausting to have to constantly answer to wealthy campaign donors and corporate lobbyists when making these decisions.”

Blue America has endorsed Tim– we’ve been vetting him since September, so this isn’t a snap decision just because he’s running against an odious opponent. Please help us get his campaign underway. Wasserman Schultz is loaded with establishment and special interest corporate cash and Tim will be depending on the resources of people who want to see this become a better and more equitable society. You can contribute to the Tim Canova For Congress campaign here at the Blue America ActBlue page. 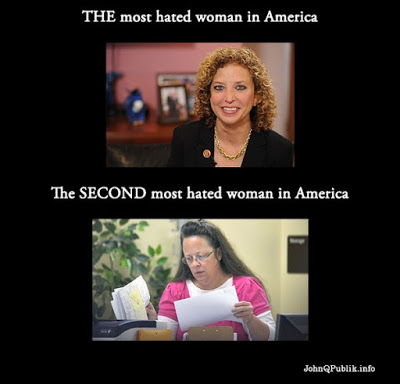