US Immigration Crack Down on Central American Families Begins teleSUR English. This is really bad. I’ll have something in Salon about this in the morning.

The end of Schengen? Restrictions by Denmark and Sweden are ‘threatening Europe’s passport-free zone’ The Independent. You were warned.

Why Should We Want to “Keep” the Saudis? Daniel Larison, The American Conservative (h/t resilc)

‘The Big Short’ and ’99 Homes’ tackle the 2008 financial crisis from boom to bust LA Times. This is in the Oscar buzz section. Good to see these kind of notices for the underrated 99 Homes!

Clinton Comes Out Swinging At Sanders Wall Street Plan—Before He Unveils It Bloomberg Politics. Gensler’s getting pretty feisty, eh? By the way, I don’t see how Hillary’s reform plan does anything to “shadow banks” other than use the term “shadow banks” a lot. That was enough to get Krugman to fall for it, of course. But their HFT proposal is terribly designed, the private equity/hedge fund stuff is underwritten, and they say nothing about peer-to-peer/fintech, which is where banking outside the regulatory perimeter is headed.

Inside The Tiny Police State With Seven Armies The Daily Beast

Why is Microsoft monitoring how long you use Windows 10? Beta News

A Bailout for Volkswagen? Congress Wants to Do Something Absolutely Crazy Some dude, The Fiscal Times

The Armed Oregon Ranchers Who Want Free Land Are Already Getting A 93 Percent Discount FiveThirtyEight.com

Illinois gov. ‘very disappointed’ in Rahm Emanuel The Hill. Sad when your best buddies abandon you (Rauner and Rahm used to go on vacations together)

You Can SoulCycle With Chelsea Clinton for $2700 NYMag

Antidote du jour (it’s a hyrax, saw one of these suckers at a zoo last week. It looks like a prairie dog but its closest relative is actually the elephant): 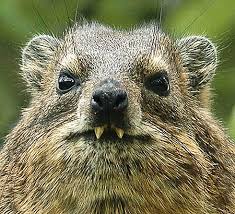