North Korea Successfully Harvests Wheat In Show Of Growing Strength Onion. Two Onion links in one day is another sign of “too much news flow.”

I Went Back to a Dumbphone Atlantic. See? It is now becoming cool to be a stupid phone person.

Why Emerging Markets Are Melting Down, and Why It Matters, in 10 Charts WSJ Economics

Brussels not quite ready to punish Warsaw Politico

In the bleak midwinter Frances Coppola

He’s made the Middle East worse: Let’s be honest, Obama bears as much responsibility for this mess as predecessors who shaped them Salon

Saudi Arabia and Iran are playing a winner-take-all game Reuters. Resilc: “Saudis are punks and have USA USA backing. Iranians are tough and have Russians. I bet on Iran.”

Iran Has Banned Its Citizens from Making Pilgrimages to Mecca VICE

Coalition Airstrikes Killed 2,500 ISIS Fighters in December: Pentagon Military.com. Why does this remind me of the Vietnam War body counts, which we’d seen IIRC weekly on Walter Cronkite?

Empires (Like the U.S.) Fall When Corruption Becomes Rampant George Washington. Not news, but a useful list.

TransCanada Sues the US for Rejecting Keystone XL; Will This Be the New Normal Under TPP? Truthout (Judy B)

Why Bernie Sanders Doesn’t Want Your Vote Bloomberg (Left in Wisconsin). Wow, this is a very flattering piece.

Donald Trump grew increasingly frustrated as hecklers repeatedly interrupted his Vermont rally Business Insider. And he thinks he can handle Putin? Plus his speech was lousy.

The Dumb and the Restless Matt Taibbi, Rolling Stone

Companies in the Gig Economy Are Growing, but Where Is All the Job Creation Atlantic (resilc)

In east Buffalo, drug addiction’s grip is tightened by decades-long cycle Guardian. Arresting opening sentence: “Dropped in any new town in the US, I know where to buy heroin, crack or marijuana in a few minutes: near the McDonald’s in the poorest section of town.”

The “white-slaver” awakens: It’s not Disney to whom George Lucas should be apologizing Mark Ames, Pando. Unlocked for now, so read pronto. More on George Lucas’ hypocrisy… 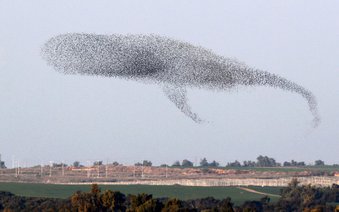