If you thought solar was going to hurt utilities, get a load of solar+storage Vox (Steve Keen). Long but extremely good.

There was a massive population crash in Europe over 14,500 years ago ars technica (Chuck L)

Driving Robocallers Crazy With the Jolly Roger Bot On the Wire. OMG you must watch the video.

Roger Goodell says NFL has ‘no higher priority’ than player safety Guardian. Resilc: “He should run for vice president for Hillary, great liar.”

Bayer rejects EPA request to pull insecticide from U.S. market Reuters. EM: “Under ISDS Bayer would not merely be ‘fighting in court’, they’d be countersuing.”

Only 1% of crimes are punished in Mexico Quartz (resilc)

Lending to emerging markets comes to halt Financial Times. We featured a post on this yesterday.

Why the ‘Sultan of Chaos’ is freaking out Pepe Essobar

Judge Denies Access to Source Code for DNA Software Used in Criminal Cases WSJ Law Blog (guurst). This comes off like a strained pro-prosecutioin ruling. Which does not mean it would not survive an appeal.

Clinton Body Slam. It feels like a lot of journalists have taken umbrage at how the Clintons have managed the media (they apparently complain vociferously over anything perceived to be negative, no matter how trivial). So it may be that not only are Hillary’s efforts to defend her Wall Street ties glaring proof of how entitled and disconnected (and corrupt) she is, but the media finally senses that the Clintons are weak enough (at least for now) that they can say the things they been dying to say about them.

Speeches That Earned Clinton Millions Remain a Mystery ABC. This is a big deal. As I tweeted (please retweet and otherwise circulate): “Hillary lied: Goldman didn’t”offer”. Her $675K for 3 speeches = 3x her standard fee of $225K. GS simply met her rate.” She can’t bring herself to be truthful about her commercial dealings, going back to the Tyson bribe masked as an impossibly successful commodities trading record.

The FT comments section reports that Hillary’s standard contract depicts her speeches as her intellectual property and required that a stenographer make a transcript for her use only. The ABC article above reports:

Clinton’s contract prohibited her comments from being broadcast, transcribed or “otherwise reproduced,” according a copy of one such agreement with the University of Buffalo.

However, that contract is ONLY with the party that hired her. Anyone who was in the audience is under no contractual obligation to keep the information secret unless they also agreed in writing to not record the presentation (indeed, given the large-group nature, one could argue she has no expectation of privacy). So if we are so fortunate to have a reader who actually recorded any of these speeches, we’d love to get a copy (and that does not conflict with sending it to your favorite MSM outlet; they’d probably write it up in detail while we would upload the audio file as well as provide a transcript).

Bernie Sanders brandishes his Wall Street weapon Financial Times. As of this hour, comments more positive than you’d expect from this venue.

Exclusive: Presidential hopefuls Sanders, Clinton in dead heat – Reuters/Ipsos poll Reuters. This is after Iowa. Notice that this is despite Sanders having much lower name recognition than Clinton.

The Vampire Squid Tells Us How to Vote Matt Taibbi, Rolling Stone

‘Something smells’: Top Iowa paper calls for ‘complete audit’ of Clinton’s win over Sanders Raw Story. This is starting to get traction.

First cracks to the establishment by the American people failed evolution

Bernie’s Vermont Politico (resilc). This is a really good photo essay that includes people who’ve known Sanders a long time. That does mean they are old and white. Key quote: “If there was anything on the side of the people who were getting walked on, Bernie was always there, I don’t care if there were 10 people or thousands.” Also, ZOMG, people in Vermont care about policy.

How much influence does the media really have over elections? Nieman Lab

Why Liberals Should Support a Trump Nomination New York Magazine (resilc). NYMAg veers from having insight to being utterly mad.

New York crane collapse kills at least one person BBC. This never used to happen. Now it happens too often. Who is getting paid off?

Bundy militants could be forced to repay $3.4 million to taxpayers over illegal stunt Raw Story. (furzy). And that’s before court costs. Oh, I could enjoy this.

The Rise of the Rich-Poor Gap Martin Khor

Note to Hillary: Clintonomics was a Disaster for Most Americans Robert Pollin 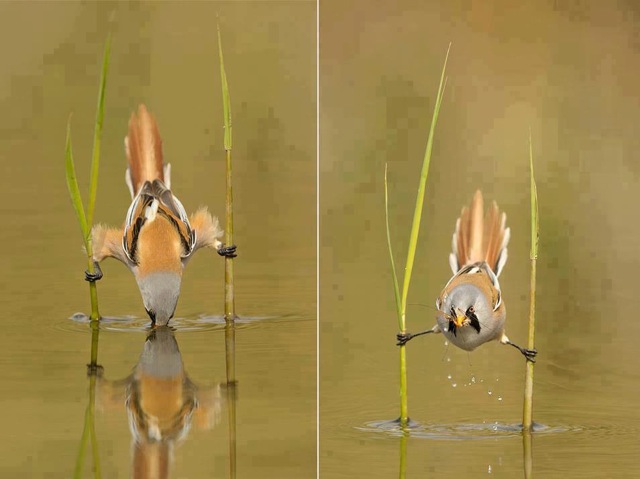