Yves here. As this post demonstrates, the Koch brothers see academia as yet another activity that adheres to the Golden Rule: he who has the gold sets the rules.

Mark Jamison has been a guest columnist of the Smoky Mountain News on several occasions now arguing against the addition of the Koch sponsored Center for Free Enterprise. This is another well written expose of why this addition should not be allowed at Western Carolina University. I would point out the flip-flopping going on as Chancellor Belcher glosses over in his explanation of mistakes being made. In earlier statements by Dr. Robert Lopez, the Provost, and the Trustees, the procedure was followed.

To give this the attention needed both Yves Smith at Naked Capitalism and Angry Bear have been covering this issue. “UnKoch My Campus” has also picked up on Western Carolina University. 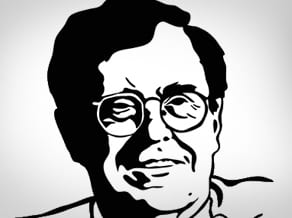 In “Sons of Wichita”, his detailed and heavily sourced biography of the Koch family, Daniel Schulman relates a story about Charles Koch’s attempt to apply his libertarian management theory known as Market-Based Management to Wichita Collegiate, the private school located across the street from the Koch compound. The school originally cofounded by Bob Love an associate of Charles’s father Fred Koch from the John Birch Society became embroiled in an “acrimonious uprising” after Charles Koch in his role as chairman of the school’s executive council applied techniques from his Market-Based Management system, a system designed to force everyone in an institution or business into an entrepreneurial role.

Schulman relates how Koch and other trustees meddled in hiring decisions and caused the abrupt resignation of a well-liked headmaster. “Incensed parents threatened to pull their children from the school; faculty members quit; students wore black in protest. Charles stepped down from the board of trustees citing, among other reasons, the school’s refusal to integrate his management style. But in a sign of just how much influence he exerted over the school; Richard Fink, one of Charles’s key advisors and an architect of Market-Based Management was installed as Collegiate’s interim head. The outrage ran so deep that, as Fink tried to tamp down the uproar, he was hung in effigy around campus.”

Fink, who received his PHD in economics from Rutgers later moved to George Mason, a public university in Virginia, to start the Koch sponsored Mercatus Institute. Fink figures prominently in Koch efforts to control and dictate to charities and educational facilities receiving Koch support. Another Koch sponsored enterprise, the Institute for Humane Studies, caused similar disruptions when it was relocated to George Mason. Schulman reports,

“The mission of IHS is to groom libertarian intellectuals by doling out scholarships, sponsoring seminars, and placing students in like-minded organizations.”

Simply providing funding for the promotion of his libertarian ideology was not enough for Charles Koch though. Roderick Long, a philosophy professor from Auburn and an affiliate of IHS is quoted as saying, “Massive micromanagement ensued.” Long went on to say, “the management began to do things like increasing the size of student seminars, packing them in, and then giving the students a political questionnaire at the beginning of the week and another one at the end, to measure how much their political beliefs shifted over the course of the week. (Woe betide any student who needs more than a week to mull new ideas prior to conversion.) They also started running scholarship application essays through a computer to measure how many times the ‘right names’ (Mises, Hayek, Friedman, Rand, Bastiat, etc.) were mentioned – regardless of what was said about them!” (The preceding quotes come from pages 250-251 Sons of Wichita: How the Koch Brothers Became America’s Most Powerful and Private Dynasty).

It should be noted that Professor Long is no liberal. He edits “The Journal of Ayn Rand Studies” and is a member of the Ludwig von Mises Institute, an organization that promotes the theories of the dean of Austrian economics.

Both Schulman’s book and Jane Mayer’s new book “Dark Money: The Hidden History of the Billionaires Behind the Rise of the Radical Right” go into great detail about the various organizations sponsored and funded by Charles and David Koch. From Americans for Prosperity to academic institutions similar to Mercatus, the Kochs have been active in funding organizations that promote specific ideologies. For better or worse that is something endemic in both our politics and apparently our public universities. Lately Charles Koch has been quite vocal in bemoaning the fact that his political contributions have not yielded an appropriate return on investment as demonstrated in a recent interview in the Financial Times where he said,

“You’d think we could have more influence.”

What is perhaps more troubling is in academic settings the Kochs have sought to exercise an extraordinary degree of control. Between 2007 and 2011 Charles Koch has pumped $31 million into universities for scholarships and programs (within that number the $2 million to WCU seems significant). At Florida State the contract with the university provide $1.5 million to hire two professors included a clause giving the Koch Foundation over the candidates.

The plan Charles Koch with the aid of Richard Fink has enacted is called a “Structure of Social Change” – a sort of business plan for the marketing of ideas. Fink has said about the plan:

“When we apply this model to the realm of ideas and social change, at the higher stages we have the investment in the intellectual raw materials, that is, the exploration and production of abstract concepts and theories. In the public policy arena, these still come primarily (though not exclusively) from the research done by scholars at our universities.” (my emphasis)

The book that Professor Lopez published for the broad market, “Madmen, Intellectuals and Academic Scribblers: The Economic Engine of Political Change” follows closely to the program Fink articulates.

Over the years the gifts from the Koch Foundation to various universities have faced increased scrutiny. The contract with Florida State clearly went against basic academic ethics. There is nothing however to indicate that Charles Koch has retreated in his desire to instill his radical brand of libertarianism into the institutions that create public policy and the universities that provide the research that helps support policy decisions. What has perhaps changed is that Mr. Koch, his foundation, and those he supports have become ever more sophisticated in capturing an outsized amount of influence.

Chancellor Belcher assures us there were mistakes made in the presentation of the current proposal but that the proposal itself meets all the basic criteria for acceptance. The fact that Professor Lopez advertised positions before official acceptance and outside normal channels raises significant questions. The contract may not allow veto power but if the structure of the program and the hiring are filtered through products of Koch programs, we may have a distinction without a difference. Charles Koch and his assistants like Richard Fink have been very clear about their intent and goals. It does not take a great deal of research to uncover statements that clearly speak to intent to indoctrinate. Ad hoc denials aside there is no reason not to take Mr. Koch’s word.

Chancellor Belcher suggests the bringing of a stronger level of scrutiny to the Koch proposal pushes us down a slippery slope. The chancellor is no naïf and surely he knows that in a complicated world we are often presented with slippery slopes – that is why judgment, ethics, and scrutiny exist. Dogmatic and doctrinaire disciplines give a skewed and distorted picture of the world as an either or, or black or white scenario. Hayek, Mises, and other doctrinaire believers in the creed of the free-market tell us the choice is either markets or Stalinism, an inexorable “Road to Serfdom.” Tennyson tells us,

“There lives more faith in honest doubt, believe me, than in half the creeds.”

There is a certain irony bordering on outright cognitive dissonance when the economics department of a publicly funded university embraces a set of theories that denies the need for public education and treats such public funding as an affront to the market. If scrutinizing this proposal puts us onto a slippery slope then accepting it simply sends us to the bottom of the slope.