For planned major regulatory acts undergoing impact assessment each party shall make publicly available, as early as possible, information on planning and timing leading to their adoption, including on planned stakeholder consultations and potential for significant impacts on trade, investment and on small and medium-sized enterprises (SMEs).

Note that “regulatory acts” are defined as “draft bills introduced in Congress.”

“Meeting today in Washington, Richard Trumka, President of the American Federation of Labor and Congress of Industrial Organizations (AFL-CIO) and Luca Visentini, General Secretary of the European Trade Union Confederation (ETUC), together stressed that, from available information, the current negotiations on the Trans-Atlantic Trade and Investment Partnership (TTIP) are on the wrong course. If this course isn’t corrected, TTIP will fail to create the people and planet-centered agreement needed to benefit the working peoples of the European Union and the United States” [ETUC]. That’s not a bug. It’s a feature.

CETA: Who pulled the plug on the right to regulate? [Foundation for a Free Information Infrastructure].

Clinton may have “evolved” on TPP, but her surrogates haven’t, and she hasn’t slapped them down. So we’re entitled to question the sincerity of her new convictions. First example: “Tampa Mayor Bob Buckhorn touted Hillary Clinton as the “best prepared” candidate to be president, but went past Clinton’s positions in his defense of free trade agreements. [Tampa Bay Times]. “Buckhorn has even acknowledged that promoting free trade won’t help him with traditional Democratic constituencies like unions if he runs for governor in 2018, but could help build political good will in Washington that could pay off when his city applies for federal grants in the future. As he put it in January, ‘relationships are mutually beneficial.'” Ka-ching. Second example: “[F]ormer Missouri Gov. Bob Holden, who backs Clinton, contends that her victories Tuesday in the other four primary states bolster another [trade] narrative [than Sanders]. ‘It sends a very strong message that she has the ability to unite their nation and lead us into the 21st century global economy.'” [St Louis Public Radio]. Oooh! “21st century global economy”! Sounds focus-grouped!

“How the ‘New York Times’ Sandbagged Bernie Sanders” [Matt Taibbi, Rolling Stone]. “I came to the same conclusions that Steinhauer did initially: that Sanders was skilled at the amendment process and also had a unique ability to reach across the aisle to make deals.” And then the editors got hold of it… Read the whole thing.

And then there’s CNN:

“Whatever you want to call this, it isn’t democracy. America has more Democrats than Republicans, and Sanders’s support among Democrats is greater than Trump’s among Republicans: he has a larger slice of a bigger pie. But somehow we seem set to propel Trump to the Republican nomination, making him the standard-bearer for the American right, while relegating Sanders to the status of a historical footnote” [Felix Salmon, Fusion].

“Why I Reject Lesser-of-Two-Evils-ism” [34Justice]. From December 2015, but ever-green. “It’s hard for me to see how we will ever fix our political process and reclaim our democracy by refusing to draw some lines in the sand.”

“But it is Trump’s claim that he can carry New York that most clearly undermines his promises of victory” [Stuart Rothenberg, Roll Call]. “New York State performs at least 10 points more Democratic than the country does, which means Trump would need to win the popular vote nationally by close to 60 percent to have a chance of carrying New York. And that, of course, will never happen.”

In virtually every general voter preference survey this year, one candidate jumps out. No, it&#39;s not Hillary Clinton. pic.twitter.com/p5irKgApWJ

“How to Steal a Nomination From Donald Trump” [Bloomberg]. “If the primary season thus far can be understood as a triumph for the candidate who defies the norms of politics, the shadow campaign now underway will reflect the primacy of rules, including some that can be wantonly rewritten to serve the interests of those in charge”

Industrial Production, February 2016: “Industrial production fell 0.5 percent in February but includes a respectable and higher-than-expected 0.2 percent gain for manufacturing production which pulls this report to the positive column for the economic outlook” [Econoday]. Lots of tap-dancing, followed by “this report, together with positive indications in yesterday’s Empire State report, do suggest, or at least offer the hint, that the worst may over.”

Consumer Price Index, February 2016: “The CPI core is showing pressure for a second month, up a higher-than-expected 0.3 percent in February with the year-on-year rate up 1 tenth to plus 2.3 percent and further above the Federal Reserve’s 2 percent line” [Econoday]. “Gains are once again led by health care.”

Housing Starts, February 2016: “Housing starts & permits are mixed with starts way up but permits, which are the more important of the two, way down” [Econoday]. “Starts rose 5.2 percent to a 1.178 million annualized rate while permits, which were expected to show no change, dropped 3.1 percent to 1.167 million.” And: “rolling averages are the best way to view this series – and the data remains in the range we have seen over the last 3 years. There are no warning signs except the rate of growth of building permits is decelerating” [Econintersect].

Honey for the Bears:

The Fed: “From traders: In conversations with customers this week, we heard a lot of skepticism about the Fed raising rates at all this year. Many sophisticated traders think the FOMC is making the same mistake the BOE did in 2014: Sure, they say they’re going to raise rates, but how can they?” [FTN Financial, Across the Curve].

“Deutsche Bank AG shares dropped as much as 6.2 percent after co-Chief Executive Officer John Cryan said he doesn’t expect the German lender to report a profit this year” [Bloomberg].

But the qualifying events also include “misconduct or misinformation” that may have occurred during the enrollment period; “incorrect plan data” that may have been presented when selecting a plan and health insurers violating their contracts.

This is Covered California; I’m not clear whether this applies to all of ObamaCare but at the least it’s good news for Californians.

“More than 1 million patients suffer harm each year in U.S. health care facilities. Often, their harm isn’t acknowledged even as they live with the consequences. ProPublica set out to capture their stories. Here is what we learned” [ProPublica].

” Almost half of the people who die at the hands of police have some kind of disability, according to a new report, as officers are often drawn into emergencies where urgent care may be more appropriate than lethal force” [NBC]. Eesh. The 26-year-old with Down syndrome who went to go see Zero Dark Thirty only to get whacked by a cop…

“Egypt’s dirty wheat problem” [Reuters]. At a glance, the architecture of the scam looks just like election fraud with an electronic voting machine.

“You can always tell when the king is here,” said Trump’s longtime butler at Mar-a-Lago https://t.co/b5b65ufXFp pic.twitter.com/U01NqFTHAK 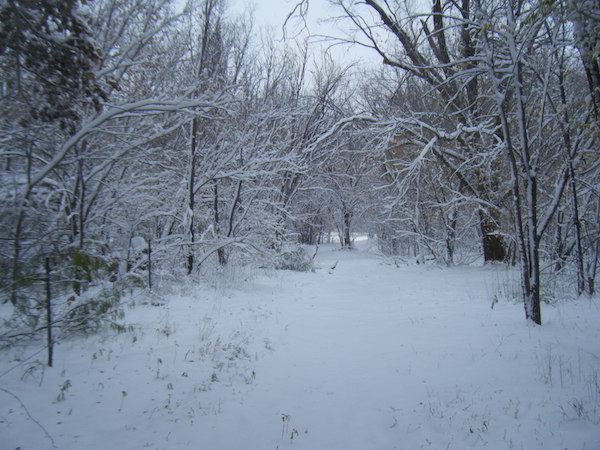 Trees will be creaking with the weight of the ice…