Serious Question: Can a Parrot Act As a Witness in Court? New York Magazine

Defensive Clinton Campaign Releases New ‘Who Are You To Judge Me?’ Ad Onion (David L)

IBM has turned away from customers to Wall Street I, Cringley (Glenn F)

Blunt obituary told the painful truth about Duluth sister’s suicide Minneapolis Star Tribune. Article: “Here is the truth: You have value. You have worth. You are loved. Trust the voices of those who love you. Trust the enormous chorus of voices that say only one thing: You matter.” Chuck L: “The neoliberal fundies might beg to differ.”

Female Computer Programmers Make $0.72 For Every Dollar Made By Male: Study Slashdot

Only Ukraine Could Have Brought Down MH17 Voltairenet (Chuck L)

Obama on ISIS: ‘They’re not an existential threat to us’ MSNBC (furzy). Spare me. The political classes yet again preying on the fact that people are bad at statistics. Getting in a car is a much bigger threat to you than ISIS is or ever will be.

This is not just about injecting an ad. Win10 is not compatible in some scenarios with advanced graphics and memory-intensive computational software; in other words stuff people use to make a living, or depend on for critical path service delivery (like in a medical office). This ad is pushing an unsafe/high-risk product upgrade which has the real potential to unrecoverably cripple the system. But domain-licensed corporate clients are not shown the ad; it only targets individual users and small businesses.

Many people — present company included — feel that putting an ad generator inside a security patch crosses way over the line. In fact, you have to ask yourself if there are any lines any more.

The Choice Is Not Between TPP or No Trade Lori Wallach, Huffington Post

America to Establishment: Who the hell are you people ? McClatchy

America’s obsession with social media is undermining the democratic process Quartz (resilc). This is ridiculous. 1. Confirmation bias long predated social media. 2. Social media simply allowed for more, better hot-button targeting that Karl Rove perfected in the days of snail mail. 3. What pisses the elites and punditocracy is they can’t lean against this sort of thing when they feel they need to through broadcast/broad reach media. Maybe they should have thought about that before they got rid of free-to-air TV.

Trump is Positioned to Win the Presidency Counterpunch (resilc)

Camille Paglia: This is why Trump’s winning, and why I won’t vote for Hillary Salon

They Made Him a Moron Baffler. Ouch.

If You Catch And Use Rainwater In Colorado, You Are A Criminal ThinkProgress(timotheus)

University of California president proposes privatization of pension fund WSWS (Judy B). With the Koch Brothers funding the think tank that it promoting it.

Trade failures of US bonds hit $456bn Financial Times (David L). What is disconcerting is that regulators appear to be sitting on their hands.

El-Erian: Expect markets to fall 10% in the next few months CNBC (furzy)

Unions push for cut in pension fund alternatives, get pushed back Politico (DO). If anyone can get me a copy of the study, I’d appreciate it.

Mocked and forgotten: who will speak for the American white working class? Guardian. Lambert featured this in Water Cooler yesterday but consider DO’s observation: “Private equity is responsible for this too.”

New Twist on the Sex-Offender Registry: Financial Crime Wall Street Journal. But of course, only what Bill Black calls “fraud mice” get targeted, much the less convicted.

In Hindsight, ‘American Psycho’ Looks Like Us New York Times

Antidote du jour. Chet G: “Signs of spring: I had my first sighting of a painted turtle this year (along with vivid lichen).” 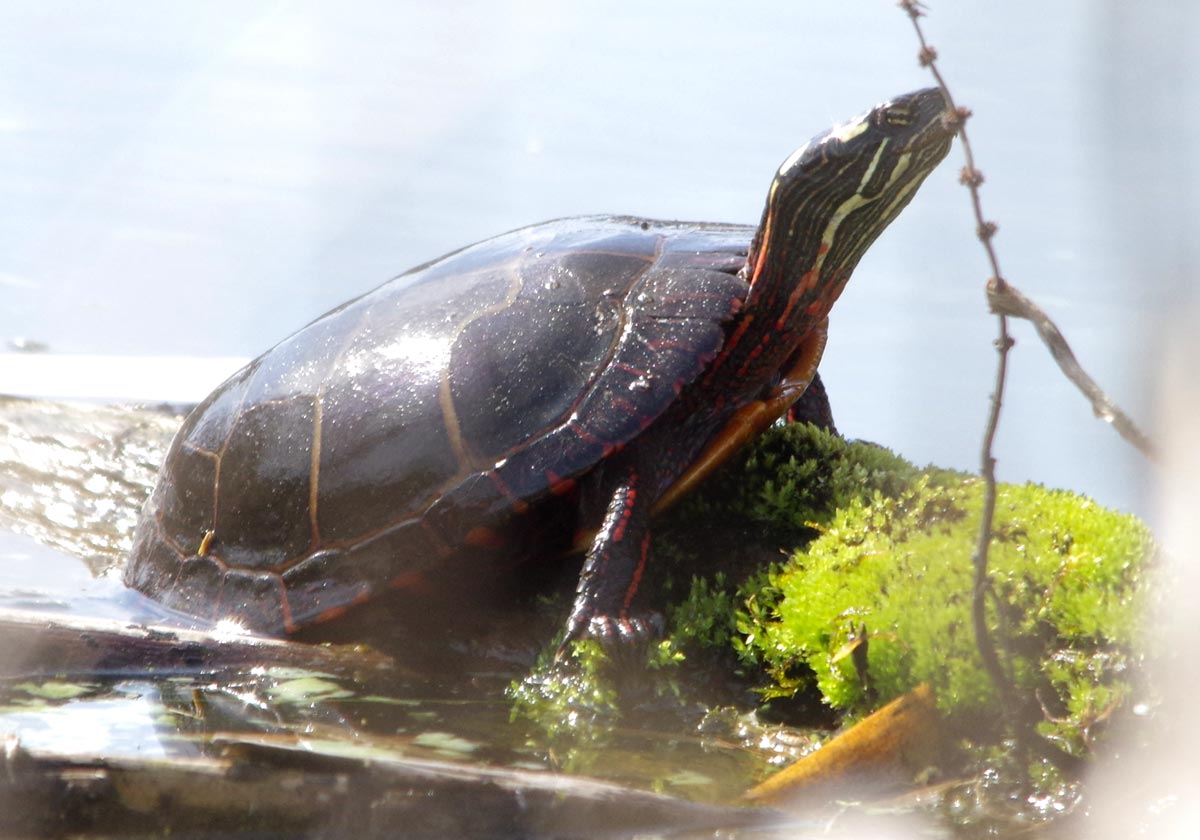