A shockingly small amount of US adults meet the science-backed criteria for a healthy lifestyle Science Alert. Now I am going to quibble. Their “150 minutes of moderate to vigorous activity” is simplistic. If you do really intense activity, like interval sprints (and full on, 30 seconds at your max, 2.5-3 minute rest interval), 20 minutes of that is more beneficial than longer periods of jogging, for instance.

Brussels attacks: How Saudi Arabia’s influence and a deal to get oil contracts sowed seeds of radicalism in Belgium Independent

BRICS Under Attack: The Empire Strikes Back In Brazil Mintpress

Holdout investors urge DOJ not to back Argentina in bond appeal: Frankel Reuters

Why does France want to overthrow the Syrian Arab Republic? Voltairenet (Wat)

Imprisoned With Her Baby, Bahraini Activist Is Victim of U.S. Silence, Sister Says Intercept. Resilc: “i was in the PEACE Corps there, now it is the war corps base of operations for usa usa. The Shia treated me so nice, the Sunnis not so much…..”

The FBI Is Trying to Crack the San Bernardino Case, Not Set a Precedent Wall Street Journal (guurst). The lady doth protest too much.

Should Sanders Build a Progressive Movement All the Way to the Convention and Beyond? Alternet

A Facebook posting. Martha r: “From bernie supporter (apparently quite young), with interesting description of her phone call re AZ primary with pratt wiley, national director of voter expansion for the DNC. I’ve emailed pratt wiley urging him to investigate promptly and thoroughly.”

Dawnya Dorsch Yaykin‎ to Bernie Sanders Activists
5 hrs · Lexington, KY ·
I just spent 37 minutes talking to Pratt Wiley (attorney), he is the National Director of Voter Expansion for the DNC. This is a big deal. He and his legal team are taking very seriously what happened in AZ yesterday and will be spending the day looking into every claim. I expressed our concerns about the DNC and MSM, and their obvious bias and corruption. He was very, very kind and shared the same concerns we have. He agrees that what happened yesterday was done on purpose and with ill intent. I suggested the first thing his department should do to start to make this right is take this story of voter suppression and fraud in AZ, and many other states to the Media.
He and I exchanged our e-mail address and decided to be in touch in a few days. He needs to hear from more people, he actually said he needs to hear from 100,000 more people like me.
I’ve decided not to give his number at this point, but his email is wileyp@DNC.org.
EVERYONE needs to send him an email about our frustrations, and any personal story you may have about voter suppression.
Pratt Wiley – Wileyp@dnc.org email him by the thousands!!!

Bernie Sanders Is Currently Winning the Democratic Primary Race, and I’ll Prove It to You Huffington Post (martha r)

Hillary Clinton for President Rolling Stone. Martha r: “Sorry, I just have to say this is utterly sickening.”

Clinton attacks Trump’s stance on Nato Financial Times. Note the straw manning. Trump wants other NATO members to bear more of the costs. God forbid the US participate in a NATO where we don’t call all the shots by providing virtually all of the dough.

Donald Trump will win in a landslide. *The mind behind ‘Dilbert’ explains why. -Washington Post (furzy)

Fed up with wait, Santa Clara sheriff buys jail cameras herself San Jose Mercury News. Jess: “Told that installing video cameras to monitor deputies in the county jail would cost $20 mil and take 2 years, the lady sheriff bought a 12 camera setup from Costco for $761 and had it installed herself. Needless to say, she has been vilified by the embarrassed county commissioners.”

Liquidity Death Spiral Traps Credit Suisse Bloomberg (David L). The headline exaggerates the severity of the issue, int that this is a trading desk/business unit event that will dent earnings, but not threaten survival. But it has the makings of another London Whale level debacle in terms of exposing unacceptably poor controls.

A message to the elite Richard Murphy 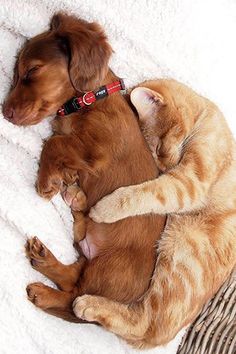