I’ve noticed a lack of Calpers stories lately. Have they somehow swayed you from focusing your attention on them?

Hell no! I’m flattered someone misses his regular dose of the CalPERS soap opera. The short answer is:

1. I thought readers needed a break from private equity.

2. The election is taking up time that ought to be going to reporting. Even assembling the extra links takes time.

3. Despite that, I actually have been working on the PE/CalPERS front a fair bit, but none of it has ripened into a story. Stay tuned!

The Fragility Of Nature Captured By Daniel Beltrá Ignant

Borrowing from ‘Frozen,’ Japan plans to seal Fukushima leak in wall of ice (+video) Christian Science Monitor (David L). I recall this was discussed tow years ago and dismissed as impractical.

World’s Biggest Bribe Scandal The Age/Huffington Post. Amazing sleuthing and a must read (Lambert put this as the lead item in Water Cooler yesterday). How could the US possibly have thought that we’d change the culture in a country where governing has always involved bribes?

If the FBI Doesn’t Tell Apple How They Hacked the San Bernardino iPhone, They’re Putting Lives at Risk Common Dreams

Second judge says Clinton email setup may have been in ‘bad faith’ Reuters. From yesterday, but gives a much clearer account of the judge’s views (deservedly pissed off at the ‘tude about the law and his court in particular) than most other MSM sources.

Bernie Sanders Supporter Confronted a Superdelegate — Then Leaked Their Private Conversation US Uncut. Lambert featured this in Water Cooler, but worthy of circulating.

Trump under fire over abortion remarks Financial Times. This looks like Trump is choosing to implode. He’s had his fun and he’s now going to outrage his way out. If you see another major blooper like this in a week or less, this is no accident. He did backtrack quickly but the damage is done.

Carson defends Trump: He didn’t have time to think about abortion question The Hill. Carson must have been promised something major….

The Talkers May Torpedo Trump in Wisconsin US News

Causation or correlation between fracking and party change Wharton. Conor: “This seems to ignore whether fracking organisations injected a disproportionate amount of resources into the election campaigns of the districts concerned.”

Investment banks face sharp trading falls Financial Times. So the complaints about market liquidity look to be a function of lack of volume, not those horrible regulations.

Will U.S. Bring Cases It Promised Against Currency Traders? Bloomberg

Welcome to Iceland, Where Bad Bankers Go to Prison Bloomberg 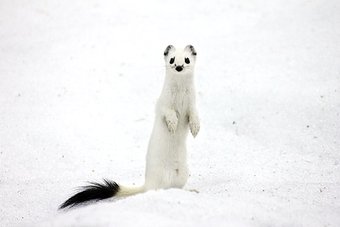