There’s a flaw in Australia’s economic growth report Sydney Morning Herald. EM: “Not just Oz .. feature, not bug, from the perspective of the global neoliberal-economic ‘deciderschaft’.”

Central banks: from omnipotence to impotence? Bruegel. OMG, this is written in economese, but what they are basically describing, and not even recognizing it, is tantamount to hitting buttons randomly on a machine and believing that some of them will surely work.

Australia Finds Something Else to Export to China Wall Street Journal

Can Cryan halt Deutsche Bank’s decline? Euromoney. From a reader:

The short answer is “doubt it”. With DB, I’d coin a “Too Big To Regulate” term. IMO, there are no realistic (and commensurate) actions that a regulator can take on some of the problems facing DB w/o bringing it down.

Consider a simple scenario – say DB’s VaR system is not-fit-for purpose (for whatever reasons), and regulator fines DB a few bils and forces it from the internal model on standard model.

You just (estimate) doubled the capital requirement (including the fine), so you probably brought CET to about half/two thirds of what it’s now (say 12, so it’s now 6), which likely triggers a slew of CoCos (I think the regulatory trigger is around 7% usually), making it exceedingly hard for DB to raise any more equity, which in turn will make anyone wary of trading with DB, which is a death sentence.

Which regulator knows pretty well, so apart from making some noises will not do anything.

Mosul dam engineers warn it could fail at any time, killing 1 million people ZME Science (resilc). We’ve linked to earlier stories on this before….and the risks only seem to be increasing.

Tech Rallies to Apple’s Defense, but Not Without Some Hand-Wringing New York Times

White House Said to Be Vetting Appeals Court Judge for Supreme Court Seat New York Times. Belies the Obama powerlessness in the fact of nasty Rs meme. If nothing else, Grassley will suffer if he doesn’t move this to hearing. The implicit message is: “I gave you guys a perfectly acceptable conservative and you rejected that out of sheer cussedness. Now I’m going to start serving up less conservative picks, and extracting a cost if you nix them.”

The Trouble with Trump for Bankers American Banker (MS)

US foreign policy experts round on Trump Financial Times

Romney to Lay Out Case Against Trump in Speech Thursday Bloomberg. This is comical. The Republican party or Mittens himself seem to labor under the delusion that he will reach people outside the choir.

The rise of American authoritarianism Vox (kj1313). The tone of surprise and horror is hardly warranted. This is the result of at least 15 years of conditioning, such as constant pounding of the “terrorists are under every bed” meme, authoritarian schooling, schools requiring constant oversight of children (kids not allowed to walk home), and suppression of dissent and vigorous discourse outside venues that are treated as fringe. Oh, and separately, this means you Sanders supporters who will vote for Trump if the Democrat alternative is Clinton are authoritarians.

More than 45K sign petition to arrest Bill Clinton CNBC. Palindrome: “The mass visceral negative response to Bill Clinton’s campaigning at polling stations highlights how a large part of the American population, across ideological boundaries, feels about the Clintons. There were over 76,000 signatures the last time I checked.” Link to petition here.

The Revolution Has Begun’: After Super Tuesday Wins, Sanders Looks Ahead Common Dreams

How the U.S. Government and HSBC Have Teamed Up to Hide the Truth From a Pennsylvania Couple Mike Krieger

The real enemy of the small-medium businesses failed evolution 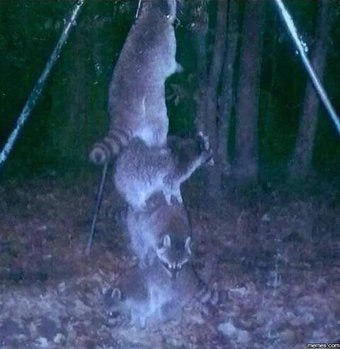