Can Bernie Sanders Upset Hillary Clinton in New York? The New Yorker. The rough benchmark is Zepyhr Teachout’s primary of Andrew Cuomo in 2014. She got 1/3 of the vote (and won several counties upstate) but had virtually no money, and it’s two years later, which a much higher expected turnout. So extrapolate to your heart’s content.

A love letter to Bernie Erik Forman, Medium (h/t martha r). Interesting call from Bernie supporters for a movement-based politics that survives any one election and is bigger than any one candidate.

Sorry Paul, but the Bailout WAS about the Banks Adam Levitin, Credit Slips. Today’s must-read.

Why no economic boost from lower oil prices? Econbrowser

Global trade should be remade from the bottom up Larry Summers, Financial Times. Someone sounds nervous.

The [panamapapers] scandal intensified the already acrimonious relations between Poroshenko’s bloc and Yatseniuk’s party, which for months have been fueled by mutual accusations of corruption.

Maybe Yatseniuk will say more later about why he walked.

Photos from the demonstration in Malta Daphne Caruana Galizia

28 Pages 60 Minutes, CBS. A major story on the classified section of the 9/11 report that has already yielded this break of the silence:

Kerry visits Hiroshima memorial 7 decades after A-bomb The Washington Post. No apology asked for or given.

Isis in Iraq: The women Kurd and Yazidi fighters that put the fear into jihadis – because they’ll rob them of paradise The Independent

One woman helped the mastermind of the Paris attacks. The other turned him in The Washington Post

In Pa. and elsewhere, death penalty is dying a slow death Philadelphia Inquirer

Join the One Percent and Live a Decade Longer Bloomberg

For Staff on ‘Naked and Afraid,’ Work Is Just a Blur New York Times. In a past life, this was my job. Not on this particular show, but as a TV editor blurring was often a part of the gig, usually not of nakedness but of a license plate, corporate logo, or face of someone who never signed a release. This is the most painstaking work for the smallest value in Hollywood, particularly on these shows with handheld cameras where the subject moves around in the frame a lot. You can keyframe and interpolate the blur as the subject moves around, but inevitably you have to add more and more keyframes to keep up with the blur, until you’re effectively painting each of the 30 frames per second. The estimate here is that blurring an entire episode of this show takes 50 hours, and that sounds right to me. I know I’m not supposed to describe a cushy desk job as “soul-crushing,” but that sounds like it to me. 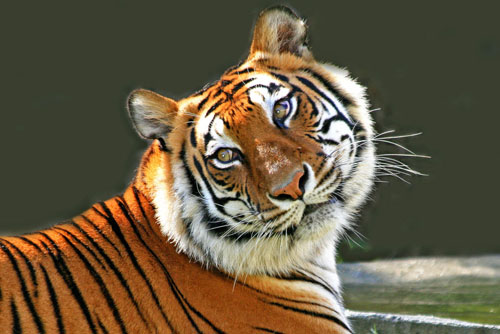