Dear patient readers: I went out to vote (and if you are in NY, you should too!), so you will get a few additional links after our normal 7:00 AM launch time. Please check back later.

Octopuses are super-smart … but are they conscious? The Conversation

38 genes influence when you lose your virginity. But so what? New Scientist

Panama Papers: Tech Companies Could Be Up Next Forbes

The Guardian view on Dilma Rousseff’s impeachment: a tragedy and a scandal Guardian (Richard Smith)

Can we believe what the Treasury says about the cost of Brexit? The Conversation

Farmers’ union backs staying in EU BBC. FWIW, a recent FT sotry on Brexit, on Obama saying it would be bad for the UK to leave (as in he has a say!) got what looked like a record number of comments, over 700. One reader estimated that 80% were pro-Brexit. If you don’t have FT readers on your side, you are really in trouble.

Wolfgang Schäuble Tries to Save the Euro Wall Street Journal. This is an example of the sort of thing you get on the WSJ editorial page, which is why it’s generally best avoided. But it can nevertheless be instructive to read the rationalizations of the German case.

Smart Mattress With Lover Detection System Will Alert You Of Illicit Shagging, Rat Out Cheaters HotHardware. Chuck L: “Just what a Hedge Fundie needs to make sure his arm candy isn’t wrapped in the embrace of the wrong arms.”

We are encouraging ALL independent and disenfranchised NY voters to VOTE on April 19th by provisional ballot. Voters should tell poll workers that there is a motion pending in Federal District Court [docket CV-16 1892] to declare the Primary open, and they are casting their vote in the expectation of a favorable ruling by the judge on April 19th and subsequently. ElectionJusticeNY (Deontos). Please circulate.

Why Sanders Does Better With Independents FiveThirtyEight (resilc)

Polling for Clinton Versus Sanders In New York Is Mostly Garbage Connor Kilpatrick. Finds errors in all the polls on NY, and when reweighted, the race looks super close.

Sanders wins support from New York’s climate movement Toxics Targeting. John C points out that the article is from Denmark.

Why Secrecy Rules Apply to Everyone American Conservative. Resilc: “I would have lost my security clearance in a nanosecord and drummed out of the foreign service for a fraction of what Clintoon and her crew did with servers and outside employment.”

Betrayal is at the heart of U.S. politics Reuters (resilc)

How the GOP is losing its grip on working-class Republicans. Slate

Culling of the Unicorns

Theranos Is Subject of Criminal Probe by U.S. Wall Street Journal. Still a remarkable number of comments trying to make Holmes out as a victim of meanie jealous journalists. I suppose that’s the best the media consultant could come up with.

Lord Adair Turner: Are Governments and Central Banks Out of Ammunition? CFA Institute

When Lies Are Allowed in a Business Deal New York Times

More cable and internet installers are independent contractors, and the hours and wages are brutal Slate 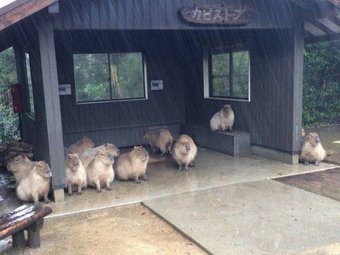