An extensive reef system at the Amazon River mouth (PDF) Science Advances. In a site marked for oil exploration.

Back from the dead: Russians revive pre-historic amoebae Russia Beyond the Headines (MR).

One more scandal in the European Parliament the unbalanced evolution of homo sapiens (ChrisSp).

Vibrant, Noisy and Booming: Welcome to the New Moscow Der Speigel. Reads like a puff piece, to me. So, why now? Although “free WLAN in subway cars, parks, restaurants and cemeteries” makes New York’s WiFi kiosk system look a little… provincial.

Mish’s Sure Fire Proposal to End Japanese Deflation: Negative Sales Taxes, 1% Monthly Tax on Gov’t Bonds MishTalk. A progressive consumption subsidy. From Mish. What a year this has been!

When Media Shill For Saudi Money Moon of Alabama

To See the Real Story in Brazil, Look at Who Is Being Installed as President — and Finance Chiefs The Intercept (RS).

Brazil’s Rousseff may appeal to Mercosur if impeached illegally Reuters

Range Resources exec’s well-site remarks drawing sharp criticism Pittsburgh Post-Gazette. “‘We heard Range Resources say it sites its shale gas wells away from large homes where wealthy people live and who might have the money to fight such drilling and fracking operations,’ said Patrick Grenter, an attorney and Center for Coalfield Justice executive director, who attended the lawyers’ forum. A handful of attorneys in the audience confirmed that account.”

Last July, NSA and CIA Decided They Didn’t Have to Follow Minimization Procedures, and Judge Hogan Is Cool with That EmptyWheel

Routine Voter Purge Is Cited in Brooklyn Election Trouble NYT. “On Thursday, the Board of Elections announced that it had suspended a longtime employee, Diane Haslett-Rudiano, the chief clerk at the Brooklyn office and a Republican appointee. Ms. Haslett-Rudiano’s Democratic counterpart, Betty Ann Canizio, who would, by the rules, be required to sign off on any voter removals, remained in her post.” Odd.

Despite questions about Brooklyn voter purge, it doesn’t seem to have hurt turnout WaPo

Clinton doubling down on transcripts The Hill. Of course, if the transcripts were exculpatory, she’d already have released them, with a million-dollar budget media offensive.

Firms that paid for Clinton speeches have US gov’t interests AP. Film at 11.

The desperate scramble for Bernie’s secret weapon Politico. Not his message, silly. His list. So that’s “desperate and unseemly,” Politico. Fixed it for ya.

Why Elizabeth Warren Would Have More Clout As Hillary Clinton’s VP HuffPo. A trial balloon made of lead?

These are the 5 demands Sanders can get from Clinton at the convention Business Insider. Another trial balloon, and a distinctly flabby one. See here for some real demands.

For Occupy Wall Street Alums, Sanders Just a Means to Their Own Ends Bloomberg

Hillary & Women NYRB. Context of the “stayed home and baked cookies” line. Of course, there’s no need to bake cookies personally when so many are so willing to provide a whole jar…

While Trump Tries to Mainstream His Message, His Supporters Are Sending Death Threats to Delegates New York Magazine

Biden Looks Back, Aspirations Intact NYT. Biden: “I don’t think any Democrat’s ever won saying, ‘We can’t think that big — we ought to really downsize here because it’s not realistic.’ C’mon man, this is the Democratic Party! I’m not part of the party that says, ‘Well, we can’t do it.'”

“We have to destroy and to build”: Eric Hazan on Nuit Debout, the Invisible Committee, La Fabrique, and Houria Bouteldja Verso

Sen. Michael Bennet comes out against ColoradoCare Colorado Independent. ColoradoCare is a single payer proposal, “Amendment 69.” Bennet is, of course, a Democrat.

What Happened to Sandra Bland? The Nation

A Silicon Valley entrepreneur says basic income would work even if 90% of people smoked weed instead of working Tech Insider (Furzy Mouse).

The Psychopath, the Altruist and the Rest of Us WSJ

The Secret History of Tiger Woods ESPN. Excruciatingly toxic and fragile masculinity. And not just Woods. 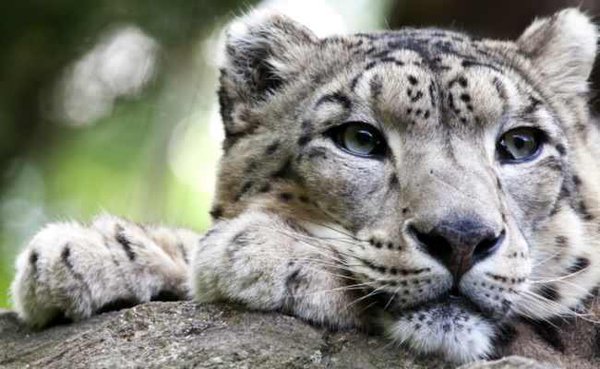 And since there can never be too many snow leopards, a bonus video:

A Snow Leopard showing off. pic.twitter.com/emnqGmJjck