Readers, you get an extra ration of links because I’m not doing an original post, this being a low-traffic day.

What animals can swim up your toilet? BBC. News you can use!

Why Is a Hospital Machine Tied to Superbugs Still in Use? Bloomberg

Facebook Wants to Help Sell Every Ad on the Web WSJ. Even if you don’t use Facebook. (See also Facebook Settles FTC Charges That It Deceived Consumers By Failing To Keep Privacy Promises FTC, November 29, 2011.)

‘Disaster in the Making’: The Many Failures of the EU-Turkey Refugee Deal Der Spiegel

Tony Blair: Corbyn government would be a dangerous experiment Guardian

A former senior U.S. general again calls for abolishing the nuclear forces he once commanded Center for Public Integrity

The Anti-Imperial Emperor The Baffler

For my friends who think it’s important (now) to elect HRC and take back the Senate – a short history lesson Op-Ed News (MR).

Pretty as a picnic… table! Hillary Clinton dons bizarre pink gingham outfit for a meeting at Home Of Chicken And Waffles in Oakland Daily Mail

Donald Trump: “There is No Drought” and Other California Water Inanities HuffPo

How swing voters could swing – to Trump McClatchy (Re Silc).

Police Declared Protests Outside Donald Trump’s San Diego Rally An Unlawful Assembly, But What Does That Mean? Bustle. Couple of odd things about the Trump protests in San Diego and Albuquerque (and let me caveat that Google News is getting worse and worse, so I may be missing something). First, I’m not seeing any outraged condemnations of “the violence” by the Democrat Establishment. Second, I’m not seeing any reporting about who the protesters actually are, especially the water bottle-throwers. As we know from Occupy, there can be multiple and conflicting players who seek violence. Oh, and the numbers aren’t very large. A thousand or so.

The Nickname Campaign Eschaton. Nobody could have predicted the DNC’s “Dangerous Donald” would flop. Crime makes you stupid, I guess.

It’s time to look in the mirror, Bernie: Now, more than ever, Sanders needs to be criticized for his failed political theories Amanda Marcotte, Salon. I’ll just leave this here.

Red and Blue Agony Elizabeth Drew, NYRB. And this.

Be Like Bernie: Sanders Looks To Spread His Political Wealth NPR

If you thought one Bernie Sanders was good, how about 100 of him? Anoa Changa, Guardian

Mika: It Feels Like Hillary Clinton Is Lying Straight Out | Morning Joe | MSNBC YouTube. Watch it all, especially Brzezinski’s sigh and “I know” at 2:22. These are chattering class members who aren’t Republican partisans and are outside the Clinton bubble. When you’ve lost Andrea Mitchell…

Time to care about damn emails: Hillary Clinton has a serious legal problem Salon. (Again, if you haven’t read this from Informed Vote, grab a cup of coffee and settle into an armchair.)

Clinton email headache is about to get worse The Hill (MR).

Feds fight to prevent Clinton deposition in email case The Hill (Li). Perhaps we have lawyerly readers who can comment on the DOJ strategery?

Mind the Gap: The Divide Between Gap’s Promises and Actual Labor Conditions The Fashion Law

How America Lost Its Mojo The Atlantic. Housing costs.

A Sheep in Wolf’s Clothing WSJ

U.S. Cellphone Study Fans Cancer Worries WSJ. I guess all the kidz with their ears glued to their phones will be excellent fodder for a generation’s-worth of longitudinal studies… 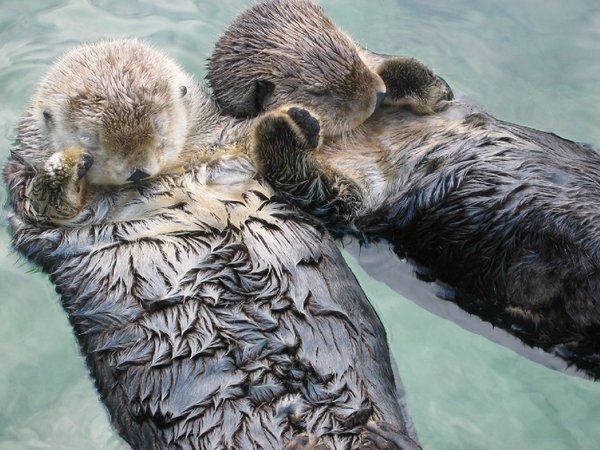