INTERVIEW-Might be time for China to tighten policy, not ease says IMF
CNBC

The Calm Before the Coming Global Storm Pepe Escobar. From earlier this week, and broader than China, but similar level of gloom as AEP.

Looking for the exit Defend Democracy. No one is considering the payments system roach motel. I am sure the ECB and key Eurocrats, particularly those who remember the introduction of the euro, understand full well how reintroducing a new currency will take years, and that even with years of planning.

IMF Tells Eurozone to Start Greek Debt Talks Financial Times. I should write this up but desperately need to get to a more normal sleep cycle. Basically, the IMF (and this is via a letter from Lagarde) is sticking to its guns: either Greece gets real debt relief or the IMF is out. The German Parliament has refused to give debt relief and has approved a new bailout on the condition that the IMF participate. This creates an impasse for Merkel, who is very short on political capital, and is an embarrassment to Schauble, who has been insistent that there be no more breaks for Greece and has not prepared the Parliament for this outcome.

The IMF leaked the memo to its pet outlet, the Financial Times, no doubt as a shot across the bow to Germany. Note Lagarde may not have authorized this leak; the IMF European team has gone a bit rogue, and has used leaks before to corner Lagarde. Moreover, virtually the entire IMF staff is in revolt on this issue, and the European team leader, Poul Thomsen, is highly respected internally and externally, so he wields more cards than a normal underling would. And even the IMF’s position. that Greece still achieve a 1.5% budget surplus, is lunacy, which gives you an idea of how utterly batshit the German stance is.

Germany’s official position is that it lacks the skills to run the “program” in Greece, which is not exactly true. It does not trust the European Commission, which has never done this sort of thing and is also friendlier to smaller countries. That means, in Germany’s mind, it would have to get actively involved in program oversight, which in turn means the thuggishness of Germany would no longer be disguised by the IMF mantle.

Workers in Greece Strike as Debt Talks, and More Austerity, Loom New York Times (Sid S). Note the Eurocrat hope had been to keep this out of the headline while Brexit was in play.

Syria: An “Airstrike” That Did Not Happen Moon of Alabama (Wat)

Obama official says he pushed a ‘narrative’ to media to sell the Iran nuclear deal Washington Post. Dan K points out this appeared in the lifestyle section:

Rhodes, 38, said in the article that it was easy to shape a favorable impression of the proposed agreement because of the inexperience of many of those covering the issue.

“All these newspapers used to have foreign bureaus,” he said. “Now they don’t. They call us to explain to them what’s happening in Moscow and Cairo. Most of the outlets are reporting on world events from Washington. The average reporter we talk to is 27 years old, and their only reporting experience consists of being around political campaigns. That’s a sea change. They literally know nothing.”

Sound familiar? This happens not just in “journalism”, but across many industries (and government), largely driven by economic considerations and factors. Legacy knowledge has been forced out, new (often lesser-paid) hires lack context and experience, and are under pressure to produce without doing more than cursory research. On top of that, social media increases the rate at which ideas promulgate, stunting their depth and growth, see below.

Refers to this article:

which is a profile of Ben Rhodes, but also talks about shaping stories on through social media.

Inside Palantir, Silicon Valley’s Most Secretive Company BuzzFeed (martha r). “Palantir” is an ill-omened name. Sauron used the one Saurman had to show him selected information, i.e., what amounted to propaganda.

Sanders Letter to the DNC (Kevin C). If you are a registered Democrat, or have generally voted Democratic, I suggest sending this to all your state elected officials with a note to the effect, “This treatment of Sanders makes clear that the Democratic party is not interested in the view of its voters as reflected in election results. I see no reason to continue to vote for the representatives of a party that operates in this manner.” I’d be amused to learn what if any responses you get.

Why must the Trump alternative be self-satisfied, complacent Democrats? Guardian (flora, Dan K)

The Big Reason Why Hillary Should Consider Bernie for Her Running Mate (Even Though She Won’t) Alternet (furzy). He’s too old and from the East, and she will never never never embrace his policies. Plus Sanders would not agree to be her hood ornament.

George Stephanopolous and His Panel on the Thought of Trump Winning Last Summer: “HAHAHHAHAHAHHA” Gawker (resilc)

Trump’s take on debt repayment raises eyebrows Financial Times. Someone needs to pull him aside and tell him about MMT. If he means it, he really is going to freak out creditors, which could be kind of interesting, in the Chinese curse sense. The only logic I can see here is that he is doing the economic equivalent of the strategy Kissinger recommended for Nixon in foreign affairs: act like an unpredictable madman with his finger on the nuclear button. Threatening the Treasury market is seen as that serious by finance people (which does tell you about their exaggerated sense of self-importance). China holds tons of Treasuries and losing money on Treasuries has been a hot political issue in China intermittently (which is bizarre since they have no domestic value and are basically a deadweight loss, save for defending the currency). So there might be some logic here in terms of giving the US economic negotiating advantage against China….but yes, I will be the first to admit this is probably giving Trump way more credit than he is due. Plus operationally I doubt the Administration has the authority to default voluntarily, much the less selectively.

Want to Move to Canada If Trump Wins? Not So Fast Rolling Stone (resilc). See, I told you emigrating was not easy. But wait until China crashes and takes the Canadian real estate market and the loonie with it. There was a point when you could get permanent residence in Spain by investing 200,000 euros in Spanish residential property. I knew that was an opportunity of a lifetime but was unable to take advantage of it. The problem is US assets will be whacked when that happens too, but not as badly.

U.S. cracks down on e-cigarettes and cigars, bans sales to minors Reuters (EM)

Pension official called out for side gigs on company boards CNBC. This is blowing up. We picked up on the post by Andrew Silton, the former North Carolina chief investment officer, calling this out. CNBC is re-reportig a David Sirota story at International Business Times: North Carolina Treasurer Will Run State Pension While Serving On Corporate Boards. Read the Sirota piece for the damning e-mails.

EM tourists go back to bricks and mortar Financial Times. A revolt against technology.

Lyft Plans to Put Self-Driving Electric Taxis on the Road by 2017 Vanity Fair. Resilc and I agree that this is complete vaporware.

The Dawn of the Cthulhucene: A Retrospective Archdruid. Several readers have commented approvingly. Apologies for lack of corresponding hat tips. 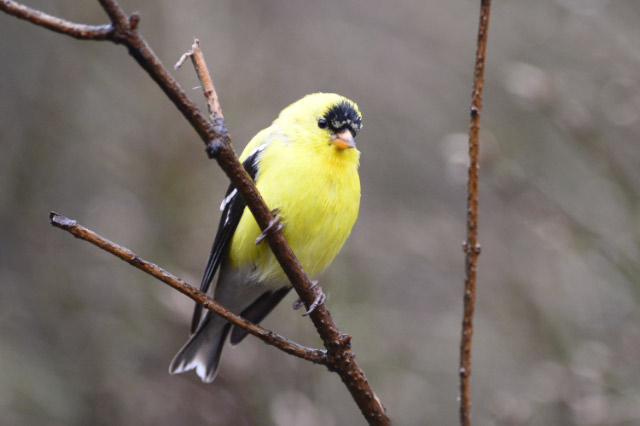