What About this War on Meat? Big Picture Agriculture (km)

Ransomware and the New Economics of Cybercrime Atlantic (resic)

The world lost more than $13 trillion last year because of war Washington Post (furzy). I am sure resilc would have something tart to say about this….Update: He obliged by e-mail: “But the number of new Teslas and designer olive oil shoppes in DC has expanded greatly.”

A Steel Mill Lives Again, in a Setback for China New York Times

The use of ECB liquidity Bruegel

Why the U.N.’s Decision to Cave Under Saudi Pressure Matters American Conservative (resilc)

How It Begins PA Progress. Martha r: “Rallying cry. Good quotes from MLKing toward the end.”

Democrats Will Learn All the Wrong Lessons From Brush With Bernie Matt Taibbi, Rolling Stone

Bernie Sanders White House Driveway Remarks CSPAN. It sounds as if he will stump very hard v. Trump, which means for Hillary.

Where are the Missing California Primary Votes? Counterpunch (martha r)

Was there a “Secret Win” conspiracy between AP and Clinton’s team? Sure looks like it…. Pam Martens and Russ Martens

Elizabeth Warren’s Facebook Fans on Clinton Endorsement: Noooooooooooo! Mother Jones (furzy). A guy in the gym who reads NC pulled me aside in the gym last evening to say how bothered he was by Warren “selling out” and he was afraid Sanders would do the same.

Why don’t more women like Hillary Clinton? Financial Times. I’m offended by the identity politics, that I should support women because they are women, particularly when Clinton herself has done no such thing. I’m stunned that older women support her as a professional who supposedly broke barriers, when she rode Bill’s coattails. See Identity Politics and Interest Ian Welsh (martha r). “Being gay, or female or colored is a really strong asset when dealing with most modern left-wing types because they tend to assume clustering, discount sell-outs and not understand that their assumptions are being used against them by con-artists.”

Donald Trump’s own lawyer donated maximum amount to Hillary Clinton campaign Independent. YY: “I think the weirdest part of this business is that the lawyer is allowing the client to publicly dis the judge presiding over his case. This is close to nuzzoid if not just pure brazen idiotic but fun behavior. Doesn’t the judge need to approve any settlements?”

Leftists for Trump: What Is to Be Done About These Insufferable Nihilists? Slate (resilc). Doubles down on the Clinton campaign tactic of belittling those who find Clinton’s political positions unacceptable. And the bit about catharsis is pure projection. The out of tune Clinton version of “I am woman, hear me roar” earlier this week was about trying to give women a catharsis! Hello!

There Are More White Voters Than People Think. That’s Good News for Trump New York Times. MS: “Also a lot of Latinos self identify as white.” A top political scientist has said for a while to me privately that the identity politics strategy that Clinton has embraced would win in the primaries but lose in the general.

Trump’s Fundraising Plan Puts RNC in Control Wall Street Journal. So this is how the party hopes to bring Trump to heel, by controlling the checkbook. But will it work?

Exclusive: Charles Koch and his company launch ‘end the divide’ ad campaign USA Today. Bill C: “Just….WOWLike Hillary, the Kochs can be anything…” He also provided a link to the Koch commercial.

Uber and Its Executives Are Fined in France New York Times 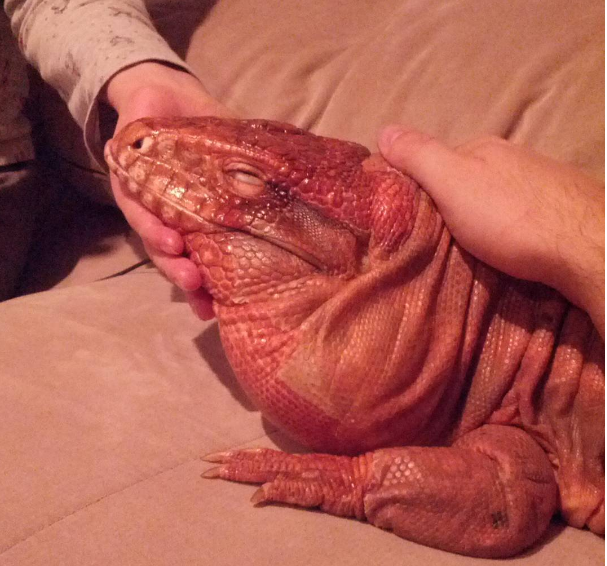 And a bonus video, from the Oregon Zoo. The story in FAZ (hat tip Tom F) says this has gone viral: