‘I am not a lizard’: Mark Zuckerberg is latest celebrity asked about reptilian conspiracy McClatchy

Britain’s Elites Can’t Ignore the Masses Bloomberg. Resilc: “And why not? When do they not ignore them?”

Brexit: How Brits of all shapes and sizes say they will vote in the EU referendum Quartz

Lord Ashcroft: My final referendum focus groups. “I can’t make my mind up. It’s a lot of responsibility, and I really want to get it right.” Conservative Home

Please Vote Leave on Thursday, because we’ll never get this chance again Telegraph. Remember that Boris Johnson comes out a big winner if Leave prevails. I know some people who regard that alone as reason to vote Remain. As bad as Cameron is, they regard Johnson as a vastly worse potential replacement.

Brexit could have domino effect in Eastern Europe Reuters

Cornish pasties: the tastiest victims of a Brexit? France24. Dunno. I’ve had pasties (in the Upper Peninsula of Michigan) and only one was any good. But was that a function of the dish or the lack of authenticity?

The Brexit vote could cause a huge buying opportunity: Wells Fargo CNBC. Furzy is skeptical.

Grandmaster Putin (Grandiose multi-step operation lasting 16 years) Vineyard of the Saker. Chuck L: “A good backgrounder on Eurasian events over the past twenty or so years from a Russian perspective.”

Hillary Who? Progressive activists at People’s Summt not ready for Clinton CNN (resilc). So NC readers are not the only Bernie supporters who are dubious about Clinton.

Dan Rather: I can see Trump winning, and Clinton should be really worried CNBC

Ted Cruz pokes GOP establishment with return to campaign trail CNN. Lambert: “So Trump gets to beat him again.”

Donald Trump calls profiling Muslims ‘common sense’ Washington Post. Note what he said was more nuanced, but Trump never gets credit for nuance when he attempts it:

“Well, I think profiling is something that we’re going to have to start thinking about as a country,” he said when Dickerson asked Trump whether he still supports the idea, which he has floated before. “And other countries do it; you look at Israel and you look at others and they do it and they do it successfully. You know, I hate the concept of profiling. But we have to start using common sense, and we have to use, you know, we have to use our heads … we really have to look at profiling. We have to look at it seriously.

I wonder whether his wannabe minders approved or not.

Did Donald Trump self-fund his way to the Republican nomination? Not exactly CNN (furzy)

End of conservative Supreme Court: Clarence Thomas may be next to leave | Washington Examiner

How the NRA perverted the meaning of the 2nd Amendment.

Teens should have summer jobs, the less glamorous the better Quartz (resilc). I sold newspaper subscriptions door to door. And you?

Antidote du jour. From John M at his farm: 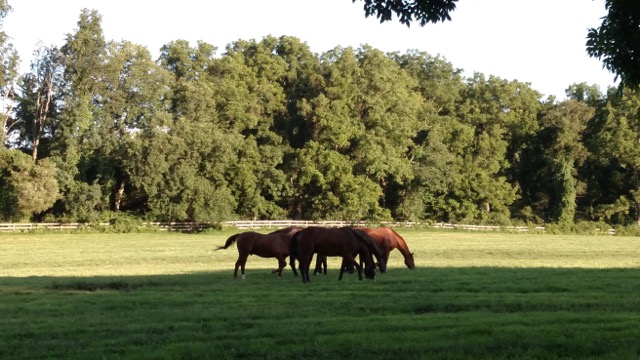 And a bonus! Raccoon problem-solving (@QuickTempa via Lambert): 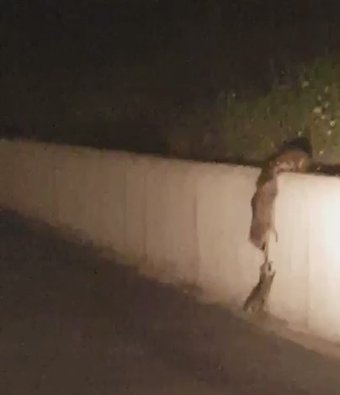