I am very screwed up as a result of the DDoS attack of yesterday, which kept me up until 10:00 AM. So Links are a bit thin given the high news flow. Please add as needed in comments. Thanks!

Montana hunter survives grizzly bear attack by plunging his arm down its throat, activating its gag reflex International Business Times (Dr. Kevin) Amazing story, but trying to gouge out their eyes is probably easier (as in they will pull their head back).

The Labour coup is unravelling fast, and unwittingly hands the party back to those who built it The Canary (margarita)

Young gave up their voice in Brexit betrayal Financial Times. The editorializing via headlines (“betrayal”) comes off as financial services industry whinging masquerading as real concern. Turnout for the election was high, but not among the young.

What are the consequences of Brexit for the refugee crisis? New Statesman

Could Brexit be the end for the euro? Scutify

Outside the Hall of Mirrors Archdruid (resilc, Christine N)

Italian Bank-Rescue Push Falters as Merkel Sticks to the Rules Bloomberg. Very important. This is playing with dynamite. If Renzi does bail-ins, that gives Five Star a much better chance of winning in the fall. This is the Germans letting their fixation about rules and their bias against members of the periphery states get in the way. Bail-ins guarantee bank runs.

ISIL Terrorism Strikes at Turkish Economy; & Someone tell Trump the Victims are Muslim Juan Cole. Resilc: “Someone tell Juan Cole that Turkey created its own shitstorm.”

Terrorism Blacklist: I have a copy. Should it be shared? reddit (guurst)

The Three Harpies are Back! Pepe Escobar. Margarita: “Oh well, what’s a bit of misogyny, when we have Attila the Hen at stake…” Speaking of (traditionally negative) female archetypes, where is Kali when you need her? She’s supposed to kill off out of control demons like this.

Aide: Clinton opposed private emails accessible to ‘anybody’ Associated Press. The article politely suggests that Abedin may have committed perjury.

I notice that the worst turnout of all the very low-participation primary races was for Rep. Gregory Meeks’s (D) seat in the Rockaways (Queens). Meeks is one of the regulars in your gallery of shame line-ups, TPP turncoat, etc., including just recently one of the guys who voted for that sleazy private equity scam. Now, here is a task for the post-2016 Sanders people (of which I am one), ergo, to find targets like this and put up or support a primary challenger and then whip up a few hundred votes, which could either defeat him or give him the scare of his life.

Donald Trump Has A 20 Percent Chance Of Becoming President FiveThirtyEight (furzy, resic). The odds are against Trump but not this skewed. This is more Acela corridor bubble-think presented as gospel.

Trump gets few honours at Wharton alma mater Financial Times. Amusingly, he is not liked on campus because he is too liberal.

Supreme Court Eliminates Political Corruption! (By Defining It Out of Existence) Intercept

US Attorney General Loretta Lynch, Bill Clinton meet privately in Phoenix before Benghazi report ABC15 (Li). It is totally improper for a prosecutor to have a social visit with the spouse of a party under investigation.

White Supremacists Are Met With Rocks in Sacramento and Scorn in Newcastle Intercept. I’m amazed they dare show their faces, but violence is no way to treat them. At most, water balloons and cream pies in their faces. Even that is rougher than I like.

US banks to dish out $96bn after stress tests Financial Times

A Strong Middle Class Doesn’t Just Happen NaturallyAtlantic (resilc). Not exactly true. The old yeoman peasantry before the Industrial Revolution, with their rights to the commons and their ability to hunt, could feed themselves and buy beer for a couple of hours of work a day, and once in a while they made their own shoes from leather from cowhides. Privatization of the commons contributed in a big way to pauperization, and the economic effects of that were reversed by 100+ years of struggle by labor.

Antidote du jour (Kittie Wilson via Lawrence R). Kittie has been regularly photographing the loons at her nearby lake. IMHO this is her best photo yet: 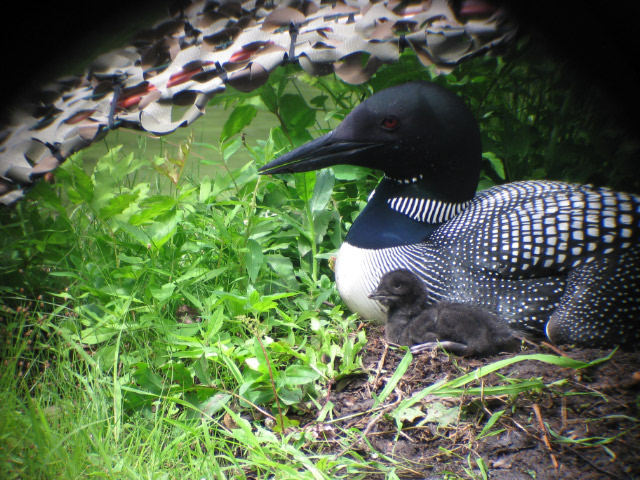