Physicists have opened up a thrilling wonderland FT (DL).

Broadband CEOs Admit Usage Caps Are Nothing More Than A Toll On Uncompetitive Markets TechDirt (DK).

Capital is not fleeing Britain because of Brexit FT

UK’s pro-European politicians have only themselves to blame Politico

Agent who interrogated Abu Zubaydah: ‘Where we went wrong as a nation’ McClatchy

Now China’s Fake Island Has a Farm Defense One (Re Silc).

“Why are you still talking about Tiananmen?” Quartz

Bernie’s legacy: One of the most valuable donor lists ever Politico. And if Sanders turns his list over to the DNC, or any Democrat Establishment creature, I’m going into götterdämmerung mode.

Hillary Clinton, Democratic nominee: Now the left begins to bargain with a painful reality — and a hopeful future Salon (BB). Rome wasn’t burnt in a day!

Sanders supporters pushed Clinton to the left—now they have to keep her there Quartz. Let’s focus on what’s achievable.

Pelosi endorses Clinton, says female VP pick would be ‘fabulous’ Politico. That’s another straw in the wind for Warren… Or Gillibrand?

Defiant Sanders camp: It ain’t over Politico but Inside the bitter last days of Bernie’s revolution Politico. Press going into full pull-the-wings-of-the-fly mode. They always do.

Shut Down the Democratic National Convention Chris Hedges, Truthdig. I’m 100% certain there are more productive things to do in Philly than that.

KING: Hillary Clinton did not win the Democratic Primary, she won a secret survey of party elites NY Daily News

Dick Morris Is in Talks to Join the Trump Campaign New York Magazine. Morriss, of course, is the strategist who introduced Bill Clinton to triangulation. One big happy!

As Common as Ditchwater Econospeak

For poor children to succeed, rich ones must fail FT. The Florence study once more.

Villain or Victim? The Problem With Assigning Blame for the Financial Crisis WSJ

We’ve Hit Peak Human and an Algorithm Wants Your Job. Now What? Bloomberg

Social Security’s finances can be improved without cutting benefits by even a penny. Here’s how. Los Angeles Times (JT McPhee). If you accept the false notion that Federal taxes fund spending….

Meet the queen of sh*tty robots YouTube (DL). Since robots are having a moment.

Antidote du jour (tweep wants to know what kind of bird this is): 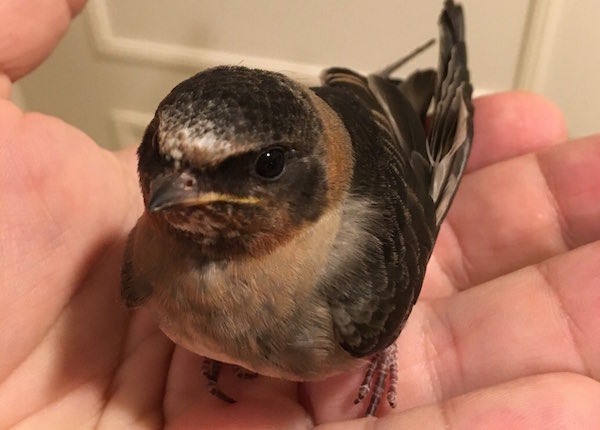