Boeing Considers Ending Production of 747 Wall Street Journal. Oh, I love 747s! But even by the standards of jets, they guzzle fuel.

Is the Present Worse Than Any Fictional, Futuristic Dystopia? Vulture

Immigration and Brexit. Jeremy Grantham (vlade) Important. Also a reminder that inequality is why the US has so rapidly become a low-trust society.

Commission decides against fining Portugal, Spain for budget breaches Politico (paywalled). Mind you, this was Schauble’s doing. From the e-mail summary:

Commissioners yesterday decided not to fine Spain and Portugal for breaching EU budget rules. President Juncker had been pushing for fines in recent days but was in the minority — a rare defeat of presidential wishes. Sources told POLITICO that Wolfgang Schäuble, the normally hardline German finance minister, had been ringing commissioners asking them to decide against fining the two countries.

Rosario Dawson And Shailene Woodley On The Young Turks To Discuss #ImWithNina YouTube. Phil U:

S​he wasn’t de-credentialed, ​she was supposed to be the one that nominated Sanders and Clinton people nixed her speech. The had a “press conference” with a lot of the A list Celebs that backed sanders and Yahne of #BernieOrBust, the “I don’t give a fuck about Trump” lady, and a Muslim women Bernie Delegate who was very upset when Clinton won the nomination, Clinton Camp said “what a great picture to exploit” and tweeted it with a misleading caption to make it look like she was thrilled and for Clinton. (they did take it down eventually) Nina decided against talking at the conference.Worth watching,

Coalition of 57 Speaks in Solidarity Effort to Achieve Democratic Unity (martha r). By the group that organized the walkout.

A Metaphoric Short Circuit: On Michelle Obama’s Speech at the DNC Counterpunch (margarita)

Trump Has A Point On Russia Hack American Conservative (reslc). “‘Russia, if you’re listening, I hope you’re able to find the 30,000 emails that are missing,’ Mr. Trump said, staring directly into the cameras. ‘I think you will probably be rewarded mightily by our press.'” This was a joke yet the media decided to treat it seriously to feed the Trump-Putin myth. You can watch what he said here. So now we see the MSM playing up something as reality based as the Obama birth certificate scandal.

In 2015 Ohio’s five public pensions paid outside fund managers a staggering $734.8 million. These management fees are extraordinarily high because Ohio relies on secretive alternative investments more than any state in America..

The results are embarrassing. In 2015 the Ohio Public Employees Retirement System, the state’s largest pension fund, spent $428.2 million in external management fees for investment results that fell 99.8 percent from 2014, a year when PERS also failed to match what a low-cost index fund would have returned.

Benign neglect of NIMs in the US FT Alphaville

Banker Bonus Curbs Are Working But Too Onerous for Some, EU Says Bloomberg

A falconer will take in an immature red-tailed hawk in the autumn (i.e., a hawk born in that year) and work with it over winter and then release the hawk back into the wild in the spring.

The mortality rate (traditional) is that only one RT out of four will survive its first winter, so the training goes a long way for improving the odds of that particular hawk’s survival.

Here’s a descriptive link describing this year’s Wild about Animals, a fund-raiser for Centre Animal Care: 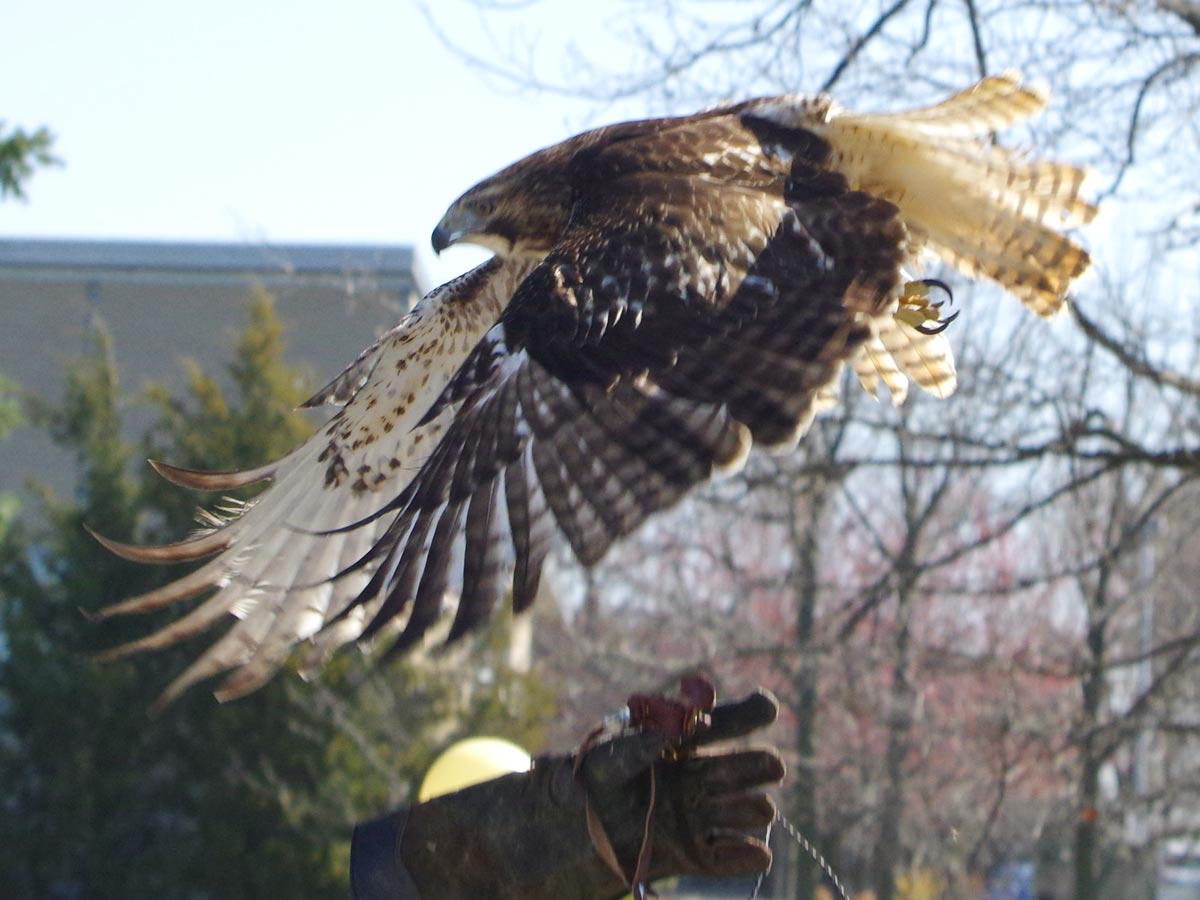