Brexit: a coup by one set of public schoolboys against another Financial Times

Theresa May: Britain faces ‘tough times’ but can enjoy a ‘better, brighter future’ outside the EU Telegraph

#asamother Crooked Timber (Philip D). On Leadsom’s campaign, such as it is.

Brexit Is a Mixed Bag for Russia National Interest (resilc)

Nato summit: US says it will deploy 1,000 extra troops to Poland Guardian (resilc)

Uruguay Wins Its Tobacco Case Against Philip Morris International But PMI Accomplished Its Primary Goal ASH. I wonder if the panel, which is not bound by precedent and therefore does not have to worry about setting one, decided it would make for bad headlines to rule in favor of PMI when the TPP and TTIP are in play. Even though tobacco products are exempted from ISDS rules in one (both?) of these deals, it would still call attention to the power of ISDS rulings to undermine health regulations.

The FBI did not ask us for copies of our upcoming Hillary Clinton leaks before concluding its investigation. Credible detective work! Not. @Wikileaks (Kevin F)

Email Issue Only Hardens Political Views in Philadelphia Suburbs New York Times (Li). Note not only the difficulty of winning “moderate Republicans” but also how a couple of Trump voters in the primary are hesitant about voting for him in the general.

Donald Trump Backs Off Muslim Ban, But It’s Already Way More Popular Than He Is Intercept

Sen. Pat Toomey Is Trying to Protect His Seat by Arming the Police Daily Beast (resilc)

It Is Not 1968 New York Magazine. Reslc: “He is writing this from the Hamptons.”

I’m a black ex-cop, and this is the real truth about race and policing Vox

Now isn’t the time for Dallas to divide: we must reach out to one another Guardian

Tech job postings are down 40% and nobody’s talking about it. Medium (Randy K). I am told office rents are cheaper in San Francisco, another indicator. The culling of the unicorns.

Those are pictures taken on the Col du Tourmalet in the Pyrenees, one of the hardest and most famous climbs of the Tour de France. According to the man who took the photos, the llamas were purchased by a proprietor of a nearby campsite and let loose to graze the hillsides in the summer. On the particular day they were photographed, he wrote, they were likely lying down on the road to warm up from the cold mist.

Saturday morning, Tour de France riders will try to surmount the Col du Tourmalet as part of a ridiculously hard stage. They may have more than steep gradients to worry about. 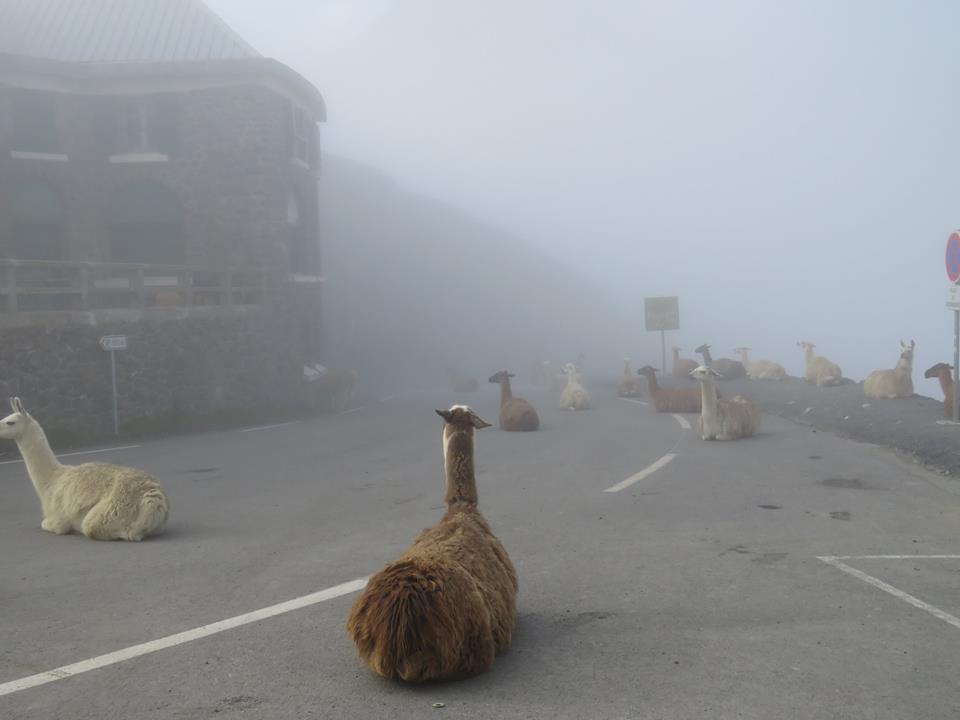