Suing a Debt Collector? Now They Can Buy Your Lawsuit Bloomberg

Bracing Ourselves for the Climate Tipping Point Pacific Standard

Obama and Hillary DID Found ISIS – This 2012 US Government Memo Proves It Russia Insider (CL).

America is no longer guaranteed military victory. These weapons could change that. WaPo

The State of the Clinton-Trump Race: Is It Over? NYT

Hillary Clinton Picks TPP and Fracking Advocate To Set Up Her White House The Intercept. Body language says that Clinton feels she can and will govern with the Republicans and without the left. Salazar: “[T[here’s not a single case where hydraulic fracking has created an environmental problem for anyone” (via). Not a single case?

Clinton Foundation should stop accepting funds Editorial, Boston Globe. “Even if [the Clintons have] done nothing illegal, the foundation will always look too much like a conflict of interest for comfort” [waves perfumed handkerchief under nose].

Can the 2016 election be rigged? You bet Roger Stone, The Hill. (Josh Marshall, responding, writes that “rigged elections in America are not a common occurrence nor is such a thing realistically feasible,” but should read this on Ohio 2014 (for which counter-arguments). On the narrow point of “realistically feasible,” Marshall is wrong. Meanwhile, in his article, Stone writes: “[T]hat Scott Walker and the Reince Priebus machine rigged as many as five elections including the defeat of a Walker recall election.” Going down all guns blazing?

Sanders revs up ‘public option’ fight after Aetna leaves ObamaCare The Hill. The headline is deceptive. From the story:

[Sanders] said he will reintroduce his legislation to create a “Medicare-for-all” system in the next session of the Senate, “hopefully” after Democrats regain control of the chamber.

“In my view, the provision of healthcare cannot continue to be dependent upon the whims and market projections of large private insurance companies whose only goal is to make as much profit as possible,” Sanders said in a statement Tuesday.

“That is why we need to join every other major country on earth and guarantee health care to all as a right, not a privilege,” he said.

The “public option” was a bad faith effort pushed by career “progressives” running interference for Obama against single payer. The public option is a neoliberal proposal that subordinates the provision of health care to the market; that’s why it’s an option. Medicare for All is not a neoliberal program, because the provision of health care comes first. So the headline writers is either utterly ignorant or lying.

Obama to take trade battle to the heartland TPP

10 years after joining Obama’s team, these ‘lifers’ are getting ready to leave the White House Los Angeles TImes.

Yachting with the enemy: Ivanka Trump and Jared Kushner take the jet skis out and relax on Democratic Hollywood billionaire David Geffen’s $200m mega-yacht off the coast of Croatia Daily Mail. It’s almost like they’re all on the same team…

Why You Should Never Tell Someone to Relax WSJ

Why the Best Athletes All Have Their Own #PhelpsFace Nautilus 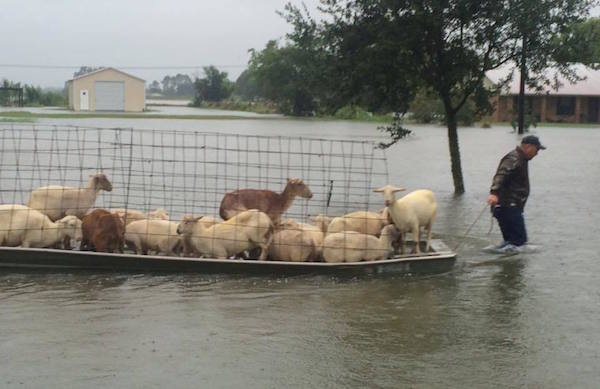