Yves here. For what it’s worth, George Soros disagrees, having increased his short on the US stock market as it moved higher earlier this week. Given how strained valuations are and how little prices have to do with fundamentals, the Soros bear bet may be the result of his reading of political risk and adverse market reaction to a Fed tightening at super-low rates (where the effect on bonds are amplified), as witness the market shock of early this year, which looks to have bee a delayed reaction to the December Fed rate increase. 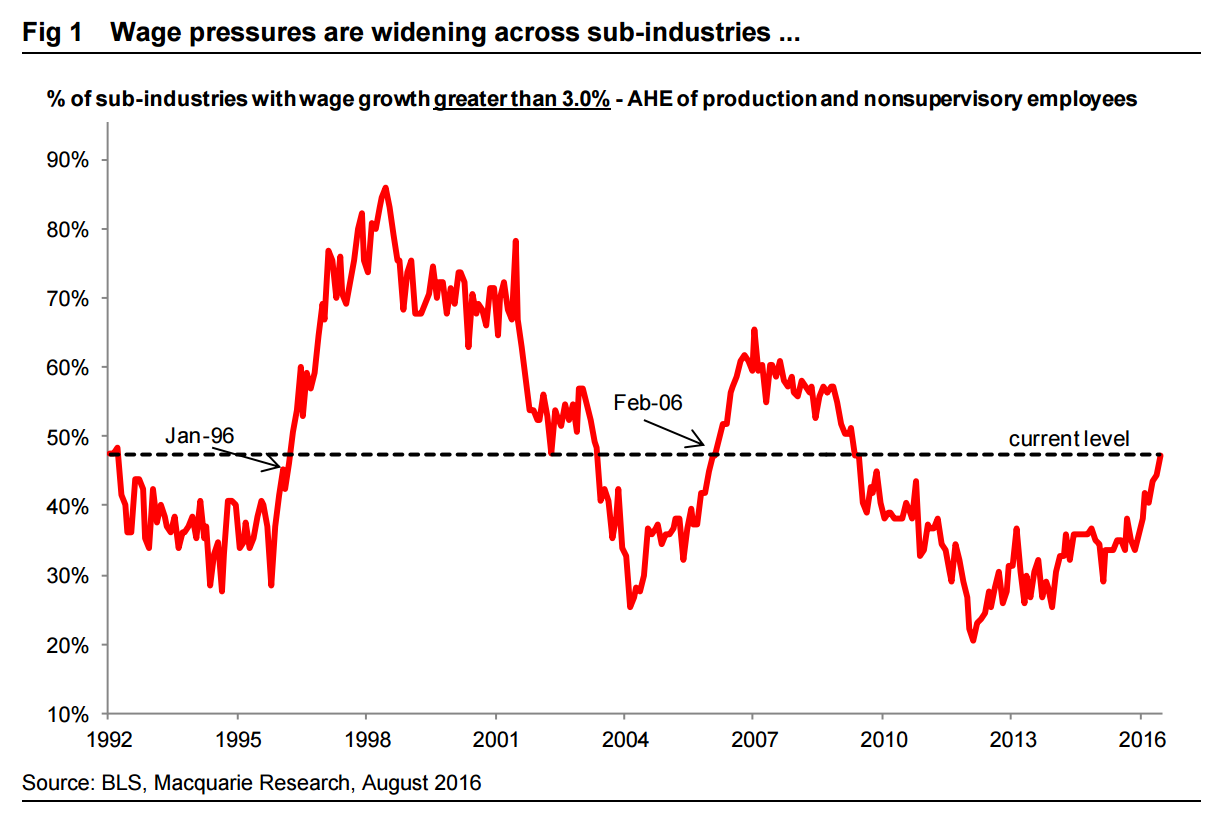 In the last two expansions wage growth similarly broadened in Jan-96 and Feb-06. In both instances, the YoY measure moved 20% higher over the next 12-18 months (Fig 3). This suggests headline wage growth should rise above 3% before end-17. What’s more, our preferred measure (the Atlanta Fed Wage growth tracker) is suggesting this acceleration is already occurring “on the ground”. Proprietary analysis indicates wage growth has turned 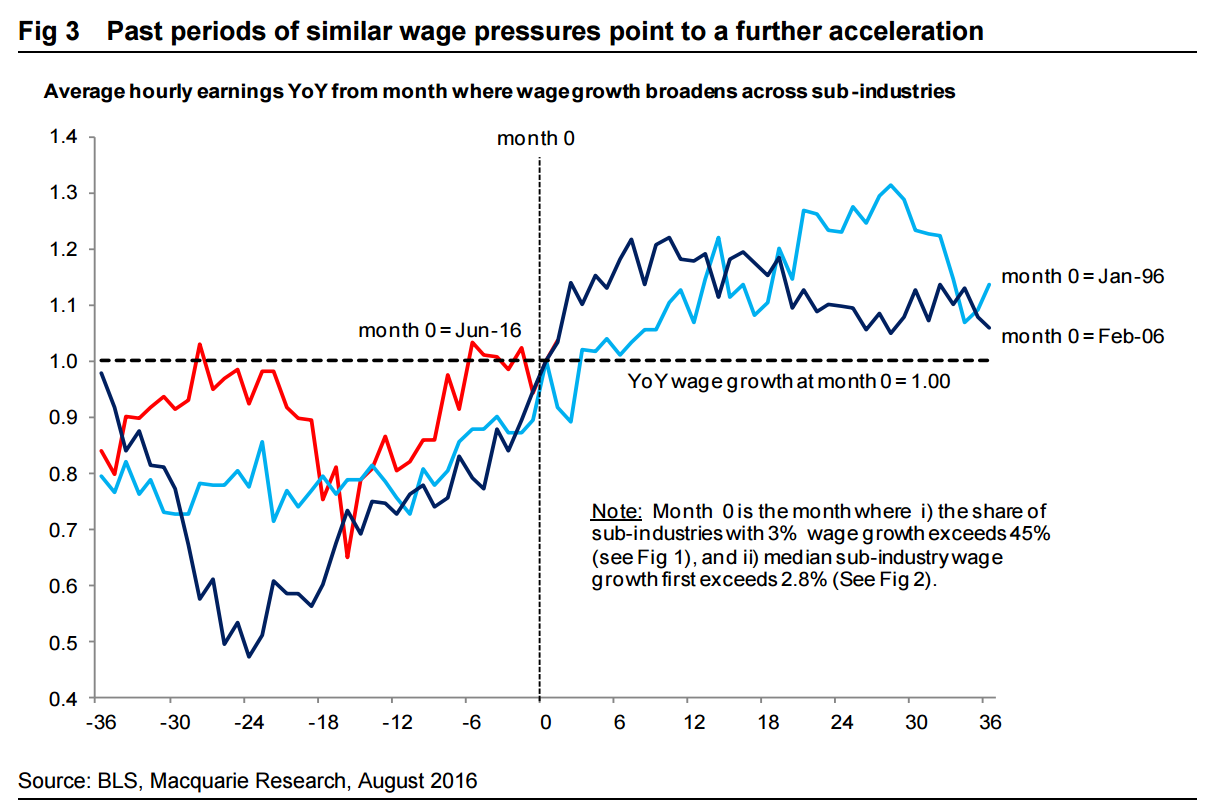 Several indicators suggest the pace of gains will further accelerate. i) The ratio of job openings to the unemployed is above the 2002-07 expansion peak (Fig 4). ii) Small business owners are continuing to report a high level of job openings they cannot fill (Fig 5). iii) An increased share of respondents view jobs plentiful rather than hard to get (Fig 6). iv) A growing percentage of the unemployed are workers that have willingly left their jobs (Fig 7). v) The Beveridge curve has shifted outward indicating employers are struggling to find qualified workers (Fig 8). 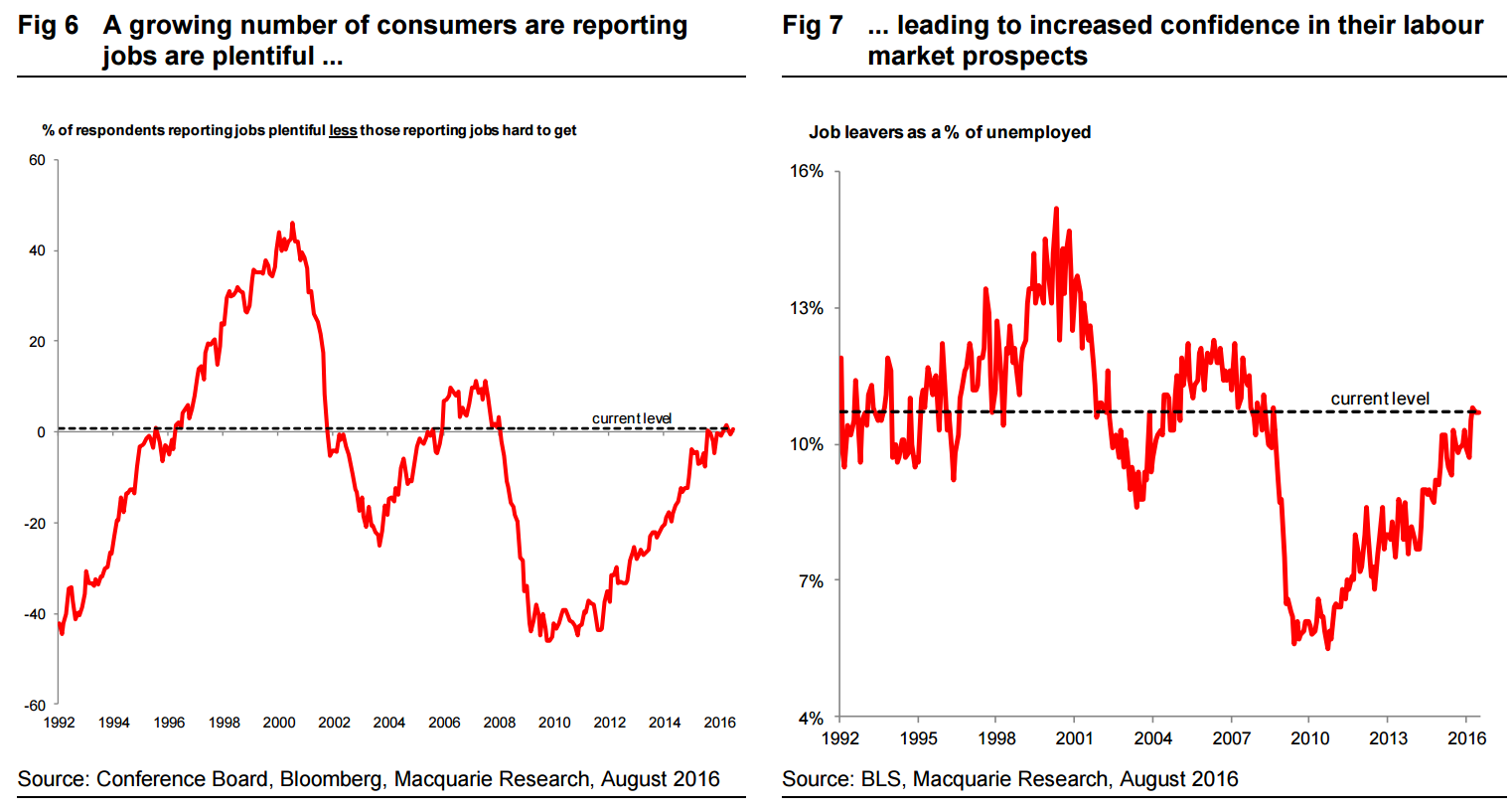 If we were to use this analysis as a guide to the durability of the US (and global) business cycle, recognising that in the normal run of events it is Fed tightening that ends it, we would conclude that the cycle has another 2-3 years to run and that the Fed might be able to get away another two or three hikes before it all comes tumbling down. Remembering that the Fed will be in no hurry to cut short labour income gains in this cycle owing to the need to deleverage and reboot middle class income.

I would describe that as the global best case, possible so long as European exit politics doesn’t get moving and China doesn’t crash through its glide slope. Macquarie describes it as the “long, grinding cycle”:

If it were to transpire then the current MB allocation matrix would look reasonable as: