No safe haven for polar bears in warming Arctic Nature

Occupy Wall Street: Where Are They Now? NYT

Uber Accused of Cashing In On Bomb Explosion By Jacking Rates Slashdot (DK).

Will the Bank of Japan cause a global bond tantrum? FT

‘Take a trip to Syria to see what “embarrassed” means’: Russia’s Zakharova to US’ Power RT

Why The Cease-Fire in Syria Won’t Help Der Speigel

The dark prisoners: Inside the CIA’s torture programme Al Jazeera

WashPost Makes History: First Paper to Call for Prosecution of Its Own Source (After Accepting Pulitzer) The Intercept (EM).

The Largest Prison Strike in U.S. History Enters Its Second Week The Intercept

How panicked should Democrats be about Donald Trump’s poll surge? We asked 8 experts Vox. Headline is peak Vox.

Obama: Low Turnout By Black Voters Would Be ‘A Personal Insult’ HuffPo. Benjamin Dixon: “Someone should mention to President Obama that the black card is non-transferable.”

Obama says sexism could lead voters to back Trump over Clinton WaPo. Sweetie.

The War Debate America Isn’t Having The Atlantic. Yeah, that’s odd. I wonder why that is?

Many Presidential Swing States Lag Behind in Income Gains WSJ

Putting a number on global inequality is long overdue FT

Neighbor Unlocks Front Door Without Permission With The Help Of Apple’s Siri Forbes. Internet of Sh*t.

Canadians: you have until Oct 7 to weigh in on using voting machines in national elections Boing Boing. Please, Canada. Don’t be stupid like us. 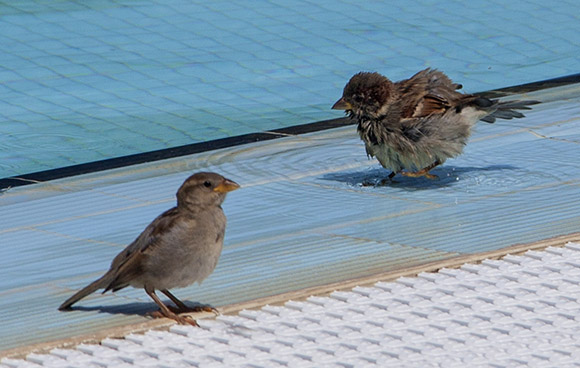 Mrs. Mop: “Look at these beautiful sparrows in Cuba, bathing in public and enjoying life.”