Yves here. This short post extracts key findings from a new study by Americans for Tax Fairness and the Economic Policy Institute. We liked the summary and include it immediately below. One thing to keep in mind: taxes are a big element of economic policy by default, as in that they provide incentives and disincentives. The fact that Big Pharma and tech companies lower their tax rates through the use of clever structuring and tax havens and report higher profits is an economic privilege relative to other industries.

While the statutory tax rate on corporate income is 35 percent, estimates of the rate corporations actually pay put the effective rate at about half the statutory rate. Driving this divergence between what corporations are supposed to pay and what they actually pay is a combination of offshore profit shifting and tax avoidance. Multinational corporations pay taxes on between just 3.0 and 6.6 percent of the profits they book in tax havens.

And corporations have become increasingly adept at making their profits appear to be earned in these tax havens; the share of offshore profits booked in tax havens rose to 55 percent in 2013. Almost half of offshore profits are held by health care companies (mostly pharmaceutical companies) and information technology firms. Because of the inherent difficulty in assigning a precise price to intellectual property rights, it is relatively easy for these companies to manipulate the rules so that U.S. profits show up in tax havens.

The use of offshore profit-shifting hinges on a single corporate tax loophole: deferral. Multinational companies are allowed to defer paying taxes on profits from an offshore subsidiary until they pay them back to the U.S. parent as a dividend. Proponents of cutting the corporate tax rate refer to profits held offshore as “trapped.” This characterization is patently false. Nothing prevents corporations from returning these profits to the United States except a desire to pay lower taxes. In fact, corporations overall return about two-thirds of the profits they make offshore, and pay the taxes they owe on them.

Further, there are numerous U.S. investments that these companies can undertake without triggering the tax. In short, deferral provides a mammoth incentive for multinational corporations to disguise their U.S. profits as profits earned in tax havens. And they have responded to this incentive: 82 percent of the U.S. tax revenue loss from income shifting is due to profit shifting to just seven tax-haven countries.

Firms have also become increasingly adept at manipulating the rules here in the United States to avoid taxation. Lower tax rates on “pass-through” business entities and poor regulatory responses have given firms the chance to reorganize as “S-corporations” or opaque partnerships in order to avoid paying any corporate income tax at all.

This intentional erosion of the U.S. corporate income tax base has real consequences. Rich multinational corporations avoiding their fair share of U.S. taxes means that domestic firms and American workers have to foot the bill. It also means that corporations are not paying their fair share for our infrastructure, schools, public safety, and legal systems, despite depending on all of these services for their profitability.

From Americans for Tax Fairness, a major new report about corporate taxes in the United States. It’s called Corporate Tax Chartbook: How Corporations Rig the Rules to Dodge the Taxes They Owe, and it contains many useful facts, such as this: 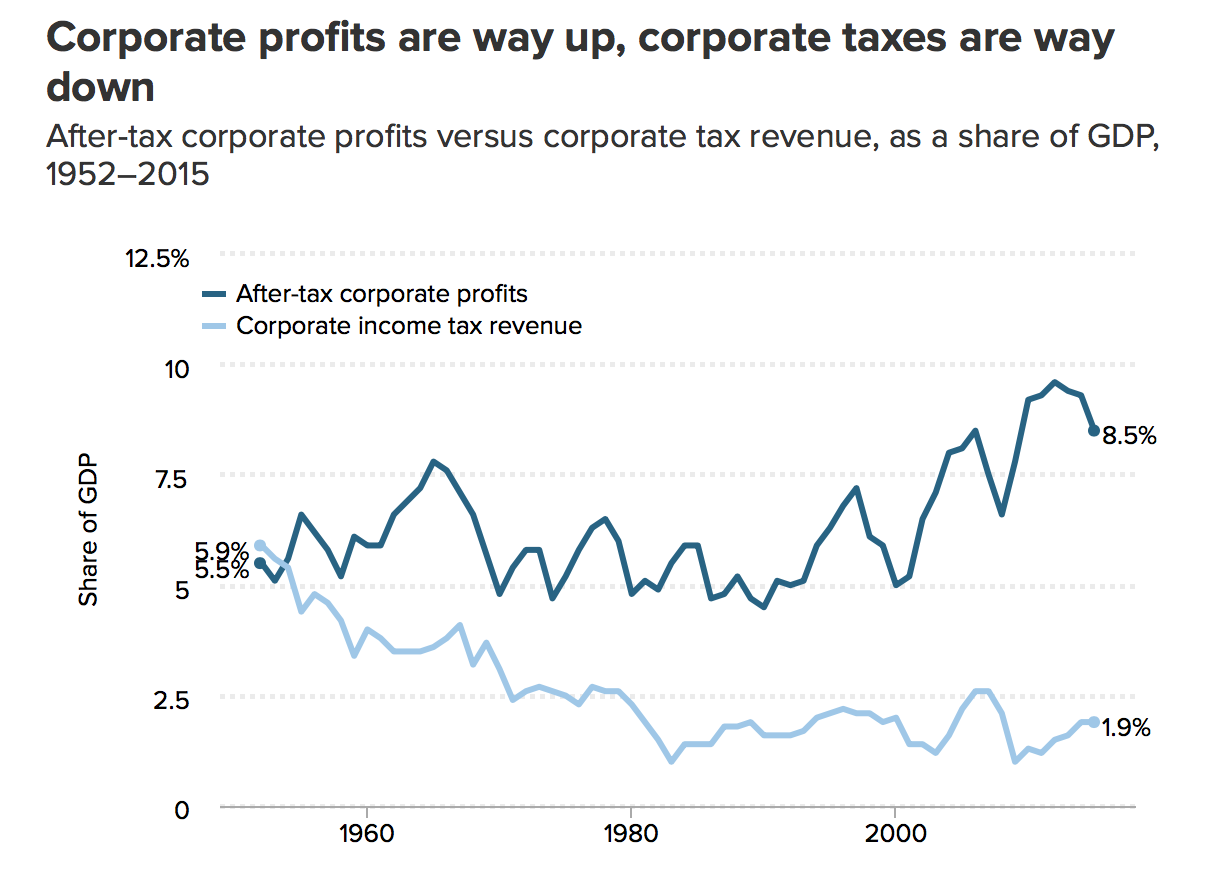 And there are plenty more striking facts. Just for example:

And here’s a picture pointing to the “big six” corporate tax havens, which we’ve noted before: 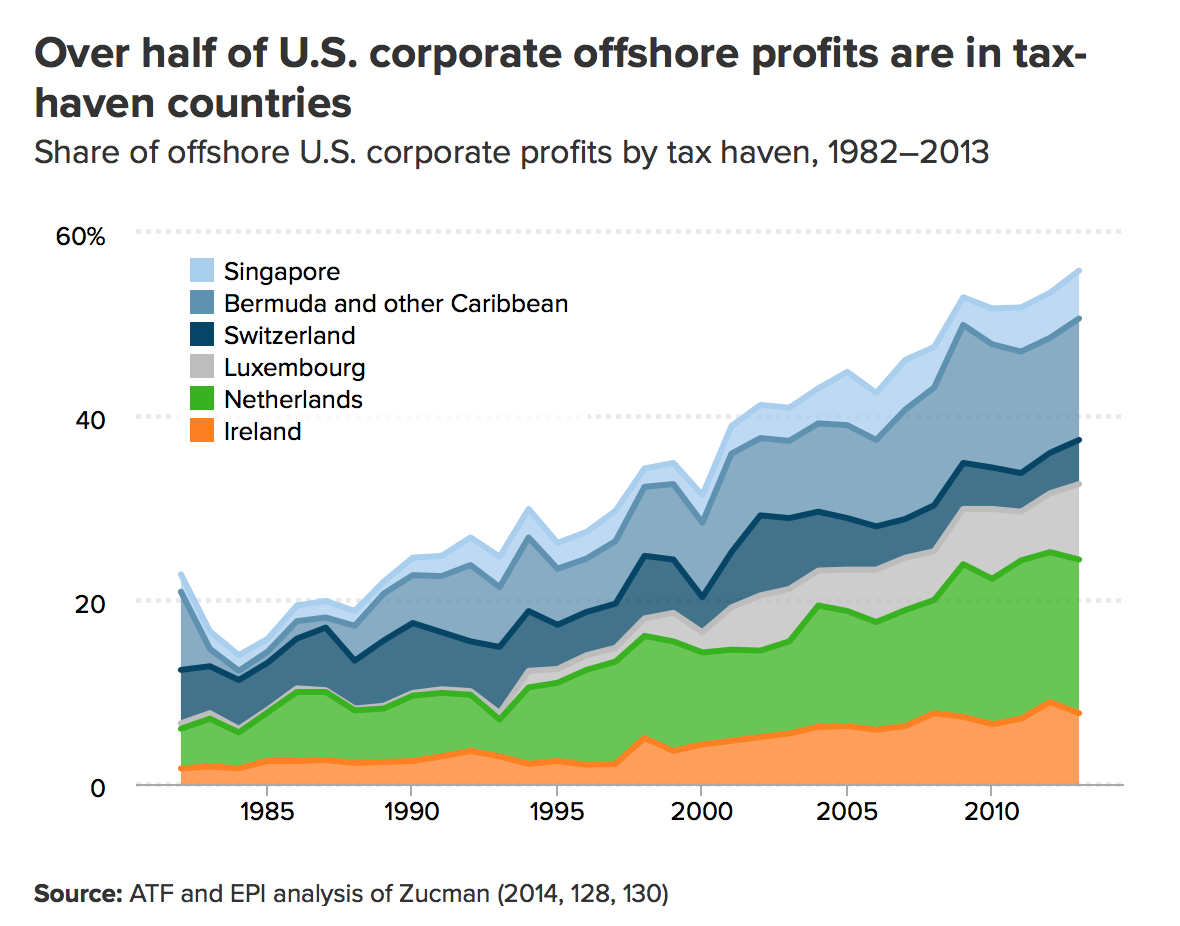 Report: why we need to tax corporations now, more than ever