Yves here. For a fiat currency issuer like the US federal government, taxes do not fund spending but serves other important purposes, like regulating economic activity. For instance, deficits are generally necessary to make up for systematic private sector underinvestment. Taxes serve to provide incentives (depreciation tax shields to encourage investment) and disincentives (“sin” taxes). This article debunks many of the arguments used to claim that taxing companies at a lower rate is desirable.

Last year we published a document entitled Ten Reasons to Defend the Corporate Income Tax, outlining how the tax is under constant attack, in country after country, and explaining why it is one of the most precious of all taxes. Now there’s another fascinating paper, rich in insight and detail, from US economist Kimberly Clausing, entitled “Strengthening the Indispensible U.S. Corporate Tax.

While US-focused, it contains a lot of material that provides extensive further support for our own generic document, and argues that the corporate income tax is becoming more, rather than less, important in our tax system(s). It also argues that tax rates for capital, which is currently taxed at lower rates than labour is, should be harmonised with the labour rate, and supports so-called ‘formulary apportionment‘ approaches to taxing U.S. corporations internationally.

We’ll start by highlighting a graph: 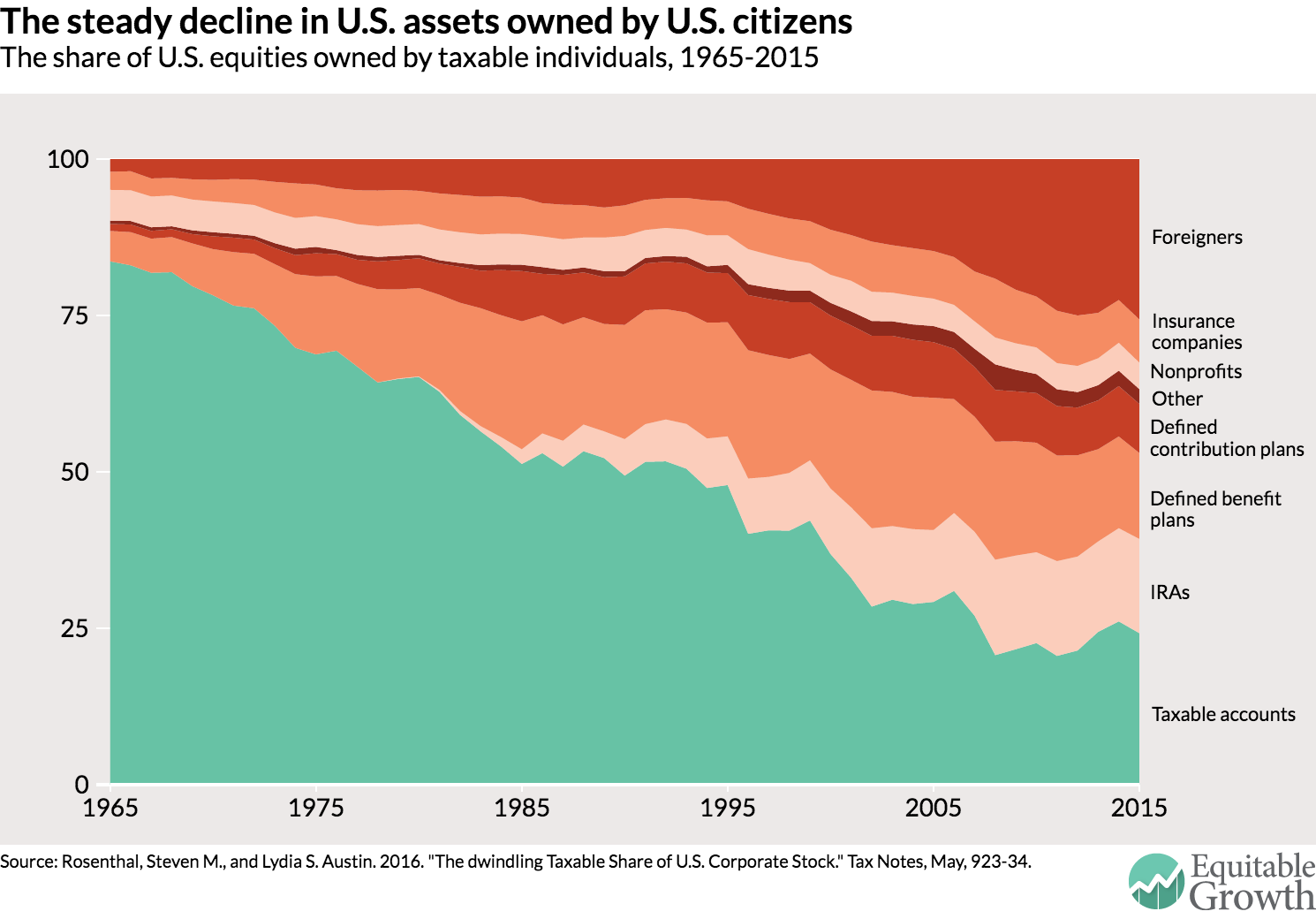 What’s the significance of this graph?

Well, one of the commonest lines of attack against the corporate income tax is a sensible-sounding argument that goes like this: investors in corporations receive dividends from corporate profits, and they pay taxes on those profits. So why not just tax the investors directly, the argument goes — instead of taxing the corporation itself?

Like many sensible-sounding arguments, it falls apart under examination. This graph makes clear: only around a quarter of the owners of US corporate stock are taxable on those dividends. So not taxing corporations would be a massive handout.  There’s no particular reason why a similar pattern or worse wouldn’t be encountered in other countries: generally speaking, in smaller countries foreigners tend to own a larger share of equities.  Take the United Kingdom, for instance, where well over half of the UK stock market is owned by foreigners. 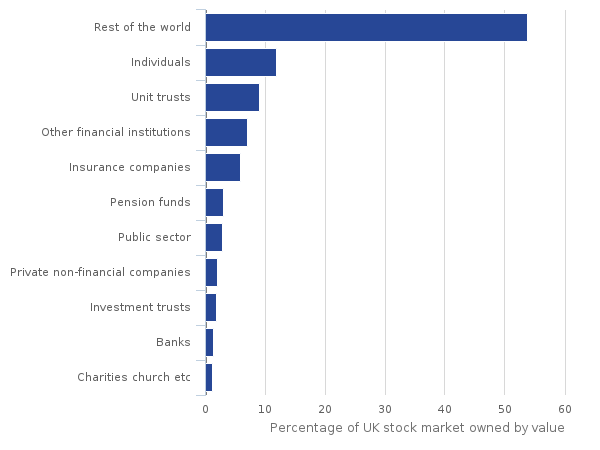 So for this reason alone, the problem of locally untaxed corporate income in other many countries might be starker still.

Not only that, but as Clausing reminds us, the corporate tax serves as an essential backstop for the income tax: if you abolish the corporate tax, rich folk will reclassify their income as corporate income, so as to attract the zero-tax rate.  And as we’ve just reminded readers, the income taxes paid by wealthy folk have powerful impacts on inequality, between income groups and between the sexes.

As mentioned, the new Clausing paper is rich in analysis and detail, and will be an important resource, relevant for many countries. It concludes:

“The U.S. corporate tax has a vital role to play in the U.S. tax system. It is one of our only tools for taxing capital income, since most corporate income is untaxed at the individual level. The corporate tax is an important source of revenue and it also has a vital role in protecting the personal income tax system. Recent economic theory buttresses the case for taxing capital on efficiency grounds. The corporate tax is also an important part of the progressivity of the tax system, since a majority of the tax falls on capital or on rents.

In sum, the case for a healthy corporate tax is alive and well. The remaining question is whether the requisite political will can be summoned to reform and strengthen our corporate tax system.”