This is Naked Capitalism fundraising week. 922 donors have already invested in our efforts to combat corruption and predatory conduct, particularly in financial realm. Please join us and participate via our Tip Jar, which shows how to give via check, credit card, debit card, or PayPal. Read about why we’re doing this fundraiser, what we’ve accomplished in the last year, and our fourth goal, burnout prevention

Baby elephant is so concerned about her ‘drowning’ friend CNN

Summers Urges U.S. to Spend 1% of GDP Annually on Infrastructure Bloomberg. “[Summers] asked how many thought the U.S. should be ‘really proud’ of [JFK] as a gateway to America’s greatest city. The response: no hands, and a lot of laughter.”

Singapore’s $24 Billion Wipeout Eats Into Its Shipyard Base Reuters

Column: What could possibly go wrong in Mosul? Everything. Tampa Bay Times

Middle East’s Migrant Population More Than Doubles Since 2005 Pew Research. “Regional conflict and economic opportunity boost number of migrants from 25 million to 54 million.” Rather a lot.

After all the debates, speeches and scandals, images of Clinton and Trump don’t change McClatchy

National Poll: A Quarter of Millennials Would Prefer a Meteor Strike to 2016 Presidential Candidates UMass Lowell

Republicans bristle at notion they failed to vet Trump The Hill. The Howard Stern stuff has been out in the open, all along….

Obama: Vote Rigging Is Impossible – If In Favor Of Hillary Clinton Moon of Alabama

Hillary Clinton Versus Bernie Sanders: Taking Election Fraud Allegations Seriously (Part 1) Counterpunch. From May, but obviously still relevant; there are six parts in all.

Obama adopts a grand design to shape his legacy WaPo. Obama’s already written two autobiographies. Maybe he should write a third? And a fourth?

Capping Enrollment To Save Minnesota’s Individual Market Health Affairs. So much for universality, as discussed here.

Americans Work 25% More Than Europeans, Study Finds Bloomberg. The lead: “Americans are addicted to their jobs.” Shaking my head…

Bringing light to the grey economy The Economist

In a Nightmare for Neoliberal Ed Reformers, Chicago Charter School Teachers May Strike This Week In These Times

How MDMA flows across the USA: evidence from price data Journal of Global Crime 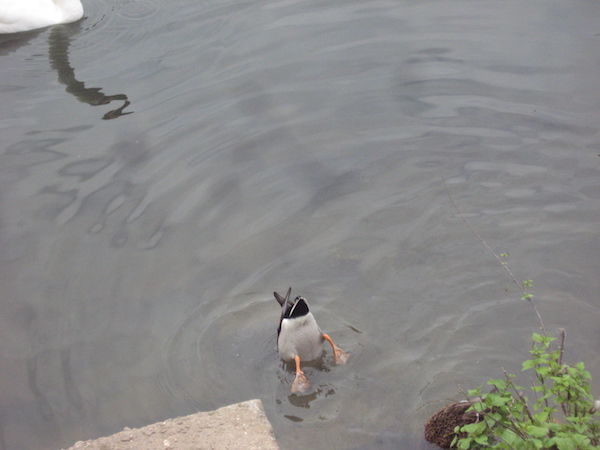 Mrs. Mop writes: “At this time of the year, it seems almost impossible to take some decent pictures of some ordinary ducks, not because there are no ordinary ducks around (there are plenty of them) but because they spend all of their time going up-side-down and showing you their behind and nothing else as if telling you constantly ‘duck you’ or something similar which rhymes to that, I don’t know, well, what the duck, there it goes, see below.

P.S.That dark thing on the top left is the shadow of a curling swan’s neck…

… well, and then there was this really beautiful birdy creature, black body, red beak, green legs – what the duck, is this a duck or what? 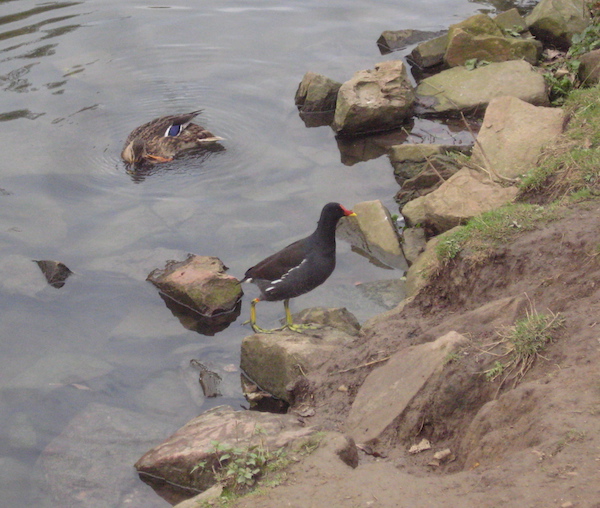