Berlin pursues Deutsche Bank talks discreetly with US officials Reuters (Furzy Mouse). Yves: “This strongly suggests that the rumor that the DoJ was willing to go for $5.4 billion is false. They wouldn’t be having such intense, or more accurately, tense talks if they had a handshake on a number DB could live with.”

The Limits of Deutsche’s Troubles Show Reform Is Working Dealb%k, NYT (AF). Yves: “The IMF has not gotten this cheery memo. It deems DB to be the biggest systemic banking risk.”

Is a Leading Suicide Prevention Organization a Front for Big Pharma? Alternet (DK).

Theranos Retreats From Blood Tests WSJ. I like “Retreats From,” as opposed to (say) “Whipped Out Of.” This bezzle is taking rather a long time to play out.

Living the Life LRB. On Hollywood agents and CAA. “Show me the money.”

When the Dragon Rolls Over: Spillovers From China’s Economic Transition The Diplomat

Is Fighting Al-Qaeda In Aleppo Good Or Bad? – U.S. Unable To Decide Moon of Alabama

Where Does the Hate Come From? Der Spiegel. The Ossies! Of course….

More than 10,000 refugees have crossed the Mediterranean trying to reach Italy in the last 48 hours Quartz and Stepping Over the

Dead on a Migrant Boat NYT

Was Yahoo’s mass wiretap legal? The Verge (Re Silc).

This Is How America Will Accidentally Join the Syrian War Foreign Policy. Based on the Vice-Presidential debate. I’ve seen some criticism of moderator Quijano, but she did well on this important issue.

What Most Chinese Fear: the U.S. WSJ

Here’s the best theory we’ve seen of how Trump paid so little tax Josh Barro, Business Insider. The Gitlitz Loophole sounds like a novel by Robert Ludlum, doesn’t it? “Here’s how the loophole could have allowed Trump to create a paper tax loss that he could use to offset his real income for over a decade, avoiding hundreds of millions of dollars in taxes in the process.” Legal. But also a genuine loophole — i.e., an unintended consequence of the law as written, and interpreted by the courts — hence not conforming to the Trump campaign’s narrative that in his case the tax system was working as it should. But very much conforming to this Trump narrative: “That makes me smart.” Or not! Very much worth reading in full.

Donald Trump Often Made Donations to State Attorneys General Reviewing His Business WSJ. The dominant factions in both major parties agree that money is speech and that there’s no corruption unless a literal quid pro quo can be shown. So what’s the issue?

Clinton tries to rouse millennials FT. Despite the Democrat nomenklatura firing the Blame Cannons at “millenials” who “don’t do their own research,” the “millenials” quoted in stories like this are almost uniformly thoughtful, and their doubts are reasoned. Somehow, I don’t think wheeling in Al Gore to shift the blame for his own 2000 debacle to Ralph Nader is going to make a lot of difference…

US election: The rise of the Trump Democrats FT

The Money in AIDS Jacobin

It’s Time We Crush the Putrid Roach Motels of Philanthro-Crony-Capitalism, Starting with the Clinton Foundation Of Two Minds (CL).

Why We Pine for Manufacturing The New Yorker. “We.”

In a wealthy Virginia suburb, their cars are their beds WaPo

When Algorithms Decide What You Pay ProPublica

There’s Plenty of Room At the Bottom – the Nobel Chemistry Laureates Put a Nanocar There The Wire (J-LS).

Granite is still the most popular kitchen counter Treehugger (J-LS). It’s almost like the kitchens in our modern-day crap shacks aren’t optimized for food preparation…

World’s Largest Carbon-Capture Plant to Open Soon Scientific American. “The captured carbon dioxide is pumped 82 miles to the West Ranch oil field in Jackson County, Texas, where drillers inject it into depleted wells, squeezing out the stubborn bits of crude oil that remain after the reservoir is tapped, in a process called enhanced oil recovery (EOR).”

Target plans to test vertical farm ‘in-store growing environments’ in 2017 Business Insider (DL). If we called “vertical farming” “earth-free farming,” that would give some perspective on the sustainability of it all.

The Myth of the Anthropocene The Archdruid Report 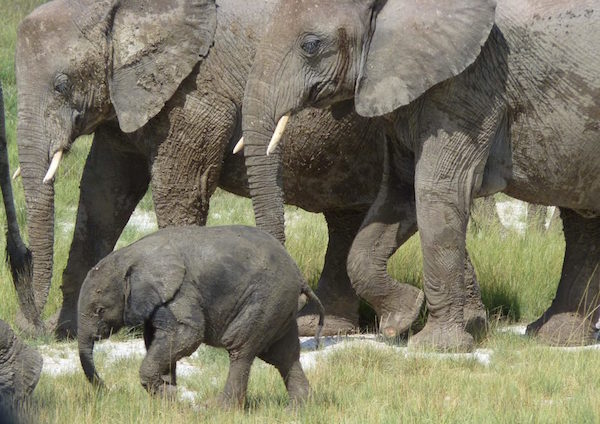