By Gaius Publius, a professional writer living on the West Coast of the United States and frequent contributor to DownWithTyranny, digby, Truthout, and Naked Capitalism. Follow him on Twitter @Gaius_Publius, Tumblr and Facebook. GP article archive  here. Originally published at DownWithTyranny. 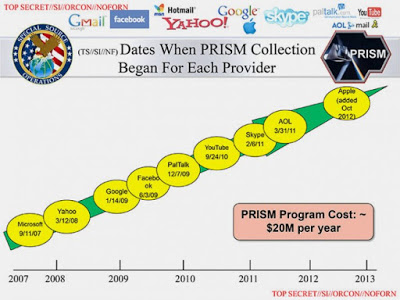 Google says “Don’t be evil.” Look for their name as the third to sign on to NSA spying.

Yes, we’re talking about that Google and that Trump. Just two points first, before we look at Dave Dayen’s report of the news.

The Cult of the High-Tech Billionaire

First, a little context. We on the hipster left, along with many others in the non-political culture, tend to think of the billionaire high-tech founder and CEO as special, as a seer into the future and a builder of the world of the future — the world of driverless cars, the “gig economy” that powers “disrupted” industries, and especially the world of mobile smart devices that give us undreamed-of ways of “connected” interacting (and new ways of getting fabulously rich in an ironically breaking world).

This is perfectly analogous to the early 20th century and post-World War I “cult of the airman,” which lionized such people as Charles Lindbergh and Amelia Earhart as not only possessing special skills and bravery, but a specialist futurist vision as well (emphasis mine throughout):

Modern aviation and abstract art emerged almost simultaneously at the turn of the 20th century, and were self-consciously twinned from the outset. ‘Notre Avenir est dans l’Air (Our Future is in the Air), declared a painted pamphlet on one of Picasso’s Cubist table-tops from 1912 – the original was issued by Michelin to raise funds for France’s aviation programme. Since the Wright brothers debuted their biplane near the French town of Le Mans in 1908, Picasso and Braque had taken to calling themselves ‘Wilbur’ and ‘Orville’, enjoying the metaphor as they cut their art loose from the restraints of linear perspective. Modernists in other countries also made early bids for the skies: Marinetti, in his first Futurist manifesto of 1909, rounded off a long list of praiseworthy inventions with the aeroplane; Malevich, who launched Suprematism in 1915, spoke of ‘an urge to take off from the Earth’.

This contradiction between the glamour of flight as a feat in itself, and the danger of a world opened up to the aerial gaze, was one of the defining features of aerial art in the interwar years. Public enthusiasm for flight was undiminished, and well provided for, as ex-servicemen opened or joined entrepreneurial new businesses – air transport, air mail, and air shows among them. Flight could make celebrities of its pioneers. In 1932, Walter Sickert painted Miss Earhart’s Arrival from a photograph in the Daily Sketch; shown on her arrival at Hanworth Air Park in Middlesex, the popular aviator is almost lost in the crowd of well-wishers braving the rain to celebrate her solo crossing of the Atlantic.

The cult of the airman placed aviators symbolically – as well as geographically – at a godlike remove from those on the ground:

The cult of the airman developed during the war as an heroic counter to the squalid and anonymous war in the trenches. It contained three features: a belief in the dynamic power of flying, an illusion of the airman as a hero and a militarist recognition of the potentially offensive use of the aeroplane.

That terribly mistaken belief in the “airman as hero” is one of the reasons Charles Lindbergh, a leader of the pre-World War II America First movement, and an avowed racist, had such a following in his post-pilot years (and the reason Philip Roth made Lindbergh the Trump-like president in his alternate history novel, The Plot Against America).

And now we’re at it again, looking to men and women (but mostly men) with special skills to show us the future (and by the way, unlock for us the secret of getting exceptionally rich). In this case, the heroes are men like the farseeing Steve Jobs and and his much worshiped, and imagined, hipster ideas: 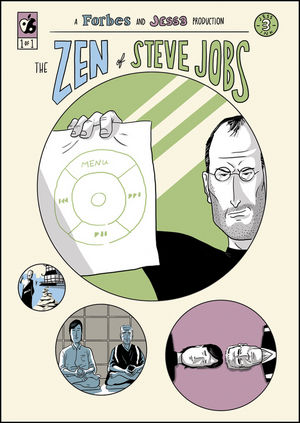 The second point before we go to Dayen’s article is this — that high-tech billionaires are “ours,” are somehow the property of the Democratic Party and an offset to “their” billionaires, like Charles and David Koch or Robert Mercer. We on the left naturally assume that the Silicon Valley rich are ours because they are more culturally advanced (less anti-gay, for example), run companies that deploy what appear to be worker-friendly policies, and in general contribute to Democrats more than to Republicans.

“Our” billionaires will therefore stand by us and can be used as leverage against “their” billionaires, as when Silicon Valley companies helped fight off the genuine evils of Internet-neutering bills like SOPA and PIPA.

We generally feel good about “our” billionaires — not only are they Democrats, they’re seers, like Steve Jobs, like ourselves. We were therefore hardly surprised that the Silicon Valley rich, like Eric Schmidt, were generally big Hillary Clinton supporters, even in the primary against Bernie Sanders:

A newly published batch of stolen emails shows a close relationship between Google and members of Hillary Clinton’s campaign staff.

The emails reveal a relationship with Schmidt dating back to at least 2008 and show that Google loaned its jet to members of Clinton’s campaign staff on several occasions.

According to a February 2015 email to Podesta from Tina Flournoy — who serves as Bill Clinton’s chief of staff — Google planned to lend its company jet for a trip to Africa. Podesta wrote, “FYI. They are donating the Google plane for the Africa trip.”

There was a widely circulated Politico picture of Eric Schmidt wearing a “staff badge”  at Clinton’s election night “victory” party. Schmidt must surely be one of the good ones, a Democrat if not a progressive, and one of those who “get it.”

Of course, Hollywood billionaires, like Steven Spielberg, are also big Democratic Party supporters, but they aren’t lionized these days the way the modern far-seeing “airmen of today” — the hyper-successful founders of high-tech start-up companies — are lionized.

To fully appreciate that, look again at the Steve Jobs book cover above, consider the lines outside Apple stores when a new iPhone is released, and look carefully at the cultivated hipster look of the many store agents. I called the hipster look “cultivated” not because the agents aren’t who they appear to be, but because they are hired because that’s exactly who they are — tech-savvy hipsters, just like you, just like Apple, just like its founders.

This combination — the “cult of the futurist high-tech billionaire” coupled with their supposed Democratic leanings — blinds us to what we’re actually looking at, just as the “cult of the airman” blinded many in the 1920s and 1930s to what they were seeing.

There’s an important difference, though, between then and now. In the early part of the 20th century, the airmen (and women) were ordinary people with a skill. In our century, the “futurists” we idolize are also among the most wealthy and powerful men and women on earth — in a very real sense no different at all than Charles and David Koch — with all that that implies. Amelia Earhart didn’t live for wealth and power. High-tech billionaires like Facebook founder Mark Zuckerberg most certainly do.

We’re not just being fooled by our hero-worship; we’re being had by them as well.

With the two points above as context, let’s now read David Dayen.

Google and Trump, Together At Last

At The Intercept, Dayen writes (my emphasis):

Google Gets a Seat on the Trump Transition Team

Google is among the many major corporations whose surrogates are getting key roles on Donald Trump’s transition team.

Joshua Wright has been put in charge of transition efforts at the influential Federal Trade Commission [FTC] after pulling off the rare revolving-door quadruple-play, moving from Google-supported academic work to government – as an FTC commissioner – back to the Google gravy train and now back to the government.

The Intercept has documented how Wright, as a law professor at George Mason University, received Google funding for at least four academic papers, all of which supported Google’s position that it did not violate antitrust laws when it favored its own sites in search engine requests and restricted advertisers from running ads on competitors. George Mason received $762,000 in funding from Google from 2011 to 2013.

Wright then became an FTC commissioner in January 2013, agreeing to recuse himself  from Google cases for two years, because of his Google-funded research. He lasted at the FTC until August 2015, returning to George Mason’s law school (now named after Antonin Scalia). But Wright also became an “of counsel” at Wilson Sonsini Goodrich & Rosati, Google’s main outside law firm. Wilson Sonsini has represented Google before the FTC.

Wright’s leadership position in the Trump FTC transition flips him back into government work….

Why is the FTC so important? The FTC “has responsibilities over consumer protection and policing anti-competitive business practices, like the employing of monopoly power. Outside of the Justice Department’s Antitrust Division, no government agency is more responsible for competition policy than the FTC.”

Score one for the Google. They appear to have joined forces with Trump to make sure no high-tech billionaire is harmed in the relentless march toward monopolistic capitalism. Are they still “our” billionaires, or just their own?