A switch to daylight saving time could be lifesaving for koalas, researchers say LA Times

Markets Splinter WSJ. “Correlations are breaking down in the wake of the U.S. election, ending a long period in which assets’ tendency to cluster frustrated traders.”

Charlie Rose Talks to Sebastian Mallaby Bloomberg. Much more interesting than the headline. Biographical details on Greenspan, and a call on Trump v. Yellen.

A week that could shake the world Australian Business Review

What Will Italy’s Referendum Mean for the Euro? Bloomberg

The outcome of Italy’s referendum may be decided in Castelnuovo di Porto LSE Blog. That is, by Italian expats, 8% of the electorate.

The president, the shaman and the scandal engulfing South Korea FT

People are treating the DAPL protest like Burning Man Dazed

Oregon Community Just Donated Tiny Homes and Solar Energy to DAPL Water Protectors Free Thought Project. But see the wish lists linked to and described here. Winter is coming, and I’m not sure that tiny homes and solar energy are on-point for the needs expressed by the protectors themselves.

‘It was a fad’: Many once-hot viral publishers have cooled off Digiday

Trump’s financial plans promise another Great Recession Barney Frank, Boston Globe (Furzy Mouse). “But the major beneficiaries of total repeal [of Dodd-Frank] are the largest financial entities. I understand why those who believe absolutely in an unregulated market advocate a return to the process that risks repeating 2008. I do not understand how this stance complies with Trump’s promise to vindicate the interests of average working people against those who stand at the top of the economic structure.”

Yes, Betsy DeVos Can Privatize Large Numbers of Public Schools, with the Help of Red States Diane Ravitch. Have I missed where @Deray and other TFA alums in the #BlackLivesMatter elite called out DeVos? And New book: Obama’s Education Department and Gates Foundation were closer than you thought WaPo (from August). Must have been really close, then.

Potential Conflicts Around the Globe for Trump, the Businessman President NYT. In a way, this inverts the problem, which is not “conflict” but the class interests of the oligarchical faction dominating Trump’s cabinet.

Can We Expect Courageousness From Our Elected Officials? Down With Tyranny

When Is Responsible Democratic Governance Possible? The Classical View: Never Bradford J. DeLong. I feared a liberal genre piece on why stupid voters should be disenfranchised; fortunately, I was wrong.

America now looks like Rome before the fall of the Republic The Week. “On Tuesday, America rejected a patrician and elected a tribune. Let us hope we see some genuinely Gracchian reforms, and let us hope they work this time. Because if not, I fear that, though I might not, my children will one day see a Caesar cross the Potomac.”

Bernie Sanders Is Still Campaigning for Our Revolution Truthout

The liberal elite’s Marie Antoinette moment Wolfgang Münchau, FT. “The correct course of action would be to stop insulting voters and, more importantly, to solve the problems of an out-of-control financial sector, uncontrolled flows of people and capital, and unequal income distribution.” Not “would be.” Would have been.

Election Therapy From My Basket of Deplorables MoDo, NYT

Not understanding the right Stumbling and Mumbling

A. Barton Hinkle column: The liberal postmortem is not going well Richmond Times-Dispatch. I like the Turing Test at the end.

Green Party Calls For Recount, Wants To Push For Open-Source Voting Machines Slashdot. No, no, no. No machines. Hand-marked paper ballots, hand-counted in public. Not only has Stein raised millions on a recount drive that is highly unlikely to affect the electoral outcome, whatever money’s left over is going to go for a technical fix that will put more voting machines in place, and can’t possibly guarantee they won’t be hacked (bugs in well-known open source libraries have persisted, undiscovered, for years or even decades). What a year this has been!

Listening and Responding To Calls for an Audit and Recount Marc Erik Elias, Medium

The Void Left By Apple Hackernoon

The World If … drugs become legal The Economist 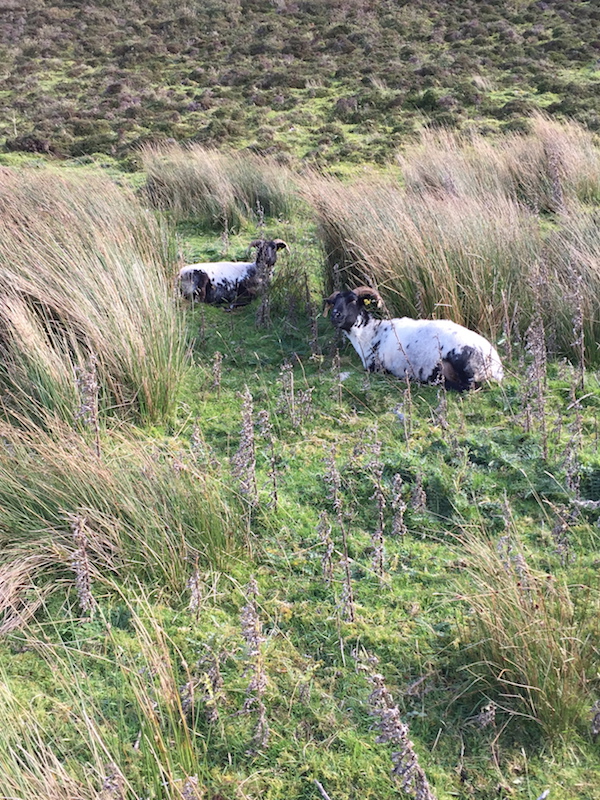 AM writes: “Grasses and sheep (I think??) from County Sligo.”