Today is Pearl Harbor Day. As the Second World War recedes from memory, less and less note is taken of the “day of infamy”. But we do have:

Where European democracy goes to die Politico. Dan K: “They forgot the quotes around ‘democracy.'”

Italian state must act as backstop to bolster banking system Financial Times. I wish I had time to shred this, but there is some remarkably confused thinking on display.

Must do better: British schools fail to impress in world ranking The Times

A random bit of intelligence: The big reason I don’t own a smartphone is I want to leave the Internet when I leave my desk. But a second and almost as large reason is I do not like being GPS tracked all the time (yes, I know I can be located when using a cell phone via triangulation). I have been told that the GPS can be disabled by taking a phone to specialist repair shops like UBreakIFix and they can cut the connections to the chip that does the GPS locating. That means of course than functions that rely on knowing where you are won’t work and you’ll have to input that info manually. I have no idea if this can be done on tablets.

These Toys Don’t Just Listen To Your Kid; They Send What They Hear To A Defense Contractor Consumerist (Kevin C)

I respect Gen. James Mattis' service & leadership, but I cannot support a waiver. Civilian leadership of the military is too important. pic.twitter.com/hVclgtINpp

The Investment Firm Started by Trump’s Commerce Secretary Pick Was Accused in Fraud Case Mother Jones (DO). We’d mentioned this earlier; glad to see someone write about it.

I might scrap out-of-control Air Force One, warns Trump The Times. Note dispute on cost. Dunno if still true, but you used to be able to get used 747s for very cheap because they are such fuel hogs.

Troubling op-ed in Trump in-law’s newspaper calls for FBI crackdown on anti-Trump protests Raw Story (furzy). Here is the actual story: Comey’s FBI Needs to Investigate Violent Democratic Tantrums Observer. The headline is a wowser. As we wrote, the anti-Trump protests were so small in terms of number of participants as to suggest that the opposition wasn’t all that serious.

Voters Sue Demanding Florida Recount, Believe Clinton Won Law News (furzy). The article has the complaint embedded at the end. Some of the detail:

While the complaint says, “There is massive evidence of electronic voting machine malfunctioning,” it does not actually provide any such evidence. Instead, it uses a long list of opinions from various individuals regarding the computer system’s security in general, each drawing the conclusion that Florida’s election could have been hacked.

Look who decided to join the battle now that it's over.

You ignored us when we needed you @SenWarren -for the 2nd time this year. #NoDAPL pic.twitter.com/8PnGqIHvcB

“We beg for your forgiveness”: Veterans join Native elders in celebration ceremony Salon. Martha r: “Has video of forgiveness ceremony.”

Stop calling everything fake news Slate (reslic). I’ve been saying for a while we live in an informational hall of mirrors.

Site Smeared as ‘Russian Propaganda’ Demands Washington Post Retraction Common Dreams. Thanks for the members of the Twitterverse who talked up our nastygram! It appears to have gotten a good bit of attention.

Want a Job in Silicon Valley? Keep Away From Coding Schools Bloomberg (resilc)

Time Magazine Promotes Illegal Nonsense: Don’t Pay Taxes (If You Didn’t Vote for Trump) Michael Shedlock (EM). Is this some sort of plot by the Time Magazine to get Clinton diehards into a world of hurt? The folks who try not paying the IRS, claiming income taxes are unconstitutional, get crushed. And they at least have an argument of sorts.

Supreme Court Tackles Insider-Trading Confusion: QuickTake Q&A Bloomberg (Li). This is an important win for the SEC, although it has the unfortunate side effect of validating its fixation with pursuing insider trading cases at the expense of more serious abuses.

Portland to vote on taxing companies if CEO earns 100 times more than staff Guardian (martha r). NC featured this idea long ago, in 2011: Doug Smith: The Maximum Wage. Note the proposed enforcement mechanism was different and the maximum was lower: 25x the pay of the lowest-paid worker. To be serious, you’d need to craft it to include the full-time equivalent pay of part-times and the net pay to contract workers.

Antidote du jour (Philip P). I’ve been amazed to see how bold the wild turkeys have become on the island (connected by bridges to the mainland) in Maine in the last four years. It’s become routine to see them wandering about pretty casually. Wild turkeys are smart and normally wary, so this is a big change in behavior (my father hunted them and they were difficult to get near back in the day). 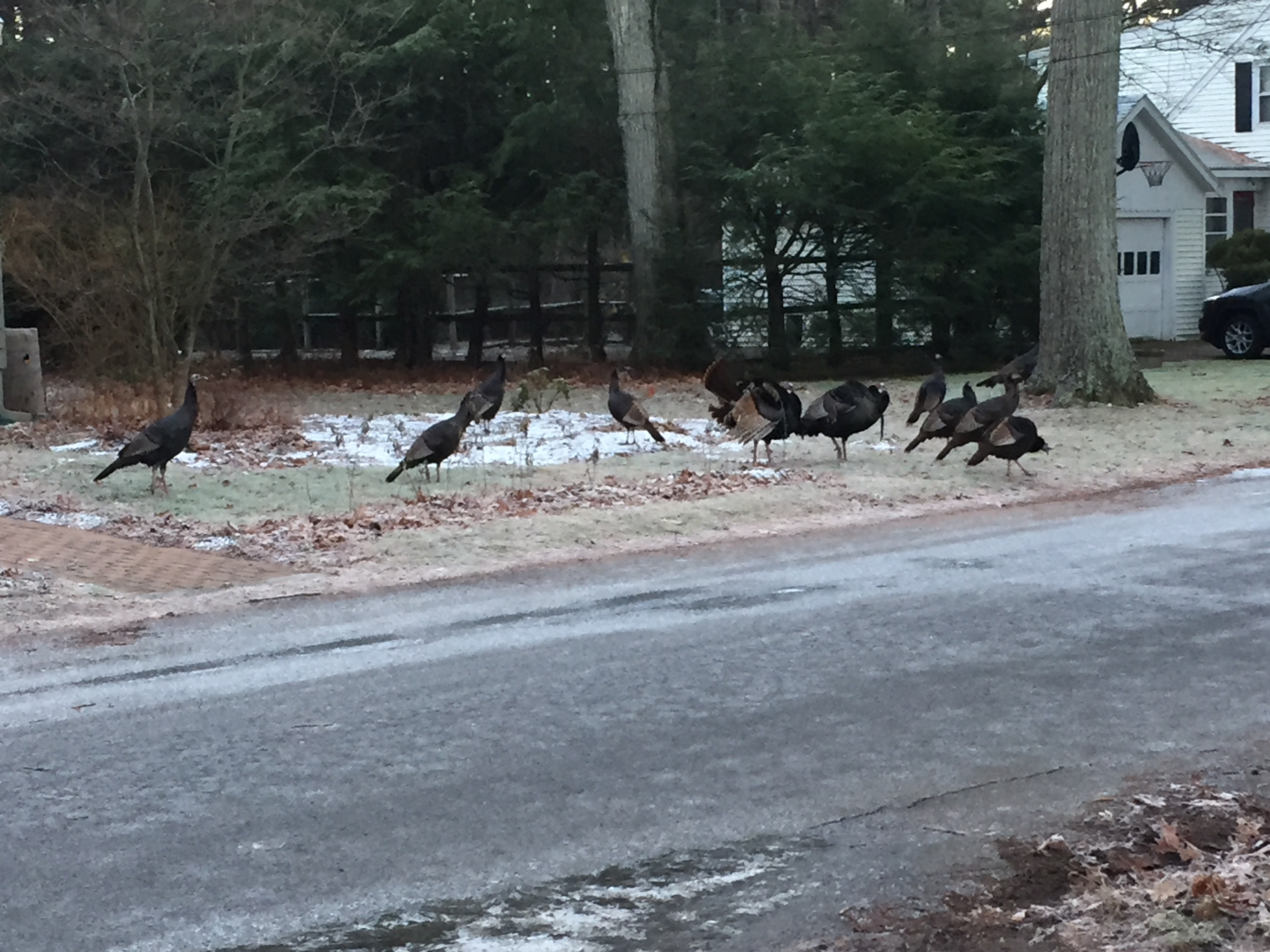