Even After May’s Speech, Brexit Details Are Foggy WSJ

Is Theresa May’s Brexit Plan B an elaborate bluff? FT

Robert Rubin on the Future of US-China Relations The Diplomat

The ‘Internet of Bicycles’ is China’s latest export FT

I guess we’ll see about the Teflon…

Trump Inauguration: How Networks in U.K., Russia, Mexico and Beyond Will (or Won’t) Cover It Hollywood Reporter

Everything you need to know about Donald Trump’s inauguration Politico

On Inauguration Eve, Trumpsters party in the ‘swamp’ of Washington Reuters

Soros Says Markets to Slump With Trump, EU Faces Disintegration Bloomberg and Buffett Says He Supports Trump’s Cabinet Picks ‘Overwhelmingly’ Bloomberg. ZOMG! Even the good billionaires are fighting amongst themselves!

Economy under Trump: Plan for the worst Larry Summers

Trump’s Transition Looks an Awful Lot Like the Start of Crony Capitalism Vice (Re Silc). The start? Really?

A Trump Administration, With Obama Staff Members Filling In the Gaps NYT

Trump on Health Insurance, NATO and the EU Ian Welsh

NATO Called ‘Obsolete’ By Trump, Anyone Who Saw Them Fight In Afghanistan Duffel Blog

On His Way Out the Door, Obama Bombs Libya One Last Time Common Dreams

Obama’s parting gift to foreign entrepreneurs: A new way to stay in the US VentureBeat

Obama Parting Shot Aims At Brennan, Clapper, Clinton: “The DNC Emails Were Leaked” Moon of Alabama. And Obama is a very careful man. He doesn’t “mis-speak” a lot.

The Real Reason Any Russian Meddling Is an Emergency The Intercept. Not so much the “meddling” itself, but Trump’s reaction to it, which is not to propose an independent commission. Although one wonders, at this point, where the members of such a commission might be found….

The Reason Why Booker and the Big Pharma Dems Have No Excuse Richard Eskow, Moyers and Company

This is how American health care kills people The Week. A balance-billing horror story.

I think, after giving due consideration to all relevant factors, that it’s time for a cute cat video. Antidote du jour: 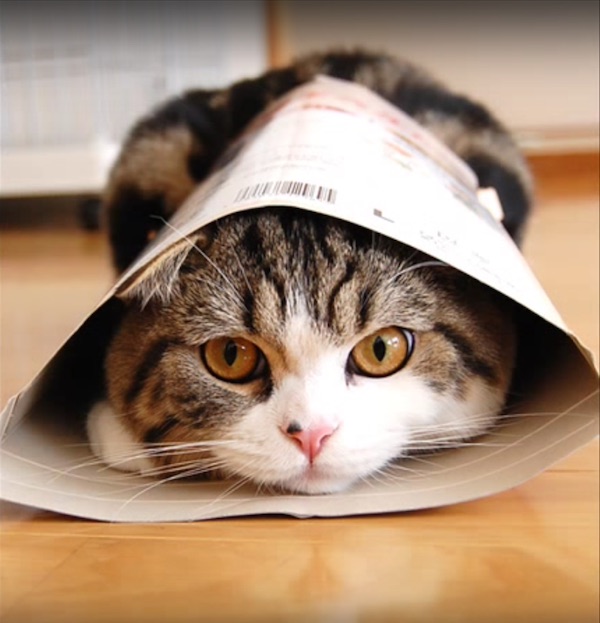