Jon Corzine to Pay $5 Million for Role in Collapse of MF Global WSJ. Of course, if he’d stolen a loaf of bread from a convenience store….

Is Emirates Airline Running Out of Sky? Bloomberg

Digital Dunkin’: Non-Tech Firms Crash CES, Looking to Connect WSJ. “Scott Hudler, chief digital officer at 66-year-old Dunkin’ Donuts, brought a team this year to learn how self-driving car technology could inform a passenger of the closest Dunkin’ location and how to reroute the car to make a coffee stop.”

Apple survived a horrible 2016 and the end of its golden age. Now what? Venture Beat

Capitulation Time.code(). Guy needs a Mac Pro, which Apple is trying to kill through neglect, so he can keep writing iOS books.

We can’t wash our hands of Britain David McWilliams

U.S. Intelligence Report Identifies Russians Who Gave DNC Emails to Wikileaks Time. Anonymous sources anticipating the publication of the (unclassified) report on “Russian hacking” that Obama was briefed to yesterday, Trump will be today, with the public version to be released next week. (Besides the public version, there is a “Top Secret” version, and an “uncompartmentalized” version.) Watch out for squalls.

Emails were leaked, not hacked Baltimore Sun (MR). Binney and McGovern mainstreamed, albeit on the outer limits of the Beltway.

The Enemy Du Jour Is Always Hacking Moon of Alabama

FBI: DNC rebuffed request to examine computer servers CNN and FBI, Dems bicker over investigation of hacked servers The Hill. It’s hard to think of a good reason for the DNC to be doing this, given the problems it creates for “the narrative.” In yesterday’s hearing, Clapper said the CIA’s sourcing on “Russian hacking” is “fragile,” meaning probably HUMINT — ***cough*** Curveball ***cough*** — and the JAR report evidence is based solely on third-party CrowdStrike analysis. So far, what we have is human verification on a “trust us” basis, and technical verification of a DNC “hack” coming from a DNC vendor, though perhaps there will be more in the forthcoming report. Oh, and what didn’t the DNC want the FBI to see?

The FBI’s new server screwup isn’t as bad as it sounds The Verge. “This is normal practice.” Except the context — charges of treason, a war scare, a contested transition of power — isn’t normal at all. And this isn’t a year where “trust us, we’re professionals” has the traction it used to.

U.S. intercepts capture senior Russian officials celebrating Trump win WaPo. “Those and other data points are at the heart of an unprecedented intelligence report being circulated in Washington this week… The classified document, which officials said is over 50 pages.”

Literary Agents The New Republic (MR). “Gloria Steinem, who worked with the CIA in the 1950s and ’60s, ‘was happy to find some liberals in government in those days,’ arguing that the agency was “nonviolent and honorable.'” Yes, that Gloria Steinem. Admirably consistent.

Defense Firms Cash In Amid Soaring Demand for Munitions WSJ

Democrats Denounced Sanders’ Ideas as “Impossible,” Now Many are Starting to Materialize Counterpunch

How to repeal and replace ObamaCare today? Use Medicare. The Hill. Too simple.

Trump is about to have a lesson in Civics 101. Daily Kos. Maybe. On the other hand, people who have underestimated Trump have been consistently wrong. And it’s not clear the Democrat nomenklatura can, at this point, give lessons to anyone.

Beyond Anti-Trump Paul Street, Counterpunch. The nice thing about #Resistance, conceptually, is that the most favorable outcome is a return to the status quo ante.

ECONOMISTS IN AN ALIENATED SOCIETY Stumbling and Mumbling

The Death Of Expertise The Federalist (DK). 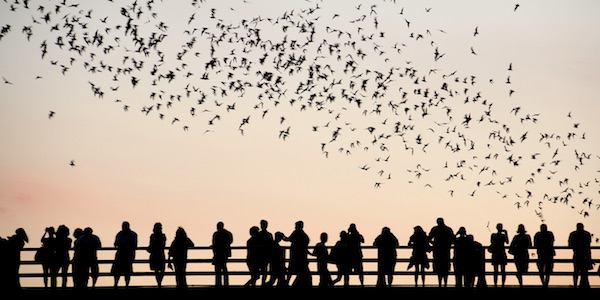