Yves here. This is a short but important illustration of how having the unified voice of the mainstream media plus the many allies of the Democratic party in the punditocracy and The Blob all working as hard as they can against Trump is not proving to be as effective as they’d have you believe, even with them putting Trump on the defensive for his almost daily unforced errors.

Recall that we warned that Trump would be forgiven a great deal if he increased wages and lowered unemployment. Keep your eye on that ball.

For those of you who may be cocooned in the liberal blogosphere, I’m afraid I must administer a cold slap in the face.

Here is the graph of Gallup’s Economic Confidence Survey from its inception nearly 10 years ago. Notice that spike to new highs right at the end? 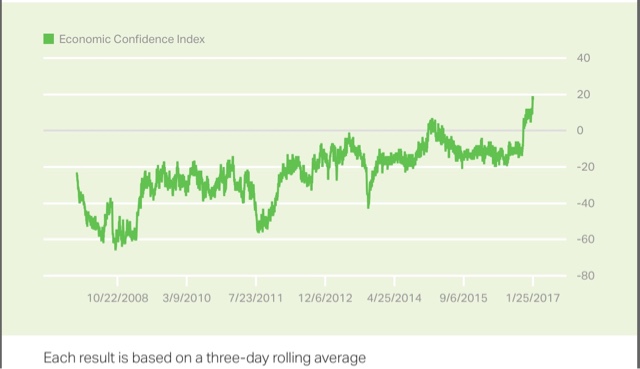 Let’s zoom in for a closer look, as in the last 3 months: 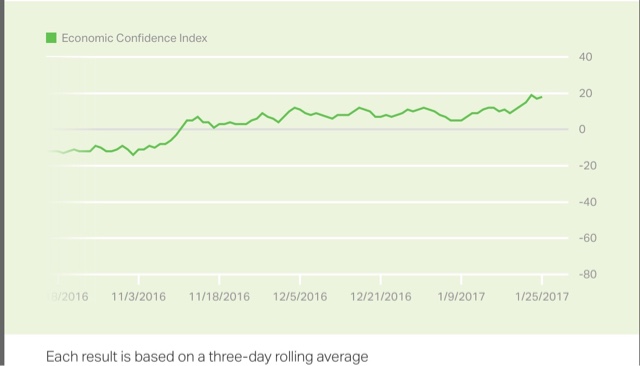 The first surge of +10% in confidence happened right after the November elections Democrats got less confident, but nearly 40% of GOPers became increasingly confident in the economy.

Trump is solidifying his support.