Too much water: How Oroville Dam problems became a crisis LA Times.  Bob’s been monitoring the situation from afar:  “The pictures in the morning should tell a story. You’ll see how much material has been moved, and how futile dumping handfuls out of helicopters is.

Spending a ton of money to add projectiles to the water. The dams downstream must be very clogged, which is another thing to watch.”

Oroville Dam: Thousands evacuated in California after plans for emergency spillway fail Independent (includes video clip). “This is not a drill.”

‘This is the worst I have seen’: California’s roads are in dire shape, says former Caltrans director LA Times

Why Cities Are Demolishing Freeways The American Conservative

What do gorilla suits and blowfish fallacies have to do with climate change? The Conversation

Bias in the ER Nautil.us. The latest from Michael Lewis.

Erasing yourself from the Internet is nearly impossible. But here’s how you can try. WaPo

In Jharkhand, compulsory biometric authentication for rations sends many away empty-handed Scroll.in

On the Line Jacobin

The Origins of the Overclass Huppi.com (Chuck L)

Does Depression Have an Evolutionary Purpose? Nautil.us (Micael)

Will Edward Snowden Return To The US? NSA Leaker ‘Not Afraid’ If Russia Hands Him Over To Washington International Business Times

Heat is on China after North Korean missile test SCMP

When it comes to Brexit, is the City a help or a hindrance? New Statesman

The global targeted killings bandwagon: who’s next after France? The Conversation

TPP is dead, but its legacy lives on The Hindu

The Labor Movement Must Learn These Lessons From the Election The Nation. (ChiGal). “This article was an eye-opener for me and might be for others like me who don’t have a background specifically in the labor movement but rather a broader commitment to social justice. It gave me a framework for understanding the debate of late amongst commenters.”

Obama wanted to be the high-speed rail president. It might be Trump instead. McClatchy

Antidote du jour (J-LS photo, rose-ringed parakeet, Gir National Forest, October 2016) Far from the best of photos, from a technical perspective, but I like the expression: Feisty? Quizzical? (Or am I just projecting excessive anthropomorphism?): 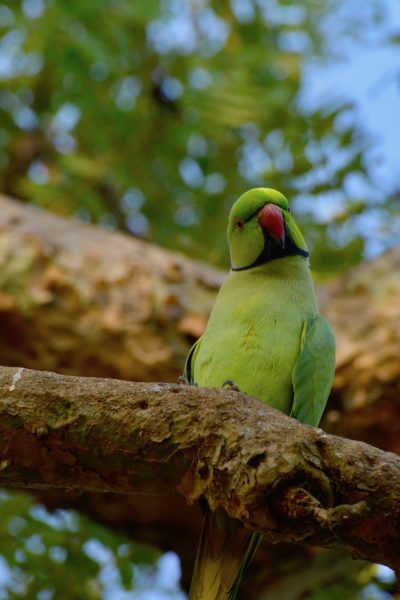